As its half term, I have been able to do lots of birding. On Monday, Dad and I went to Minsmere. We started off at North Hide. We got the usual ducks, but no Pintails. We also got Dunlin, Cetti's Warbler, Oystercatcher, Marsh Harriers and common passerines. We then spotted one of the Redhead Smews. It wasn't distant, but the light was poor, as a result of this poor picture. 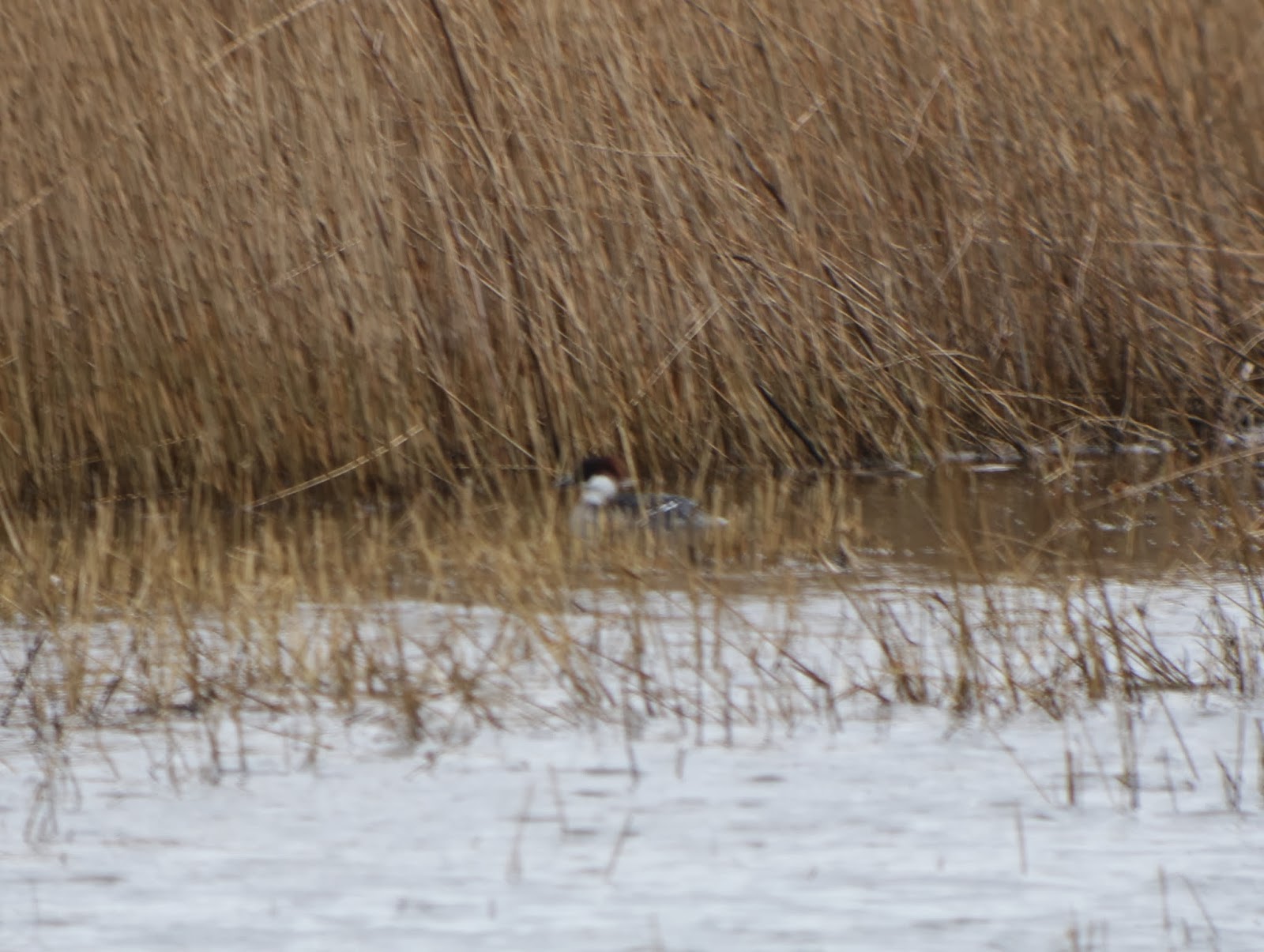 We then went out to look onto the sea, and got around 30 Red-throated Divers, and a Guillemot which was a welcome fly-past. Public Hide produced another Redhead Smew and a Goldeneye showing well, but this pic was taken with my little camera, so it looks distant in the photo, but it was only about 60 yards away.... 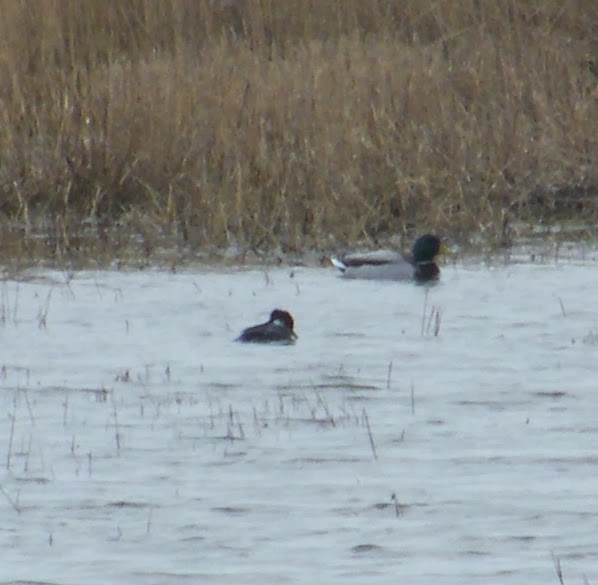 We then went back to the visitor center to have lunch, and I had Prawn Mayonnaise Jacket. Absolutely gorgeous. We then headed out to Bittern Hide. Not much in there, apart from a distant Kingfisher and another Marsh Harrier. We then went on to Island Mere, and got Snipe, Otter and a flypast Bittern. 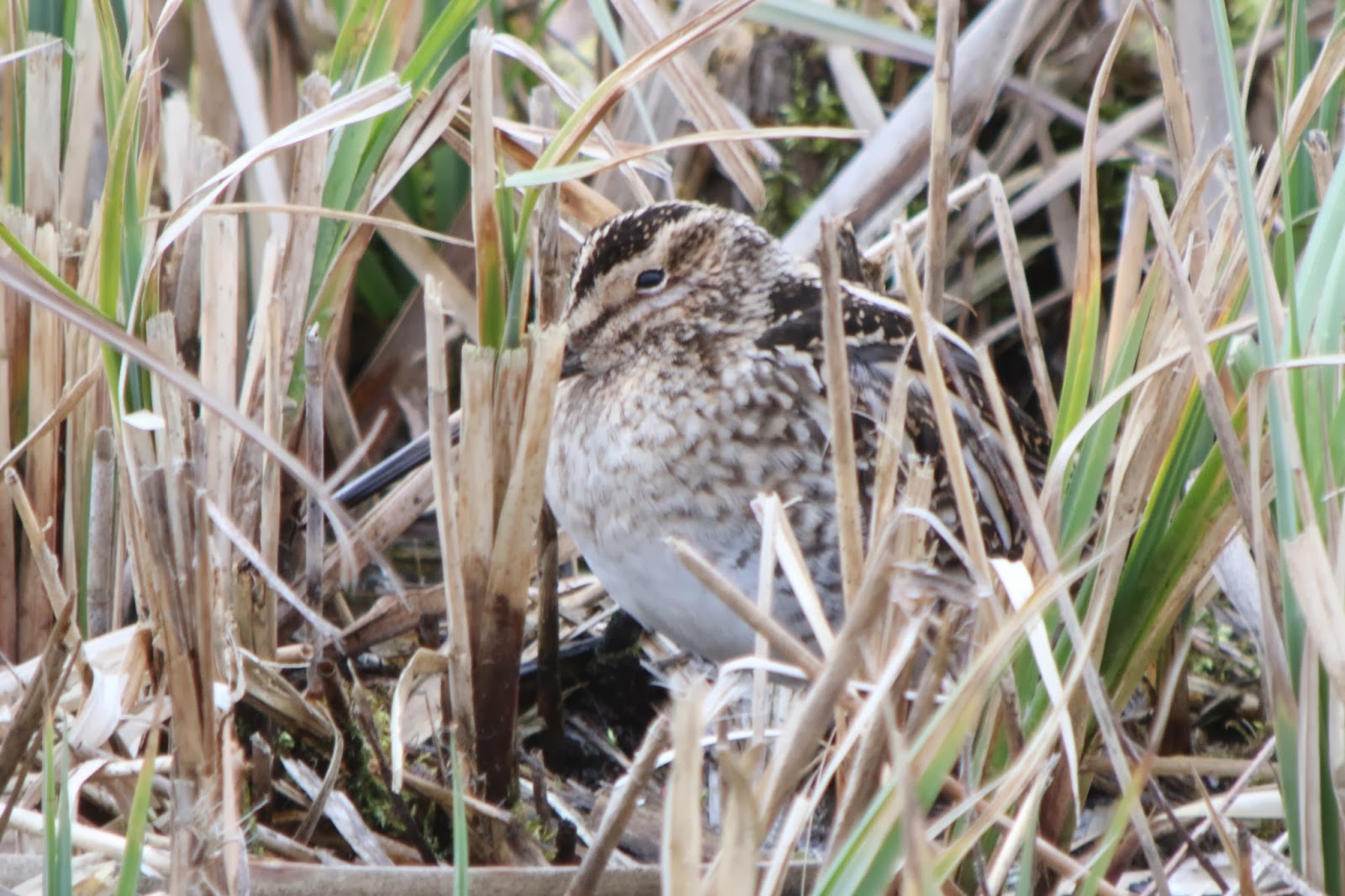 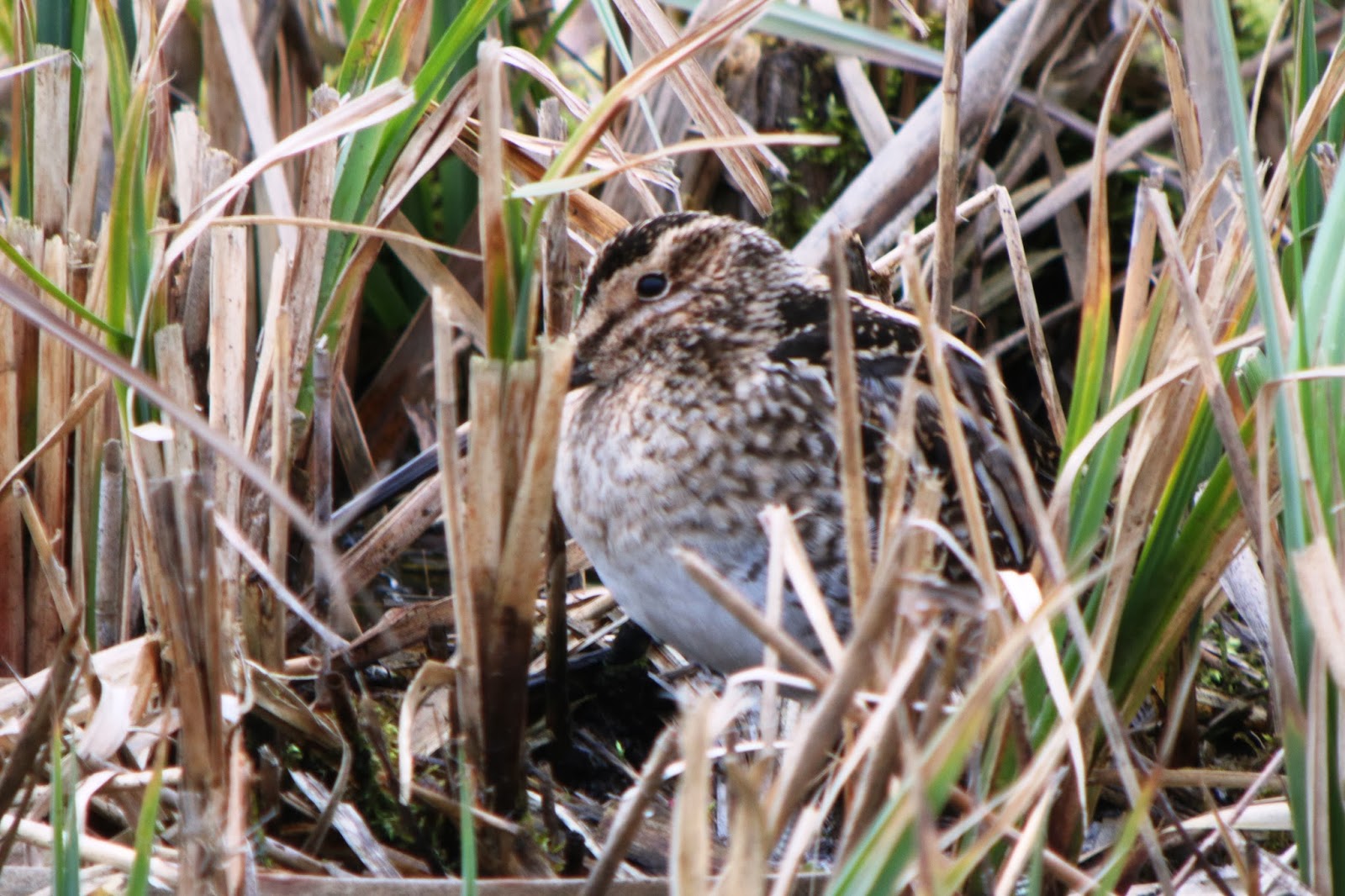 Final stop was at Westleton Heath, where we got a brief Dartford Warbler on the top of the heather before it flew off. Not a bad day. Better than going to school hey!