Last night, Dad took me down to Theberton in the chance of catching the local Bee-eater flock coming in to roost in the black poplar trees down Moat Road. There has been 10 birds present, which have been frequently seen in the evenings and mornings before flying off for the day, and coming back to roost. When we arrived, we were shocked to see the amount of people that were there. There was probably about 70 people! We only expected a handful!

After chatting to several known faces (always great to have a catch up), the clock approached 7:30, and we were all wondering whether they were going to turn up, when all of a sudden, the fluty calls alerted us to them passing overhead, and then landing on the wires. An incredible moment! What fantastic colours on a Bee-eater! But not 1, 10 of them. Amazing. Here are my phone-scoped shots... 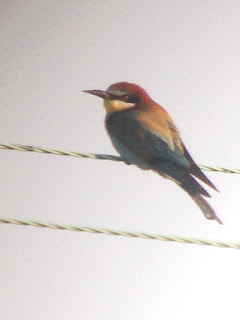 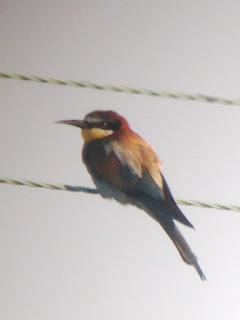 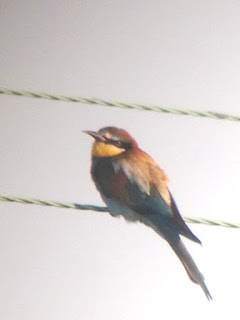 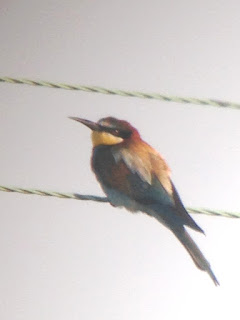 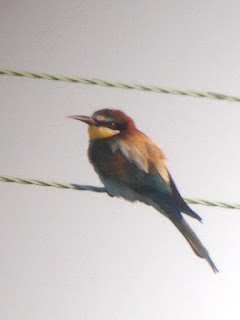 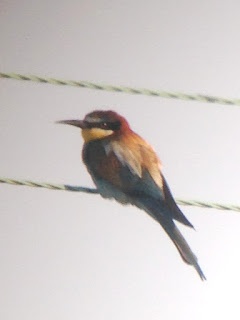 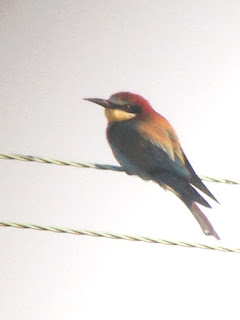 And here are my shots with the camera... 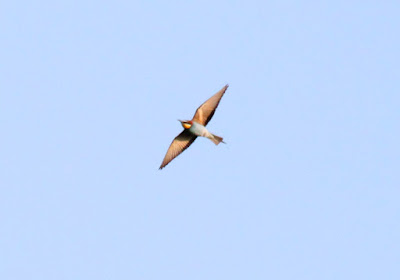 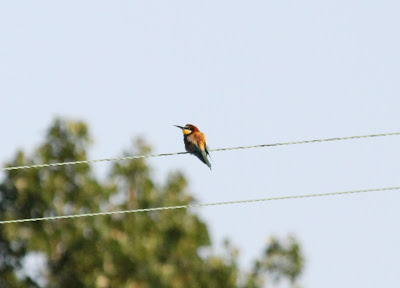 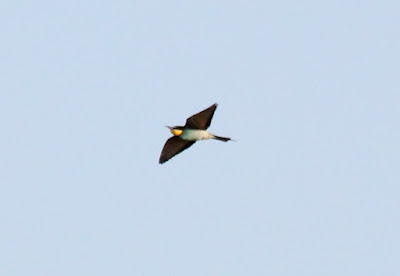 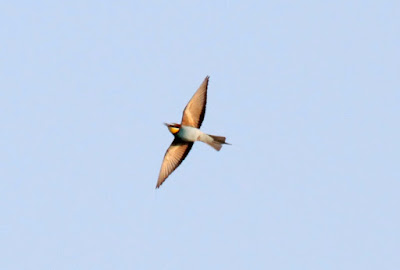 Sorry for the lack of posts over the last couple of months. I have had a week of mock exams, so there was a lot of revising and extra work which restricted my time to do a blog post. This post is a bit of a liquorice allsorts as to what it contains, so here goes...

On the last day of Springwatch, we were on Unsprung in the audience, so if you spotted a young lad with blond hair with his mum and dad, that was me! Because of Springwatch I was down guiding at Minsmere on most weekends over a month or two. Highlights and year ticks have been Gannet, Arctic Tern, Garganey, Great White Egret and the usual bits and bobs you would expect. The Bearded Tits have been showing well along North Wall.. 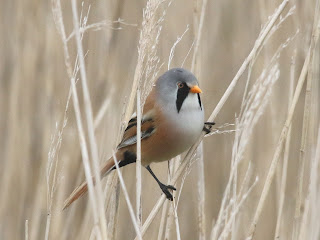 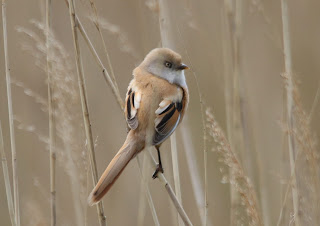 Here is the Arctic Tern, and one of 3 Spotted Redshanks that were present on the 21st June... 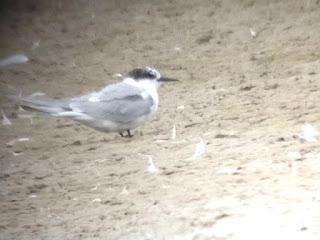 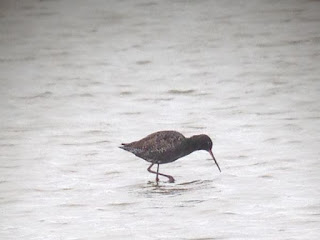 Moving on to the the patch and I had my first year tick for 2 months over the house last Monday, but boy was it a tick............. a HONEY BUZZARD! And best of all, it was over my garden! Unfortunately, I didn't get a picture, but my local Common Buzzards were up with it, and you could compare the 2 species very easily.

We have also been out with our good friend David a lot too, and Mum and I joined him to go and look at Scarce Emerald Damselflies near Redgrave. It was a great learning experience for me to distinguish the differences between Scarce and common Emerald Damselflies by getting them close up in pots... 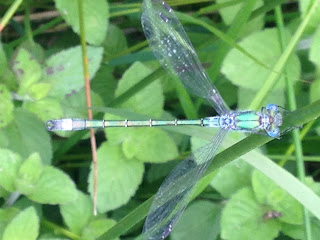 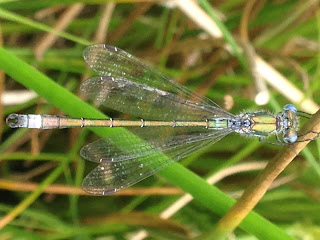 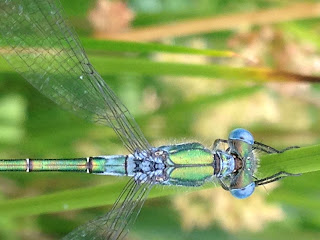 sorry but the pics are on the wonk for some reason!

Also on this day, we went to see some Orchids, where we saw Common and Heath Spotted, Southern Marsh and the rarer race of Early Marsh Orchid. 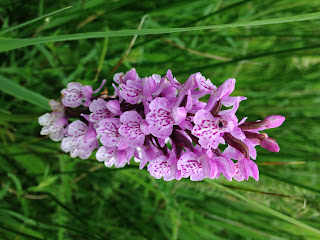 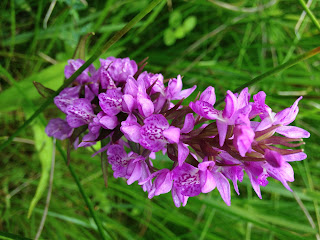 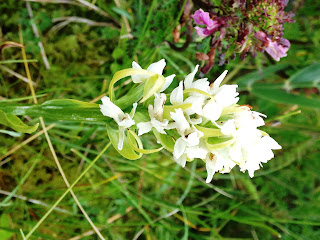 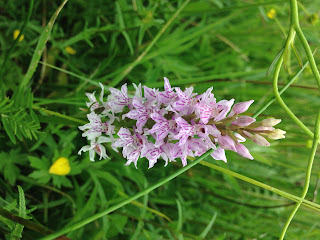 Common Spotted, but again, all on the tilt!

We have also been to the Brecks with David, where we have seen Nightjar, Tree Pipit, Barn Owl and Long-eared Owl.