The One That Got Away!

Dad took me up to North Norfolk on Sunday to try and see one of my bogey birds, Pallas' Warbler. This was the first time we had twitched one, and we were hoping for the Holkham bird to put in an appearance, so that's where we started.

We arrived at Lady Annes Drive at about 11am. Loads of birders and dog walkers walking about, and a strong wind blowing too which weren't ideal conditions. A Pallas' Warbler had been seen at the west end, which was a long walk, so we decided to risk the Cley bird in the afternoon. However, we managed to find a Firecrest and a vocal (but hidden) Yellow-browed Warbler just west of the road, but apart from about 100 Goldcrests (!!!) not much else.

ALERT: It had just came in on the pager that a LONG-EARED OWL had been seen at Walsey Hills! OMG! This had been a target bird for Dad and I for years, and now a twitchable one turned up, wow!

On the way to Walsey Hills, we went to Eye Pool, Cley, and caught up with the Grey Phalarope. Very obliging bird, even in the gale force winds... 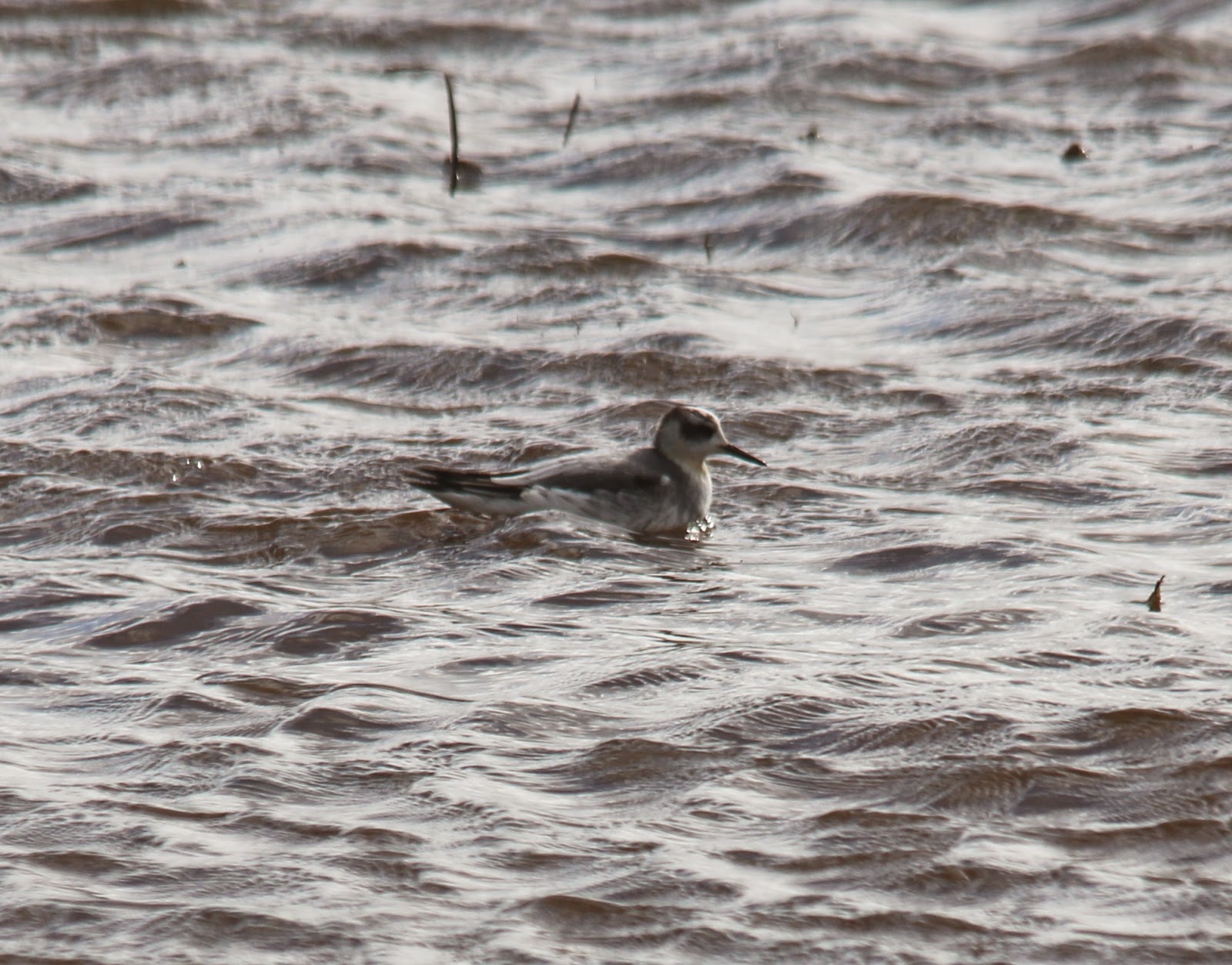 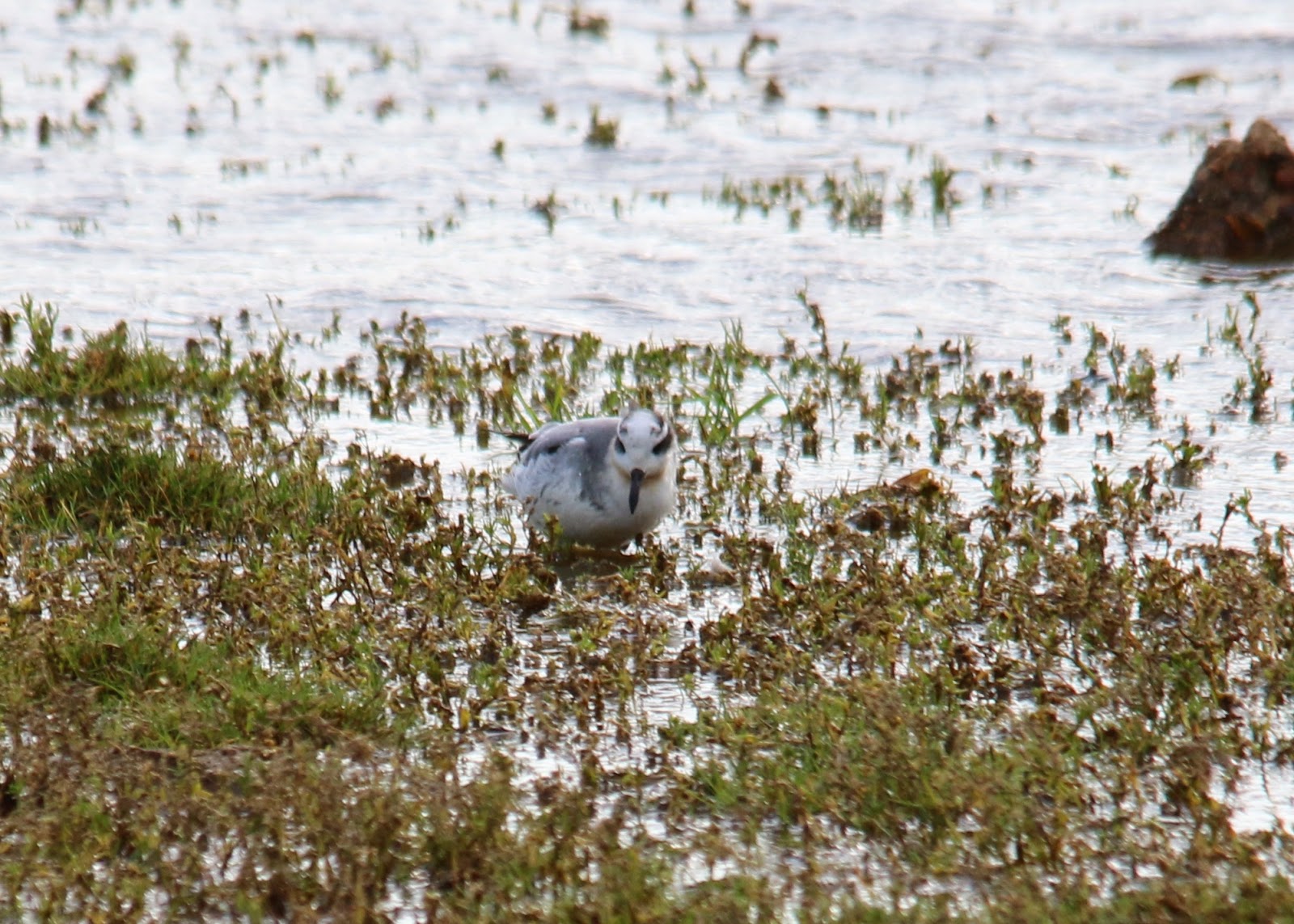 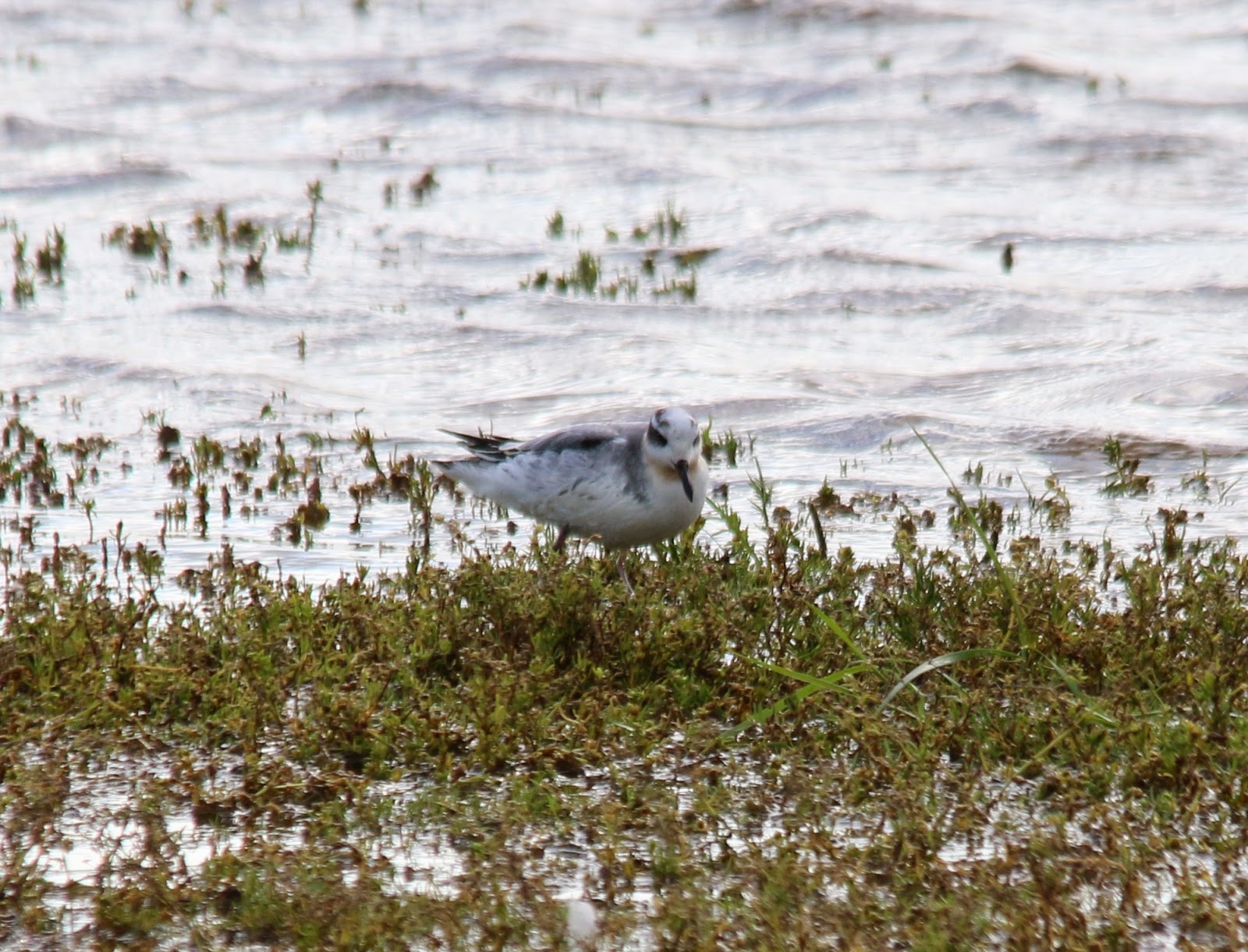 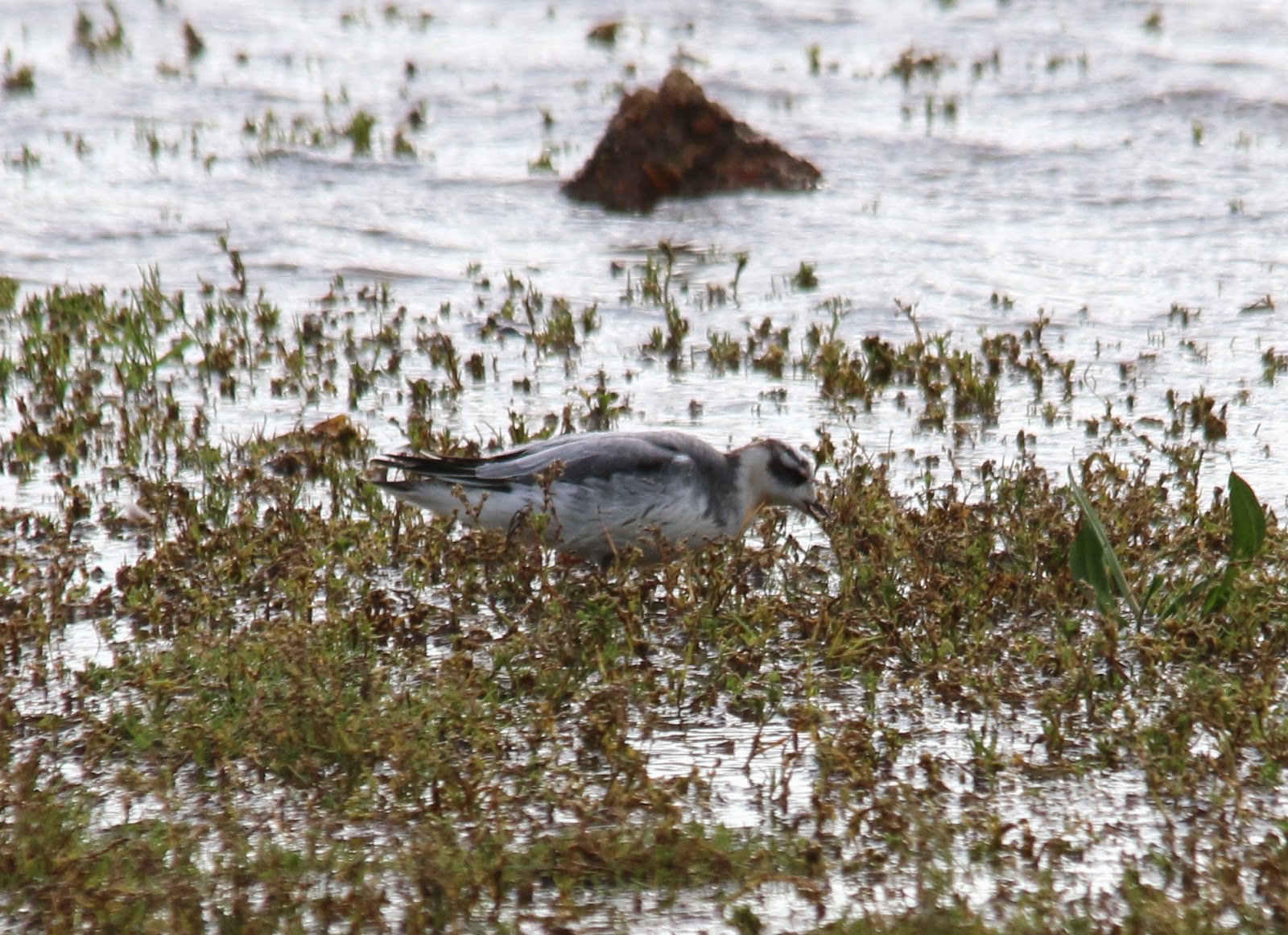 We then headed to Walsey Hills, but the car park and surrounding road was full of cars, so we had to park in the Cley Visitor Centre, and walk back! Anyway, as soon as we got into the bushes, we could see about 20 birders looking at the Long-eared Owl, but we couldn't see it at first. I scanned with my bins, and couldn't believe I was looking at my first ever LONG-EARED OWL!!!! What a bird. It was much larger than I expected. It was only about 12 yards away. INCREDIBLE!!! That's what you call a bird! 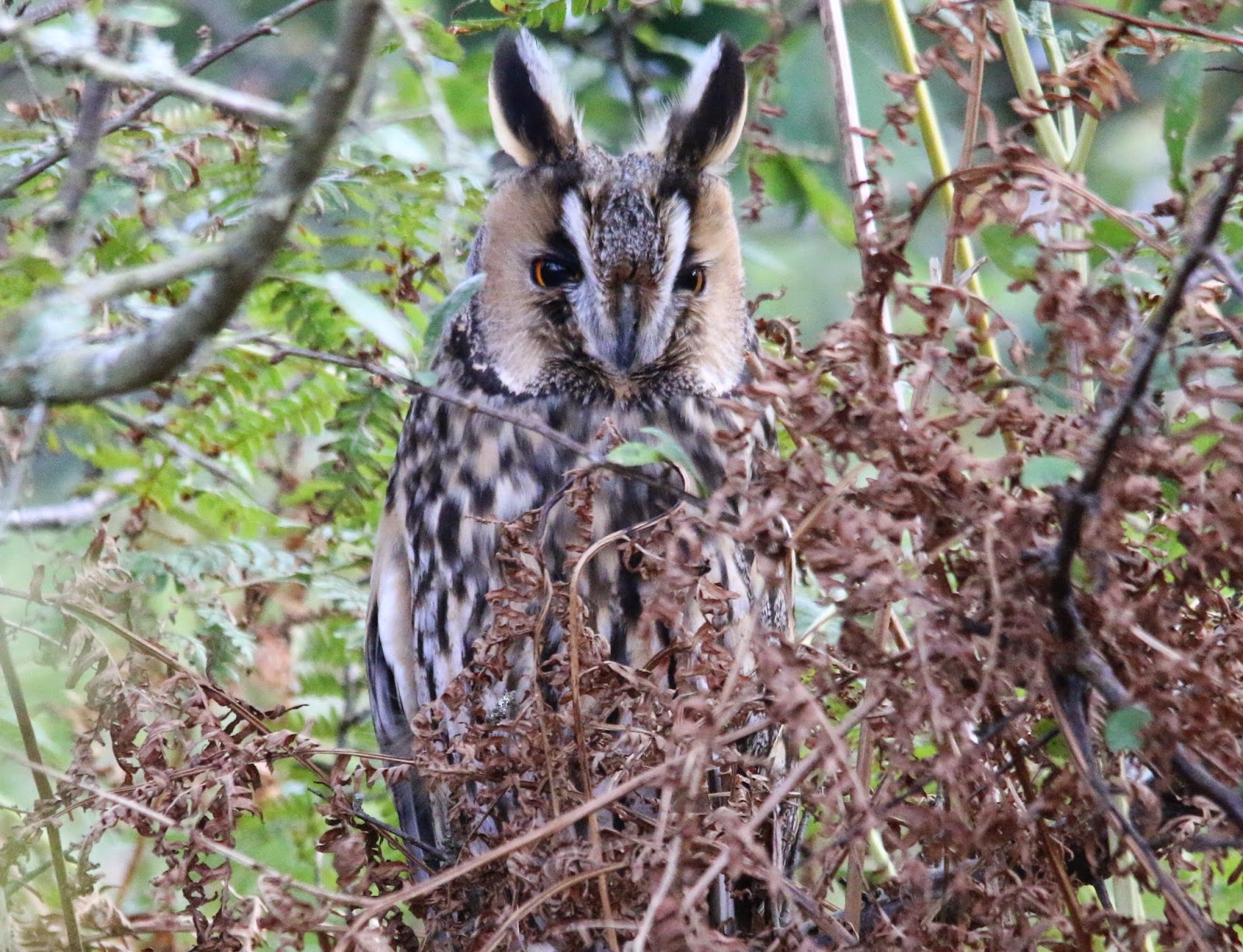 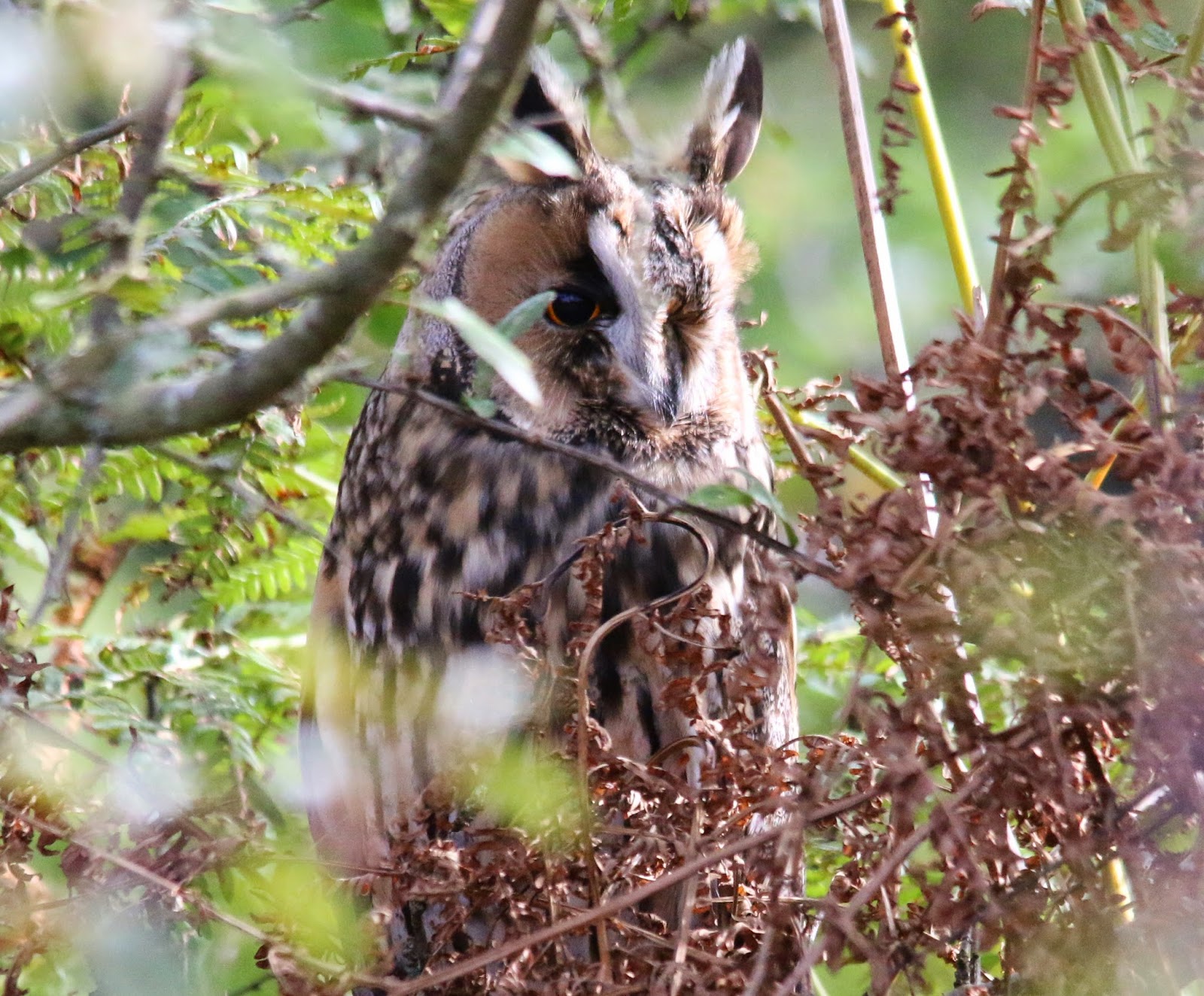 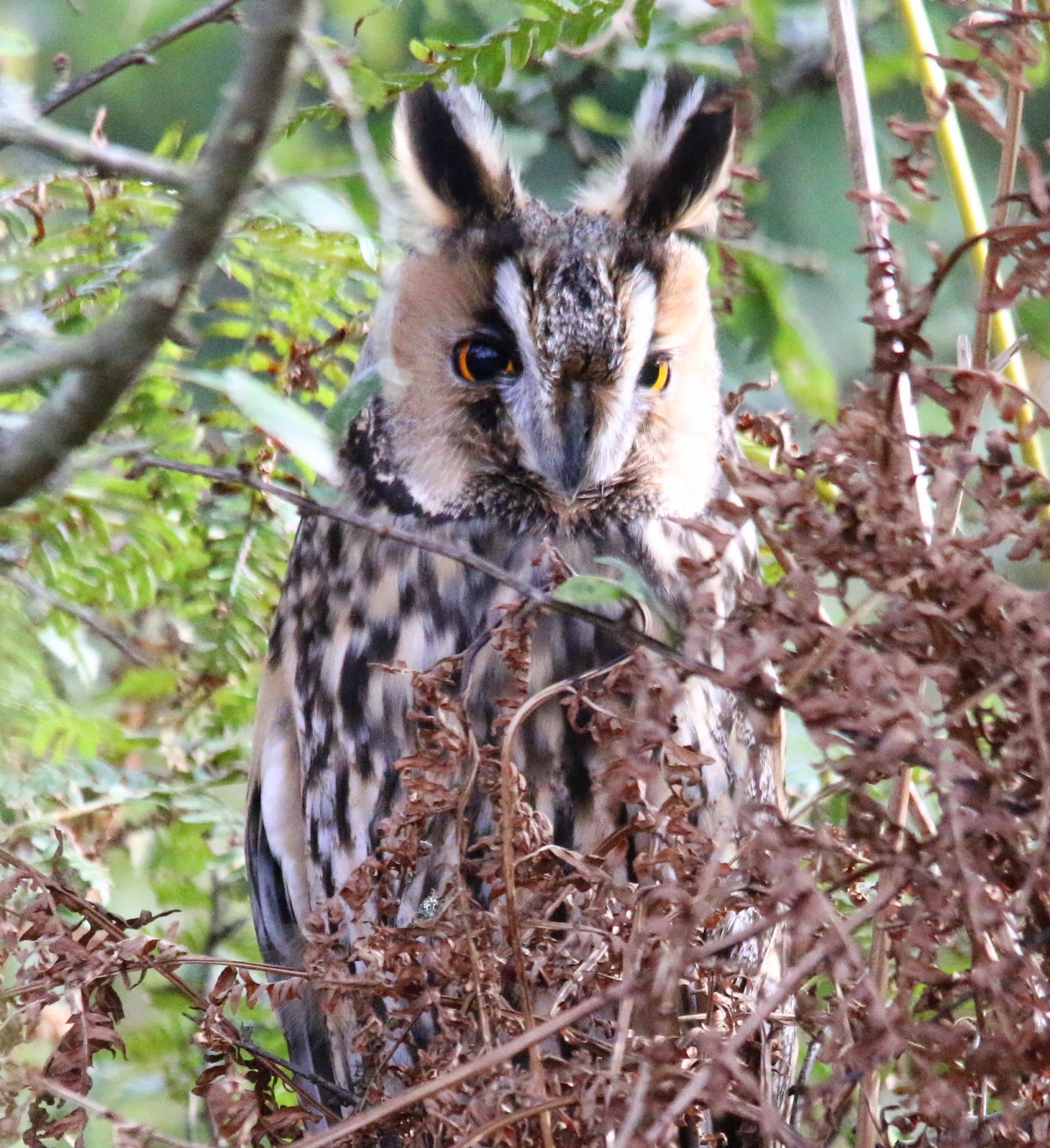 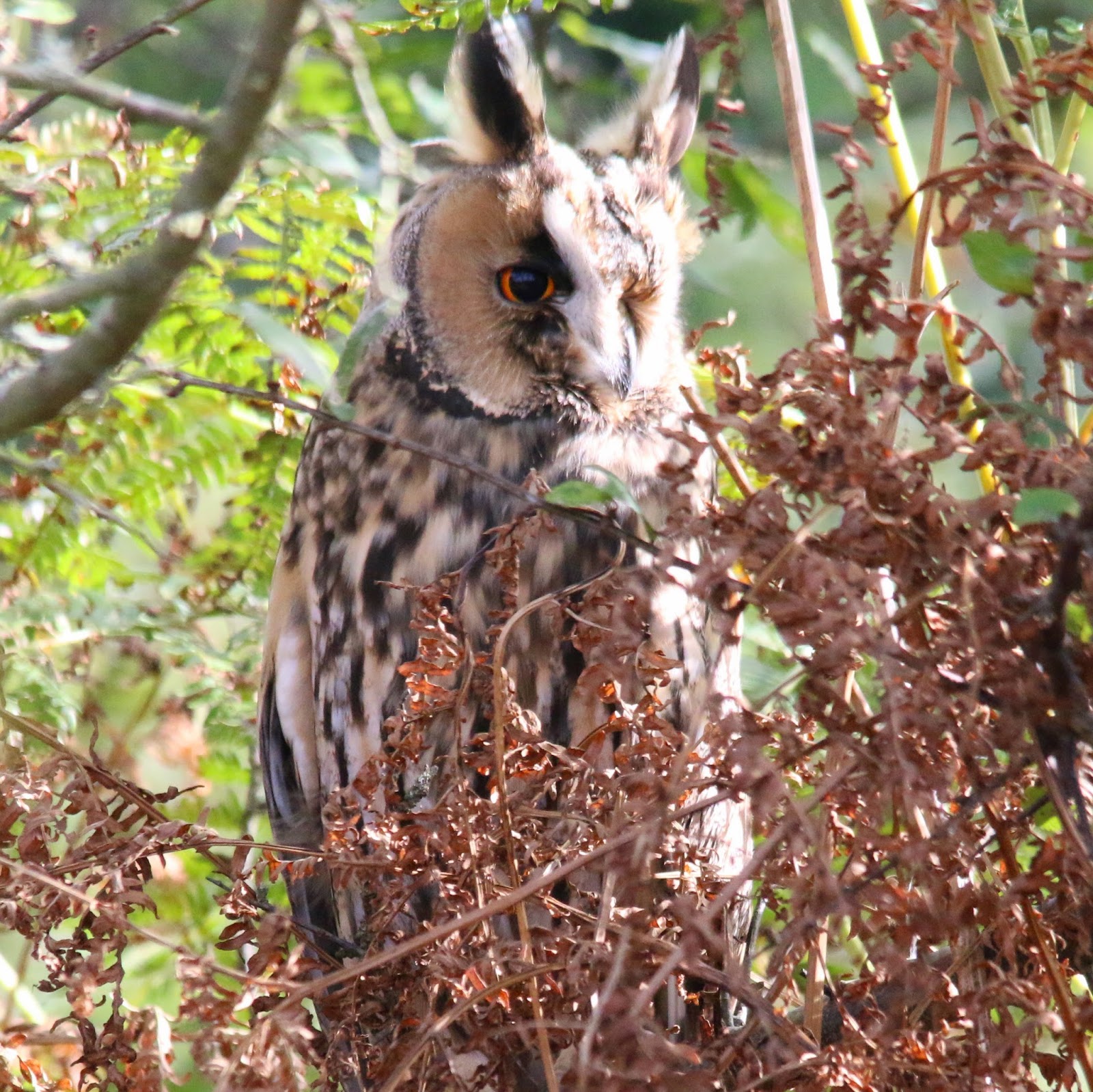 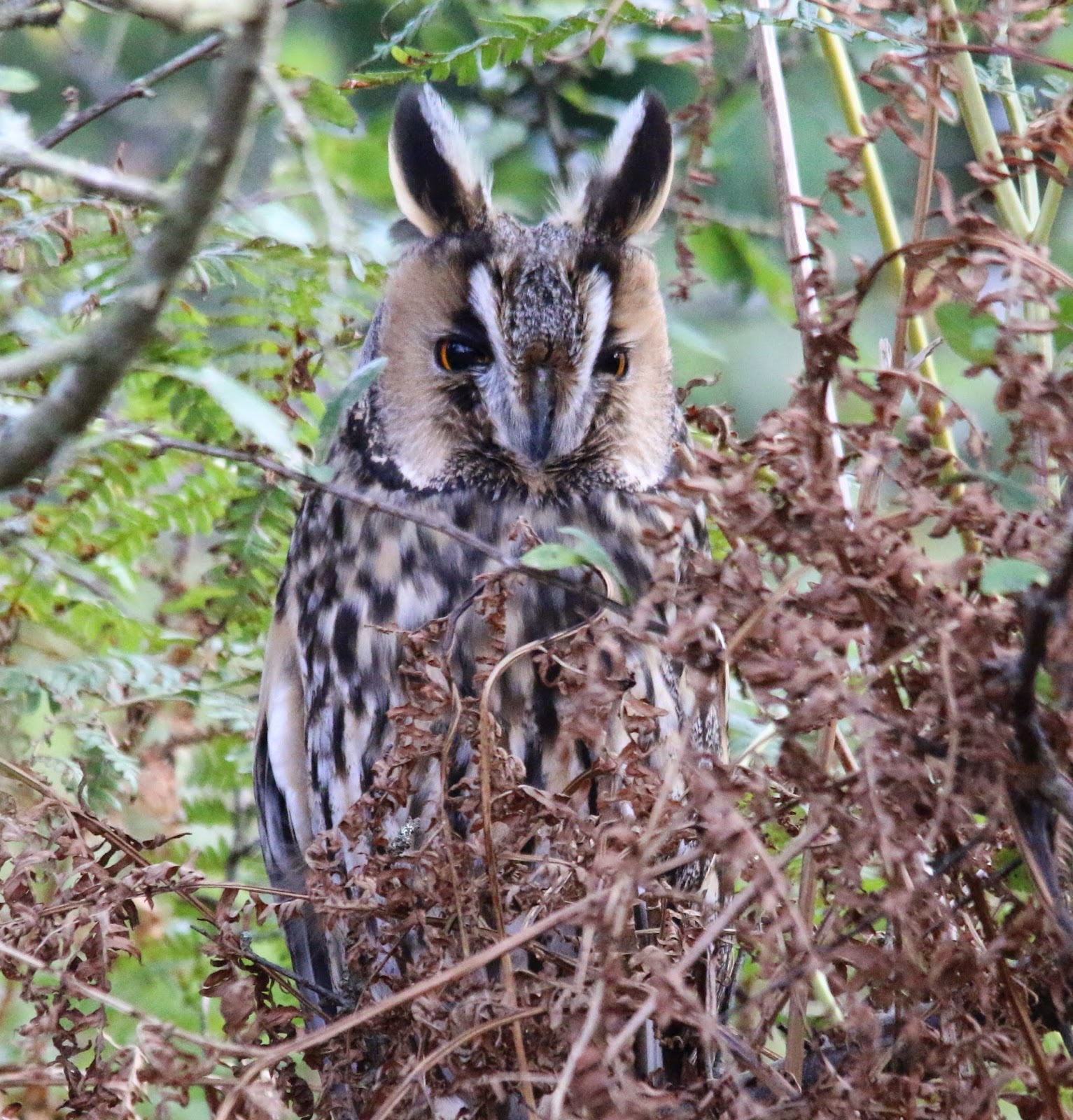 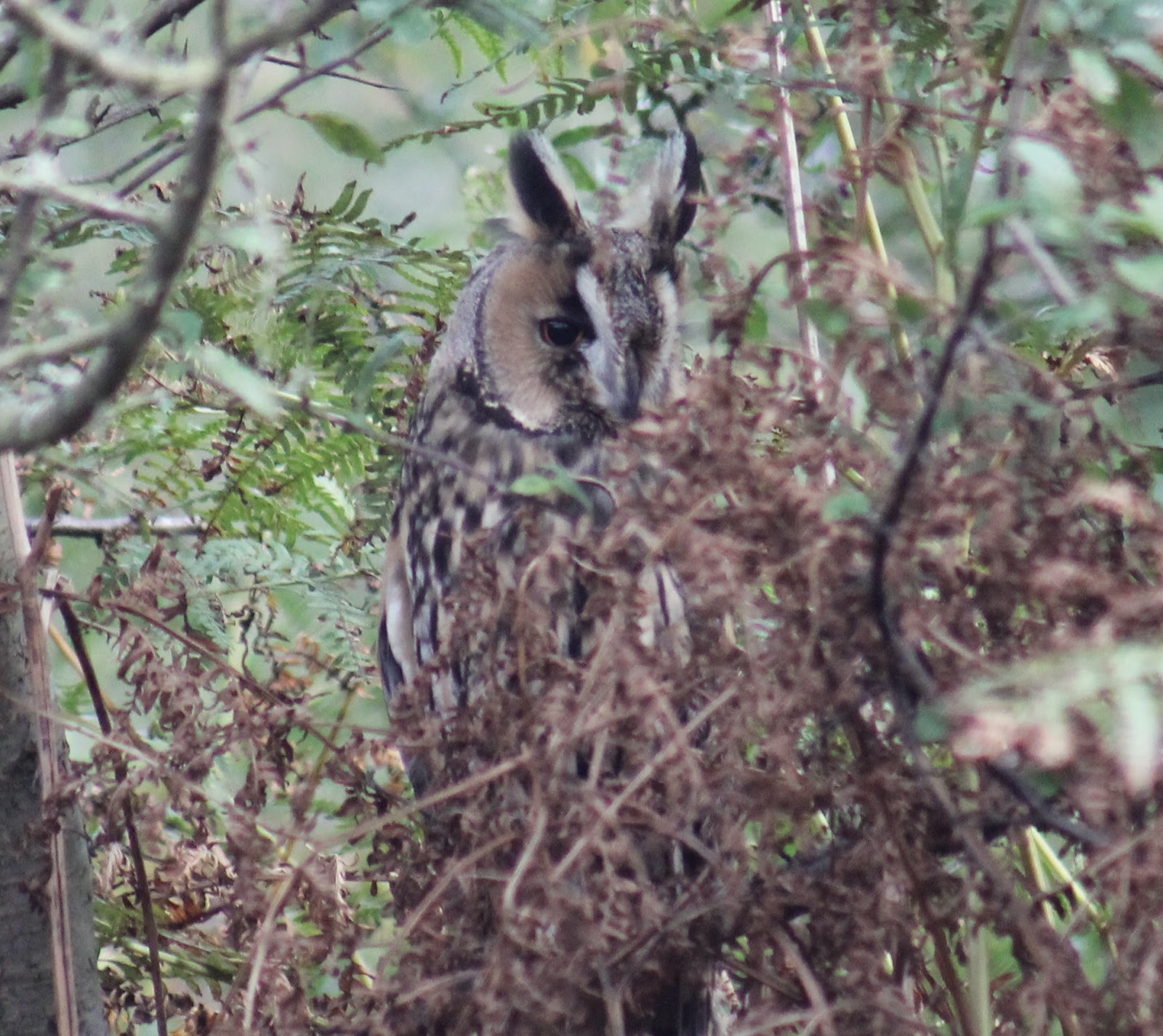 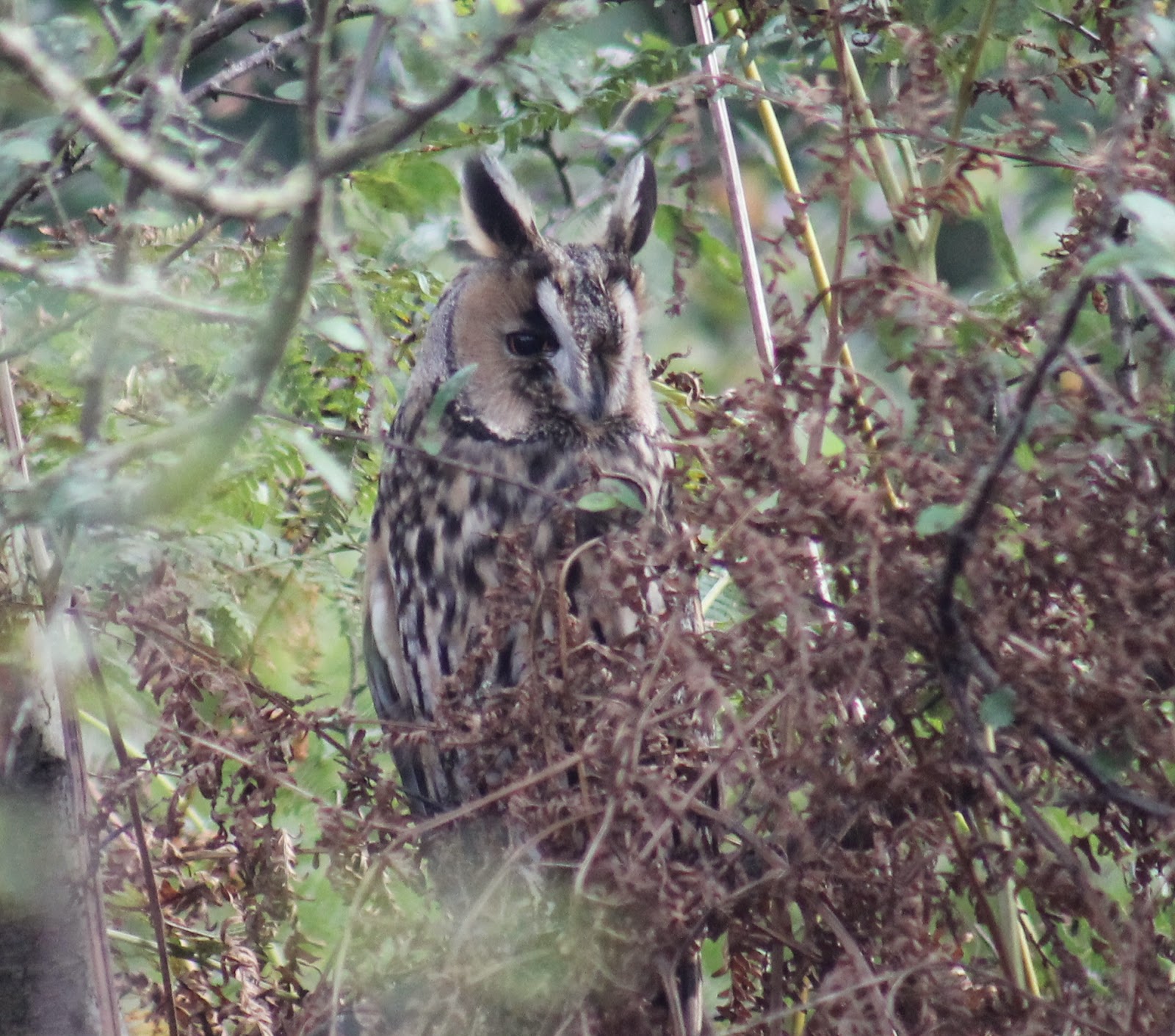 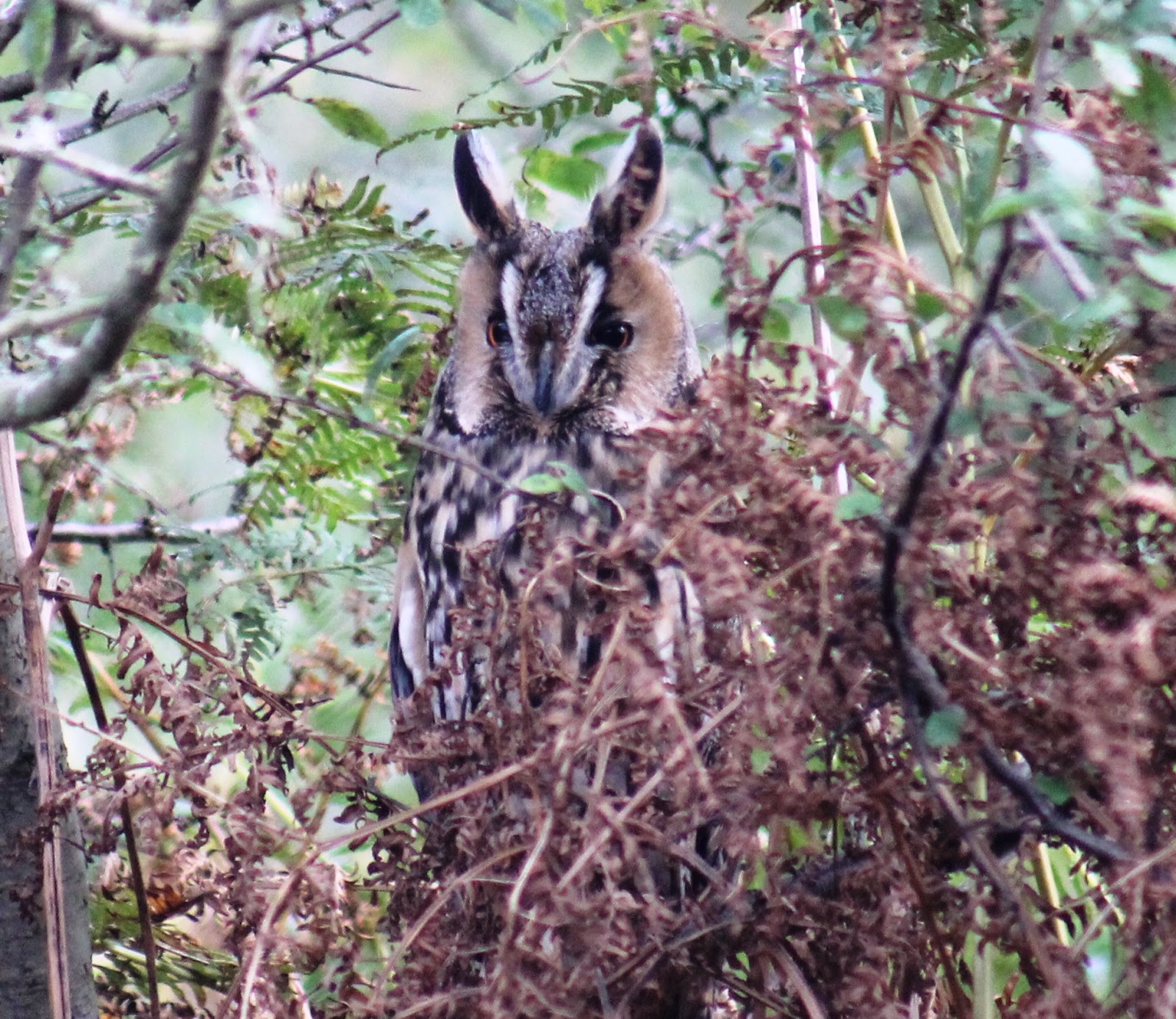 We then went to look for the Pallas' Warbler where we joined the throng of birders at the back of Snipes Marsh, and waited. There was a brief sighting while we were there, and I think Dad got a glimpse of it, but unfortunately I didn't see it :-(. Oh well, there is always a chance that another may come in, but hopefully a bit nearer home. Still though, a great days birding, plus probably one of the best birds of my life so far!

Last Sunday, Dad took me up to North Norfolk to see the Steppe Grey Shrike at Burnham Norton. It was very foggy when we arrived, and light was pretty poor. You could the call of thousands of Pink feet flying overhead, but you just couldn't see them unless they were like 10 ft above you! Anyway...

...the Shrike was sitting in a bush about 60 yards from the path, so with the light, it was poor to photograph it. 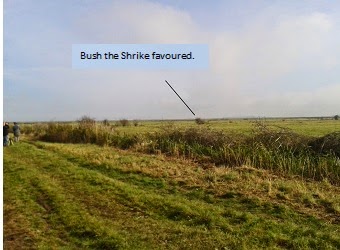 There were several people that had twitched the shrike. Well over 50 people there. 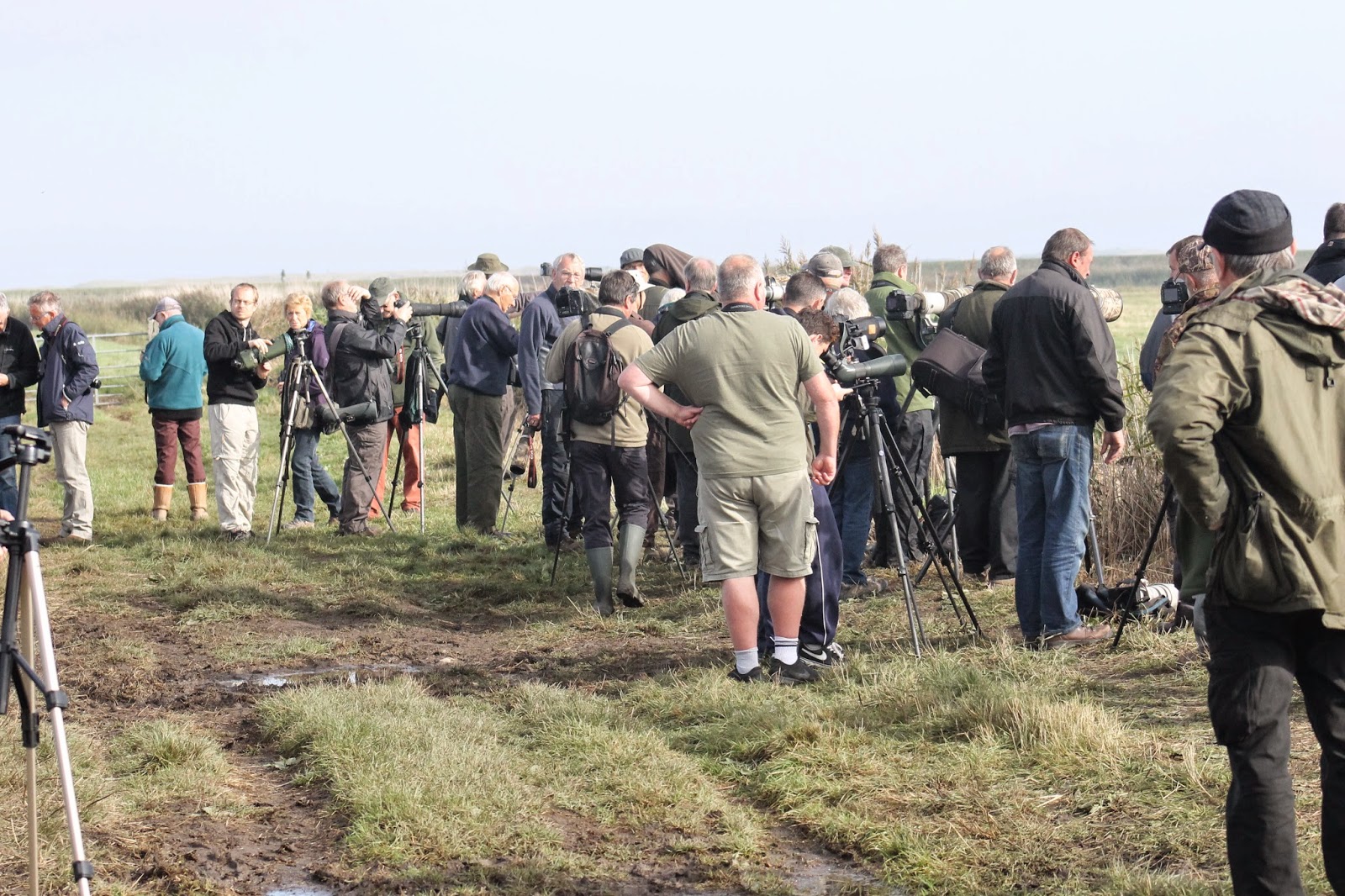 After about half an hour, the Shrike came a bit closer, and showed the tameness this particular race obviously carries. 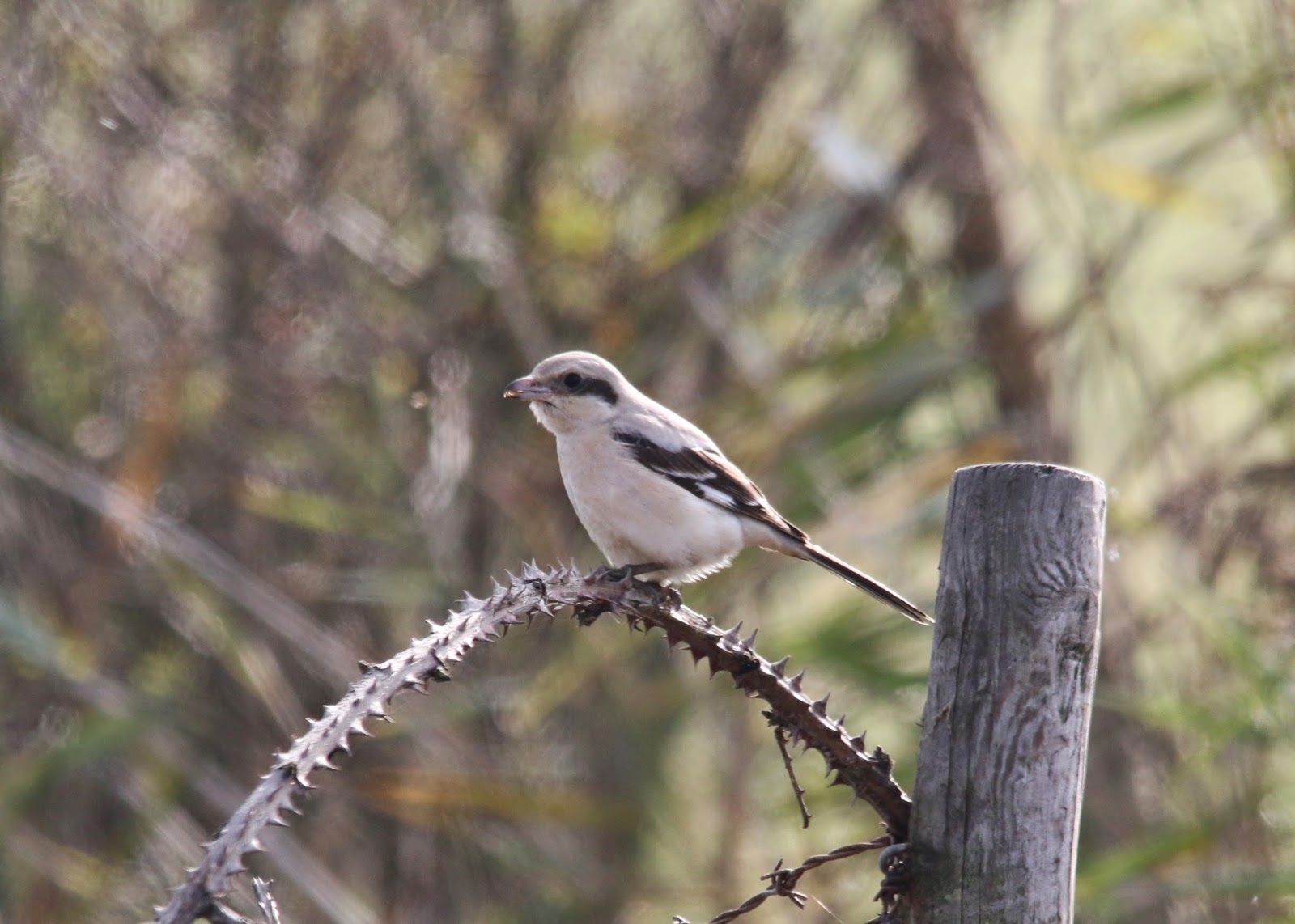 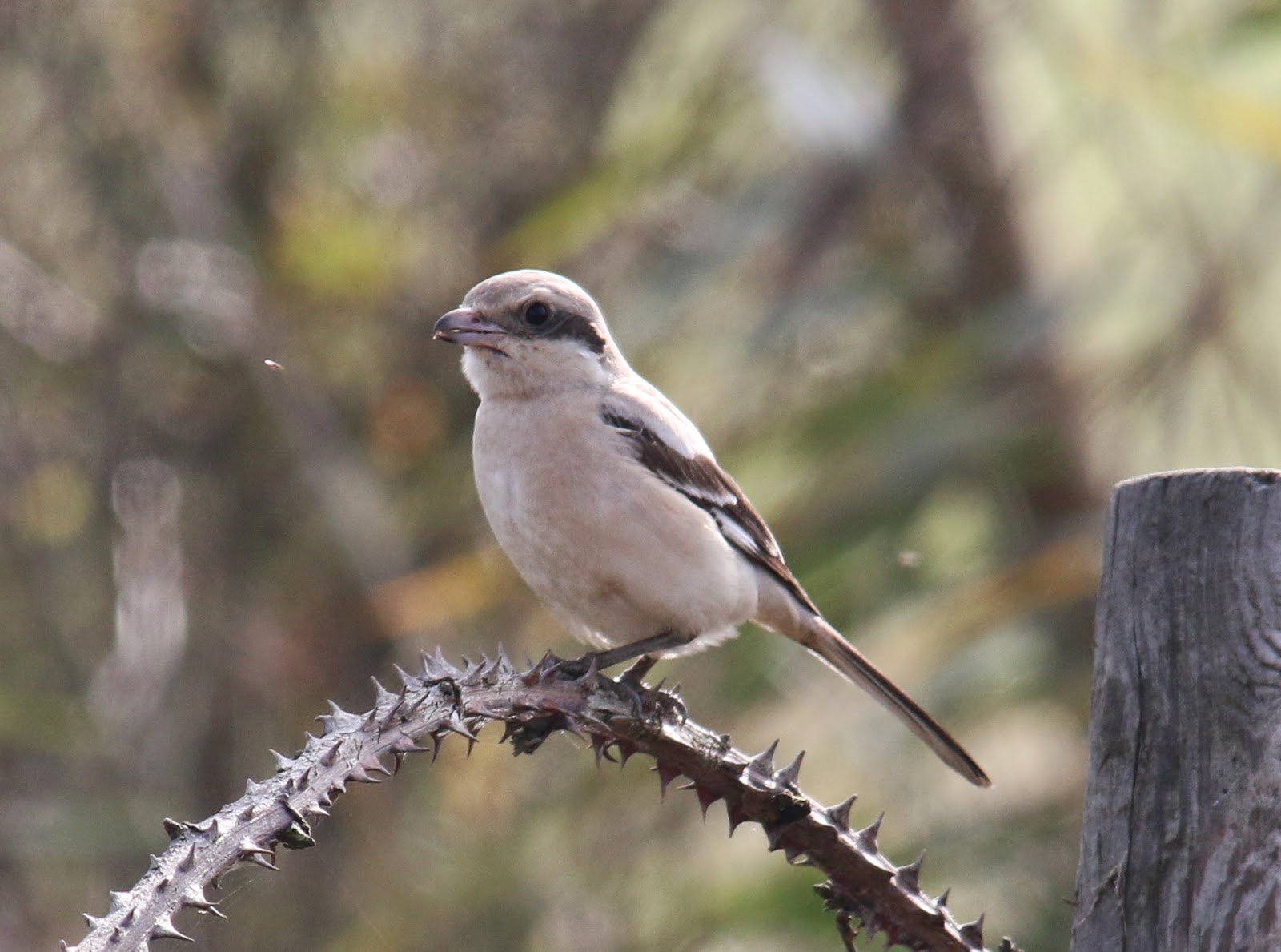 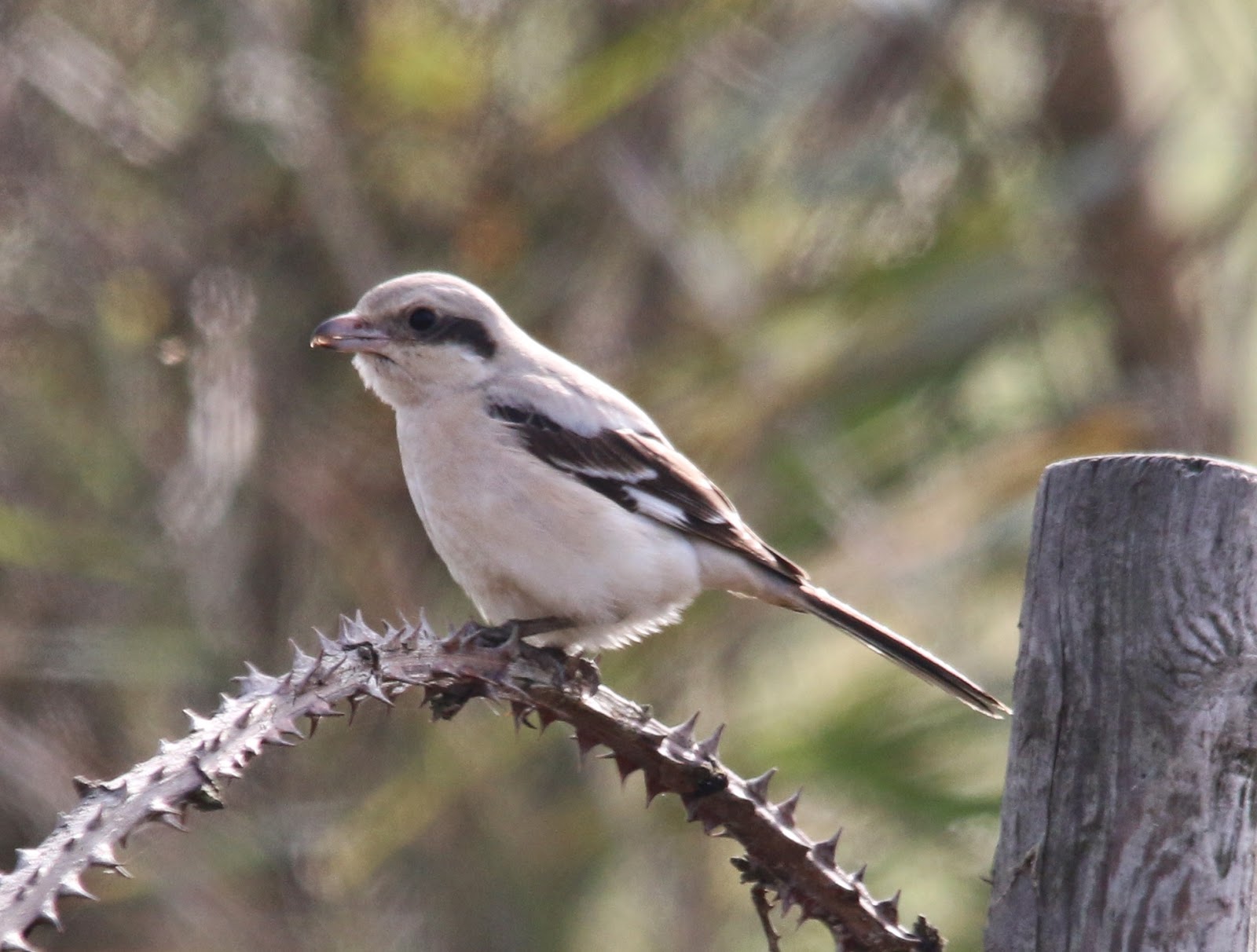 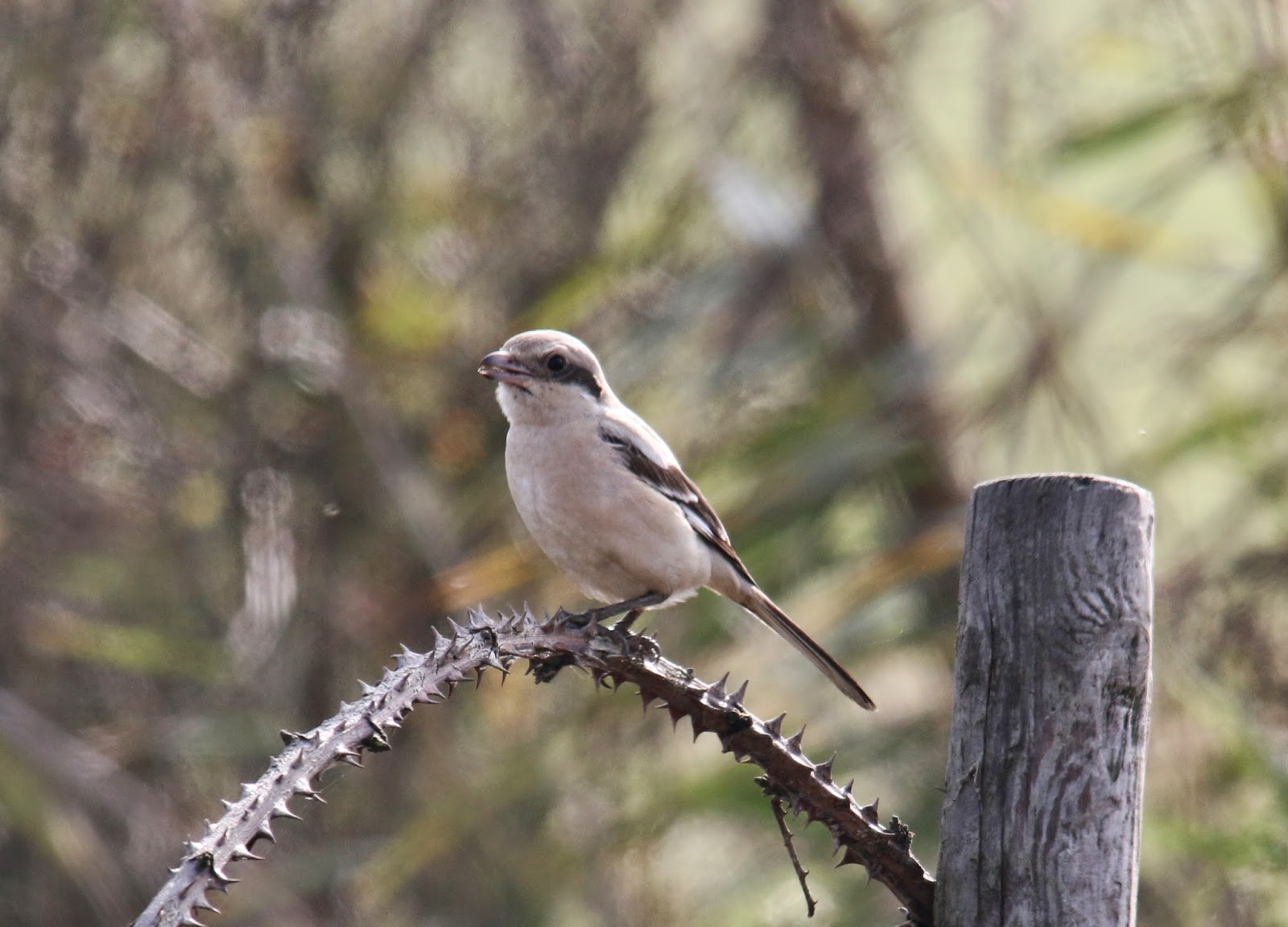 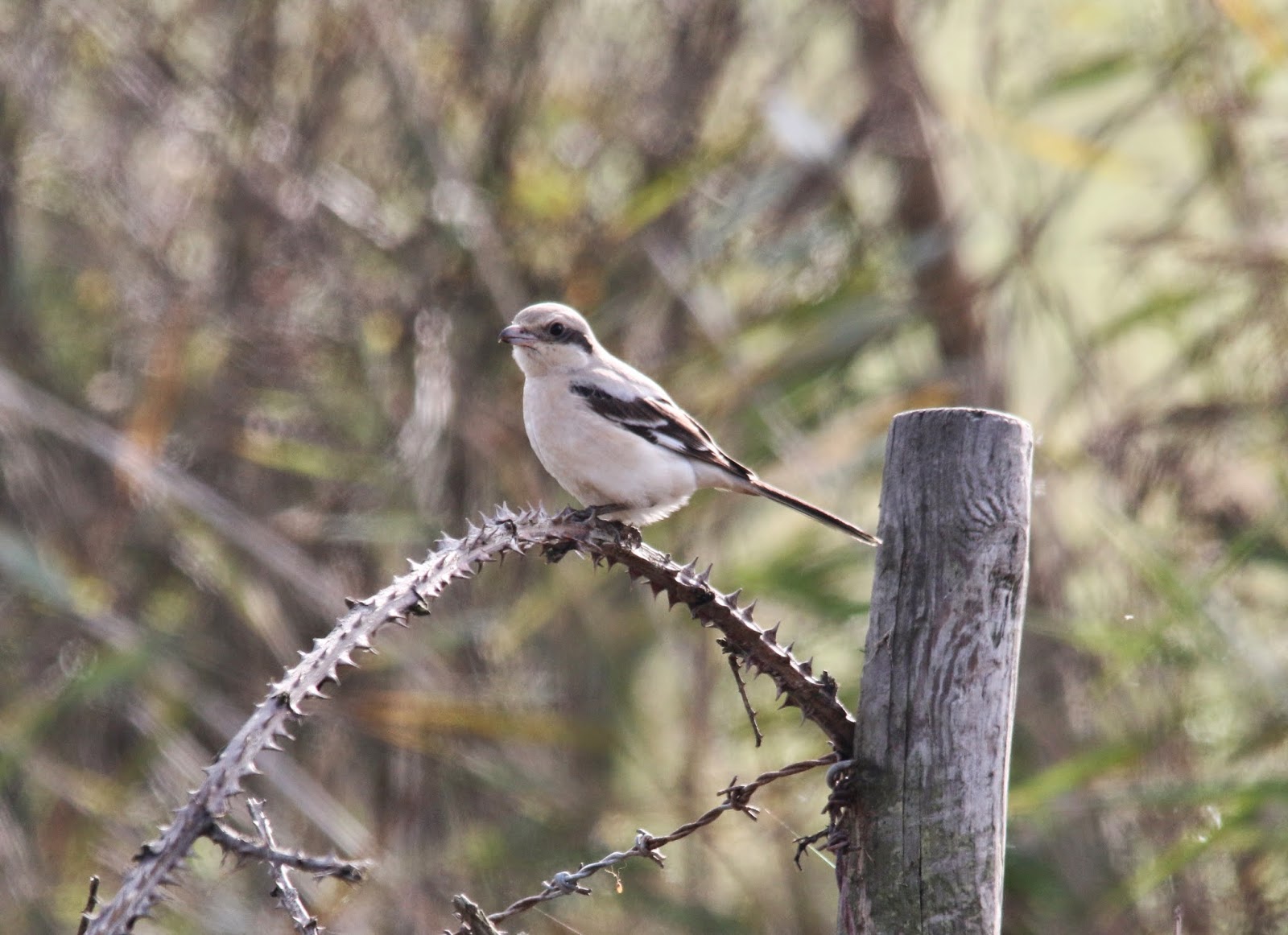 We then moved on to Stiffkey, and as this happened, I ran out of credit on my phone! DOH! This meant I couldn't see what was about. We just had to wing it. I saw though that there were some YBW's at Stiffkey, so thats where we headed...

We arrived at the Campsite Car park, and walked through the wood. We joined a group, who were alos looking for the YBW. I found after some extensive searching flitting about high in the canopy. We managed some decent shots... 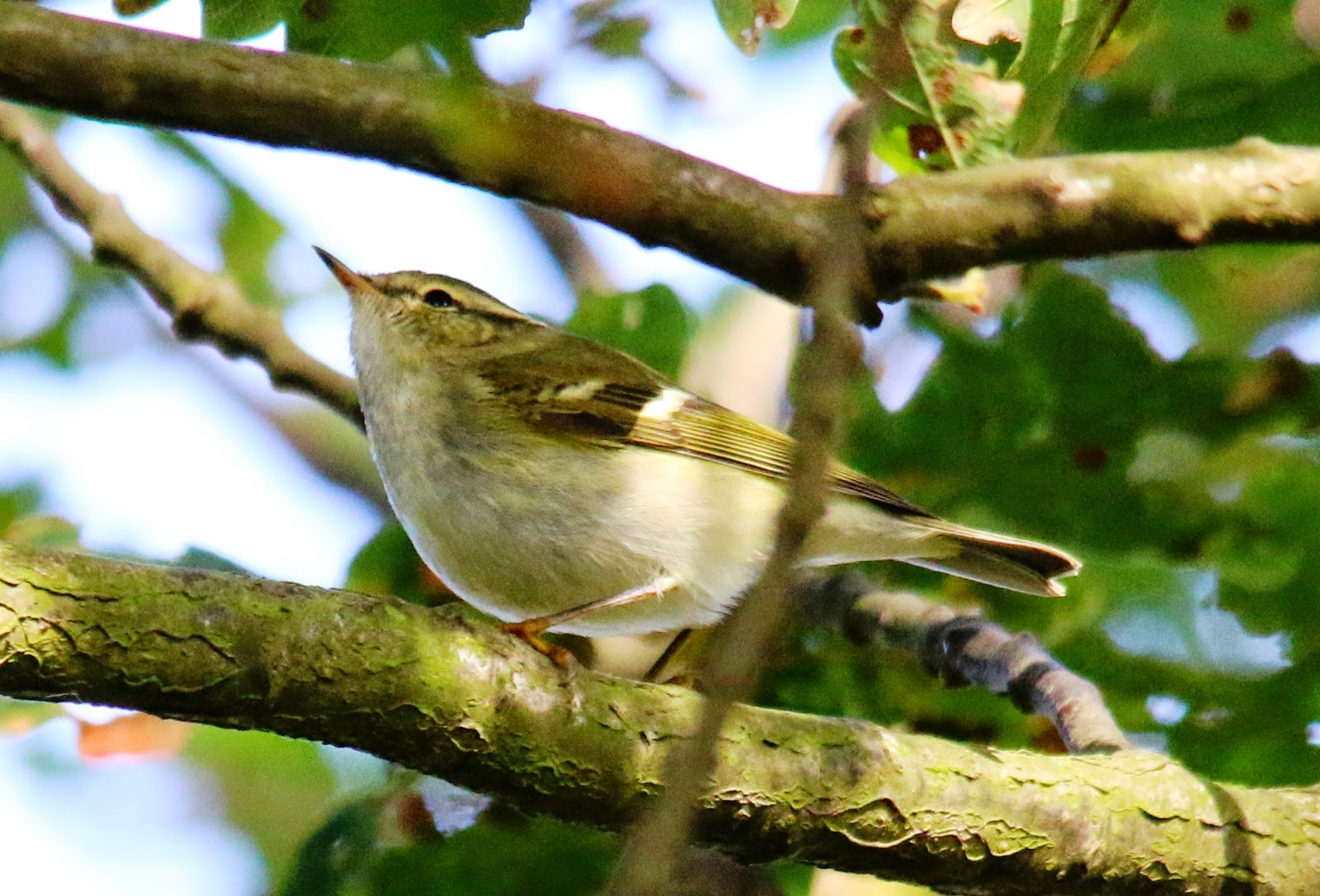 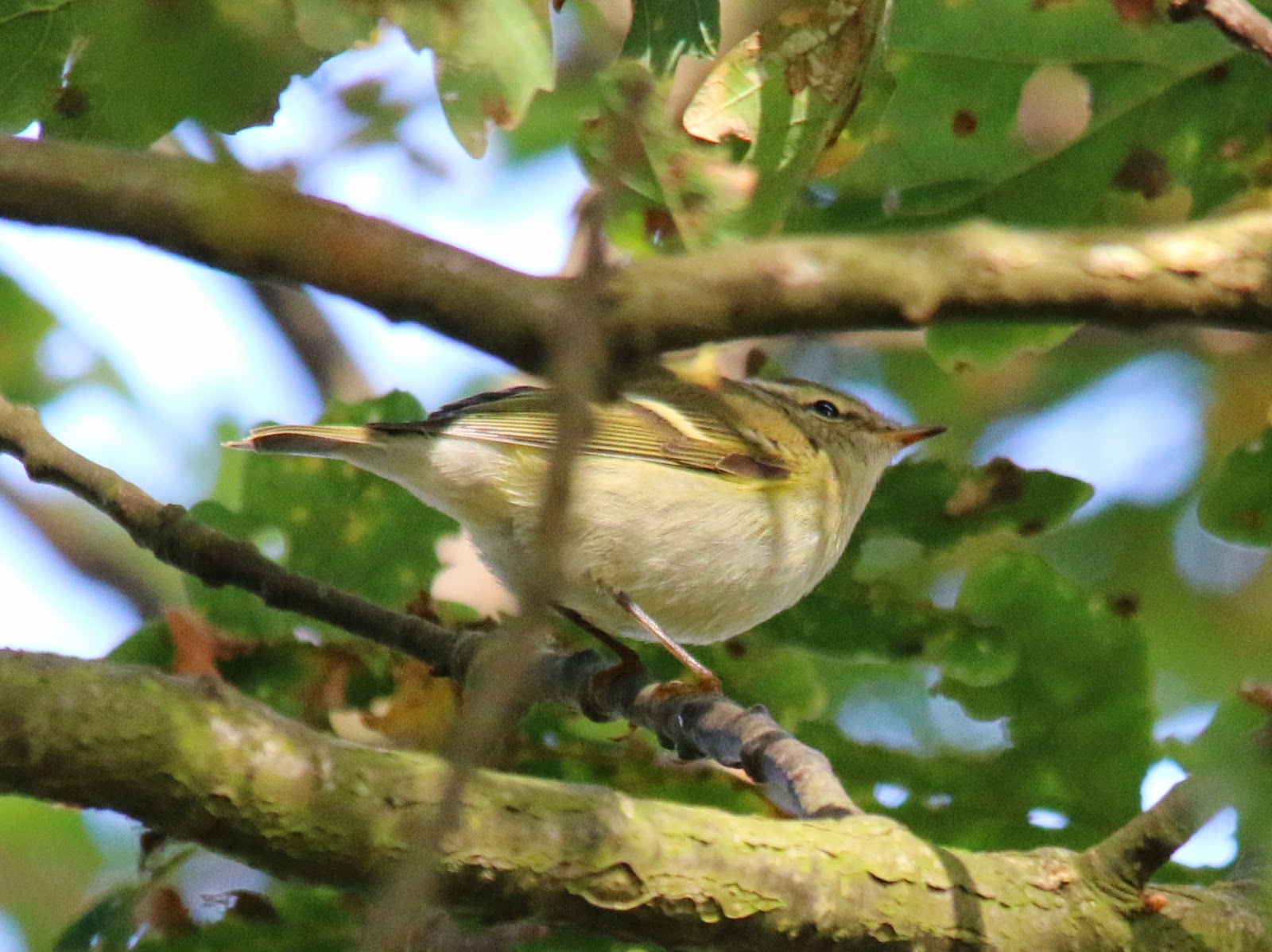 We then went to see if we could find our own rarities at Garden Drove, Warham Greens, one of my favourite places. After walking down the track, all we saw was a Blackcap, a tit flock which contained nothing interesting and a Great-spotted Woodpecker. We called it a day here and headed home.

Monday and Tuesday produced a hall of birds due to the easterlies and rain. I couldn't believe because on Sunday, we were looking in a tree down Garden Drove. The next day, people saw with joy a Red-flanked Bluetail perched in it. NO WAY!!! If the winds had been a couple of days earlier, we would have seen tonnes of rarities. Going out this Sunday, fingers crossed things will linger, but I doubt it.

GARDEN/PATCH MEGA!!!!
At 14:00 yesterday, Dad had a Short-eared Owl over our garden, WHILE I WAS AT SCHOOL!!! AAARRRGGGHHHH!!!! What a bird that would've been to see. This was obviously a passing bird, but it was flying low over the road behind our garden. Jammy git (I'll calm down in a minute!)

Dad took me to see the Little Crake again at Minsmere last night, so that we could get better views of it, as the light is poor in the mornings but better in the evenings. As soon as we got in the hide, the Crake was showing well. We only managed 1 OK picture of the Crake, but I did manage a better video. I also went to see the Great White Egret from Island Mere, just so I could tick it on the year list! 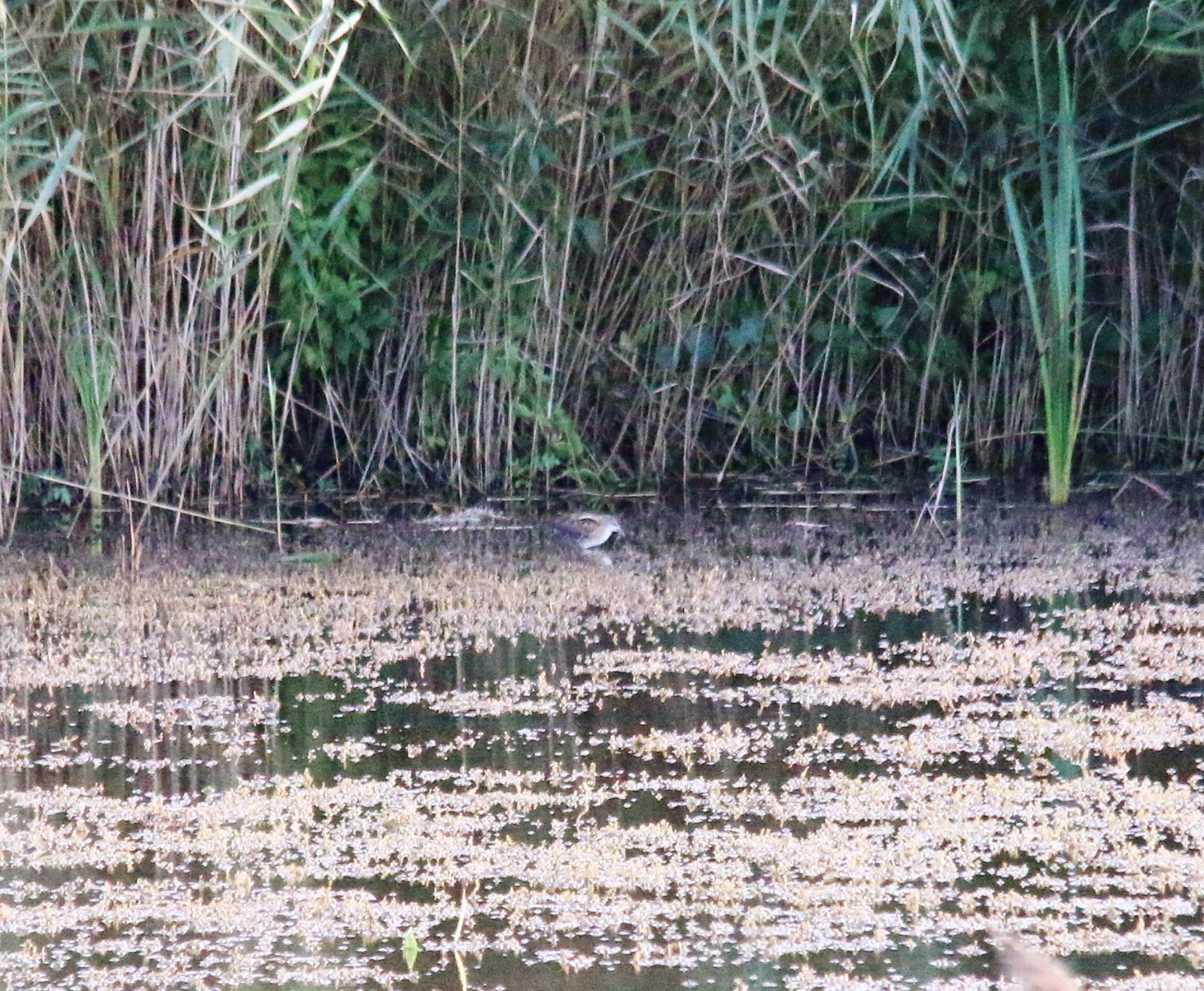 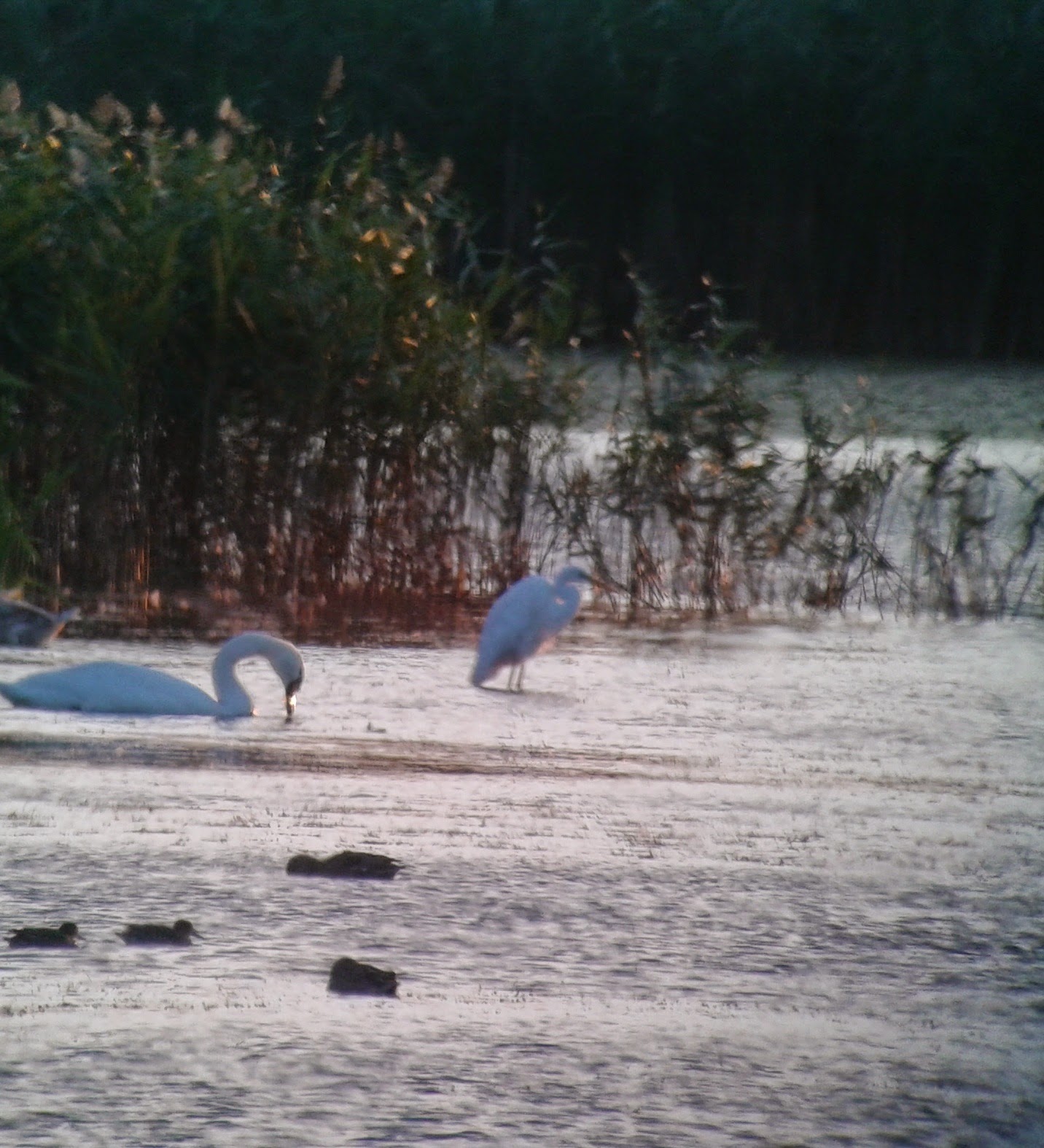 Today Dad and I went to see Suffolk's 3rd Little Crake, which was at Minsmere. It was another MEGA rarity, so it was a must see. We arrived at Minsmere at about 9:45am, and headed straight for Bittern Hide. The hide was packed full of birders, but we managed to find a little space and squeeze in.

It didn't take long for the Little Crake to show, and boy did it! It showed really well, walking about infront of the hide, but still a bit distant, and plus the sun was right in your face, so taking pictures was always going to be bad. Here are some of the best and a terrible video. 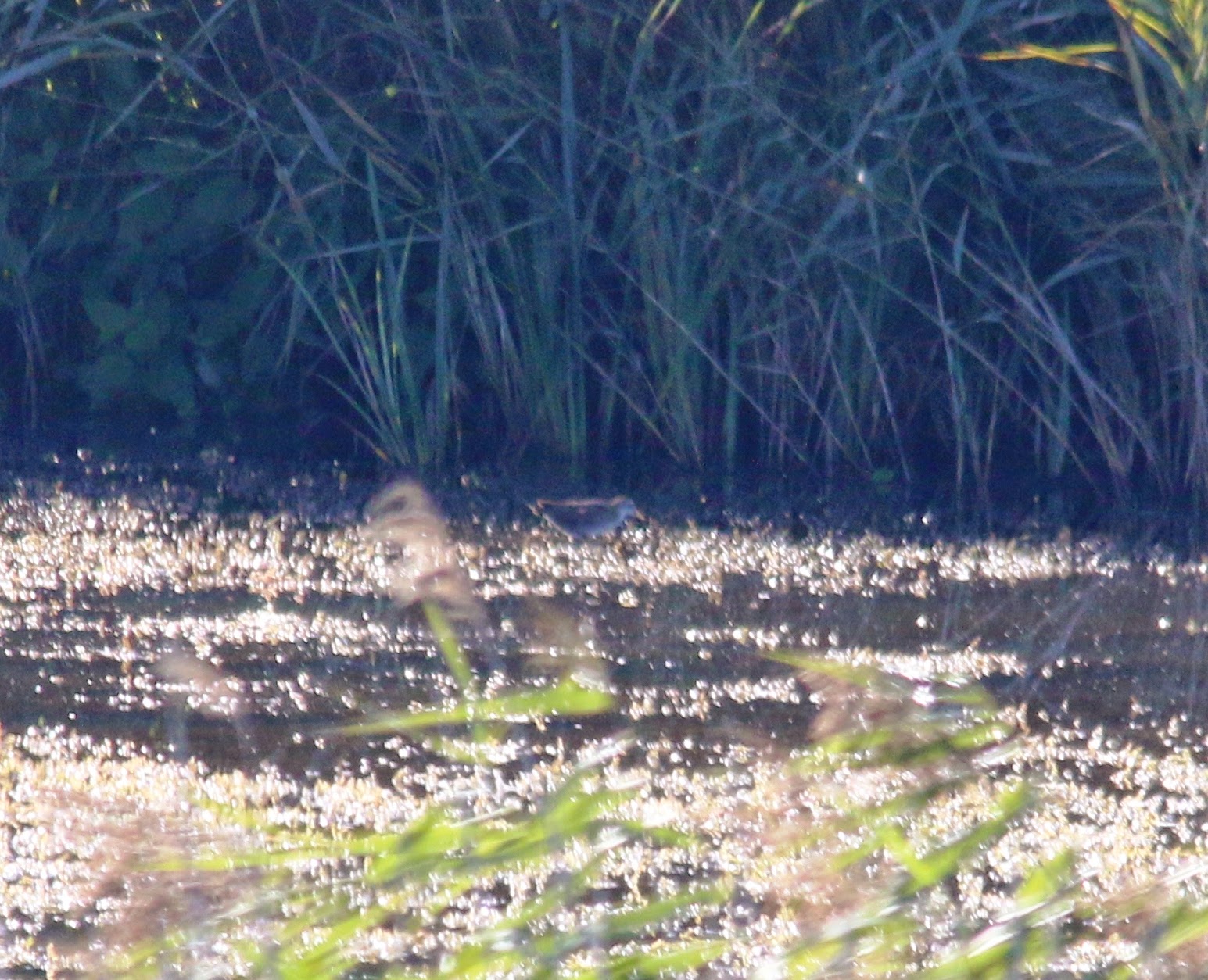 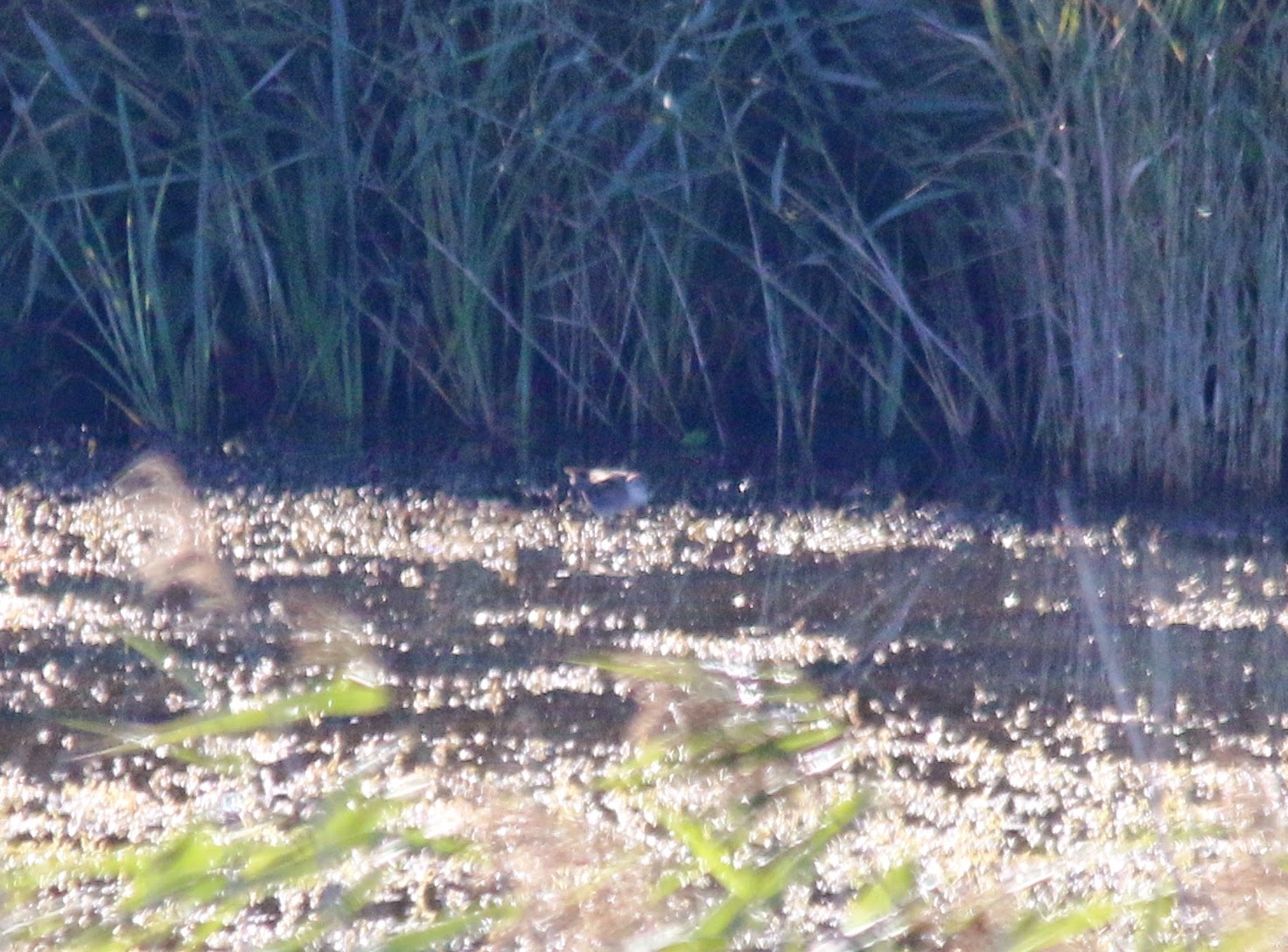 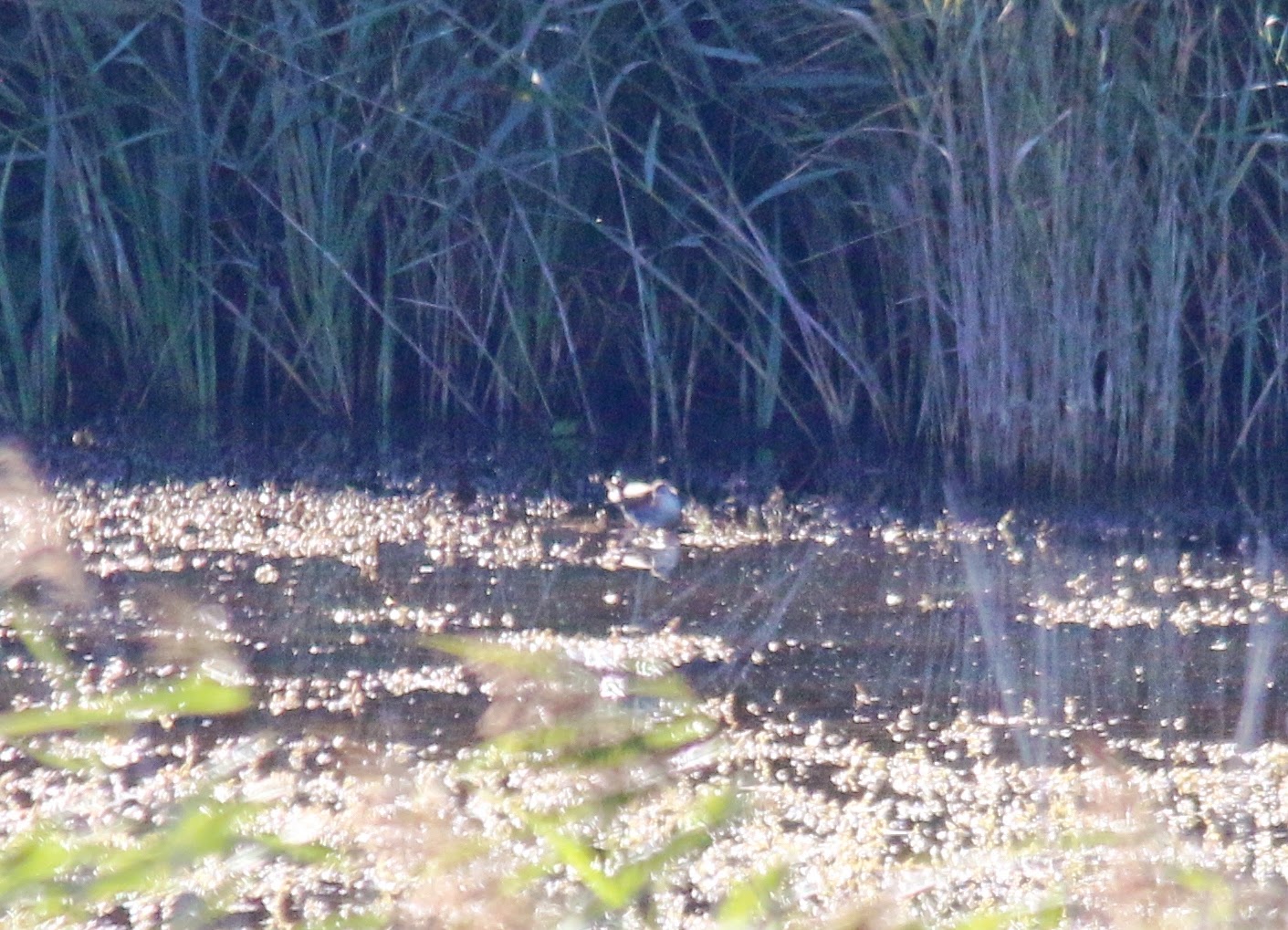 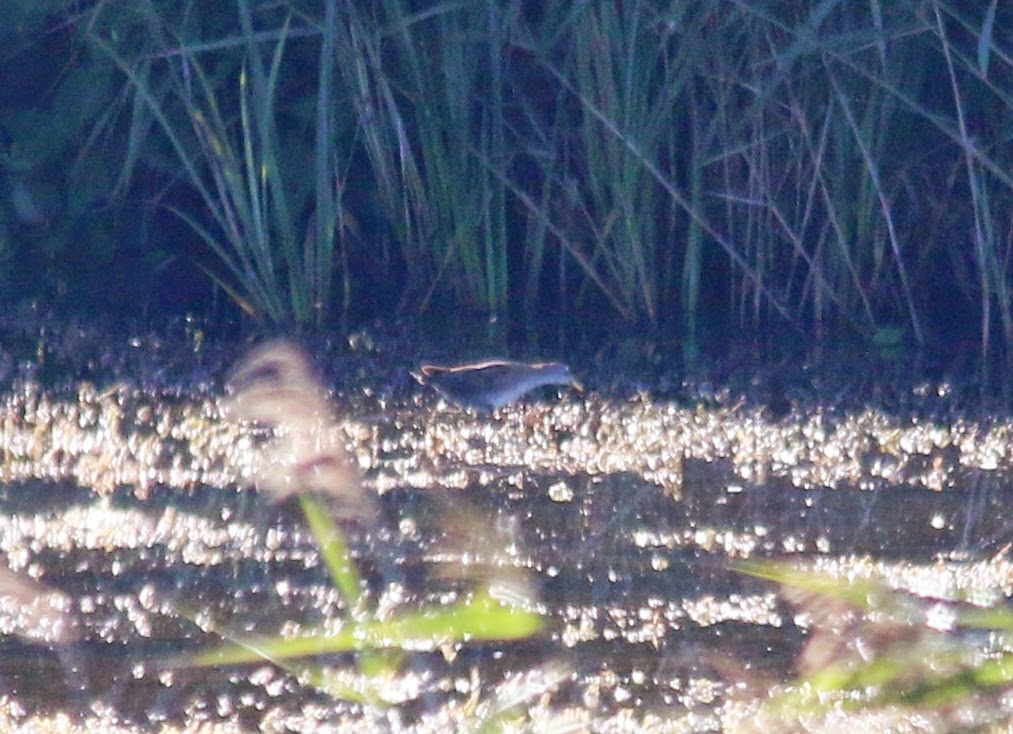 We also got a distant Stonechat at the Sluice but nothing else for the rest of the day. 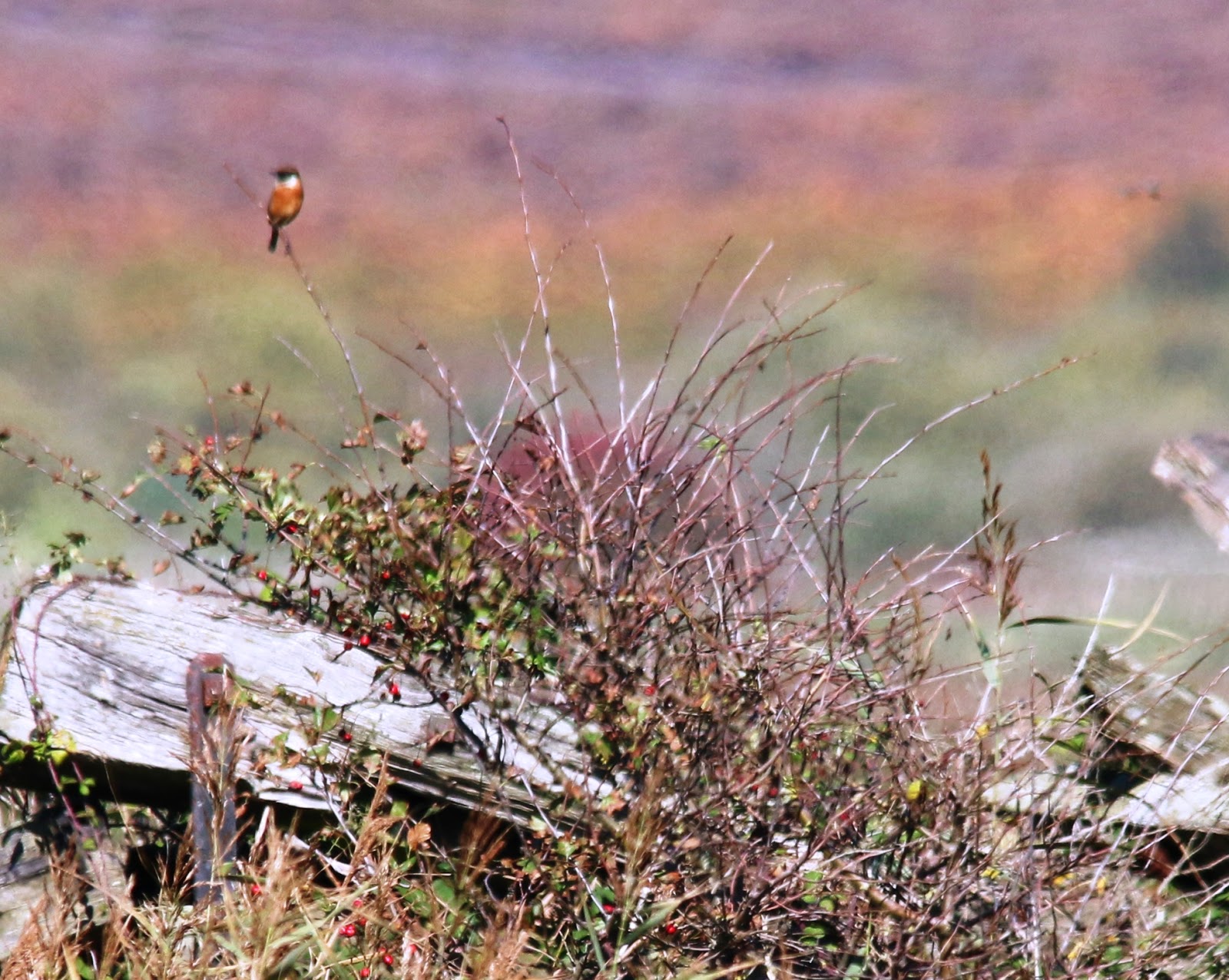