Yesterday afternoon Mum and fitted in a few hours of birdwatching. We headed to Felixstowe to see the Waxwings that had been roaming there. We timed it just right because as we went down Glenfield Avenue, we saw a flock of 50+ Waxwing in a tree down Springfield Avenue. I say we timed it just right because after about 3 minutes of photos, they all departed away heading to Grove Wood. 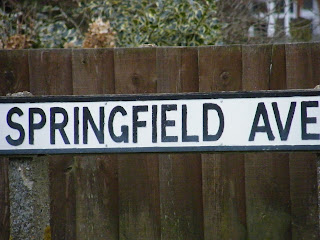 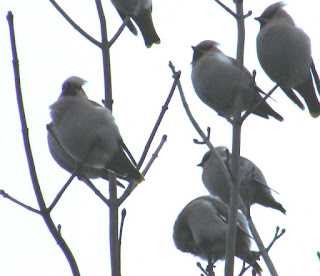 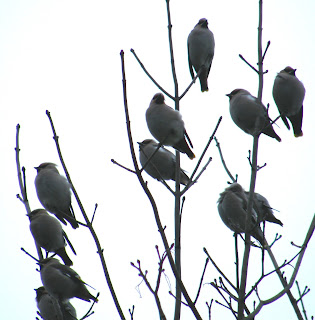 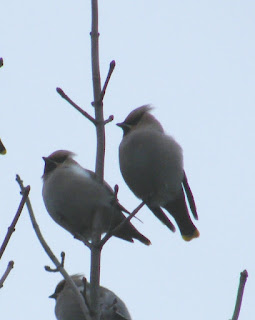 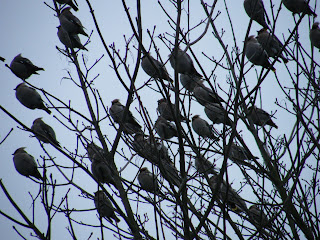 We then headed to Levington Creek, which Mum and I had never been before, so it was a new experience. We parked at Levington Marina, and followed the footpath onto the Creek. I was astounded by the number of Reed Buntings were about. I reckon there was at least 15 birds present. 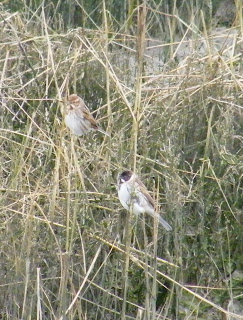 We then met a bloke who directed us to a Mediterranean Gull on the shore, nearly in summer plumage, but too far for a photo. We then followed the path along the bank towards the lagoon, and we saw 2 Little Egret, more Reed Buntings a Meadow Pipit, a very twitchy Rock Pipit, and a possible Water Pipit 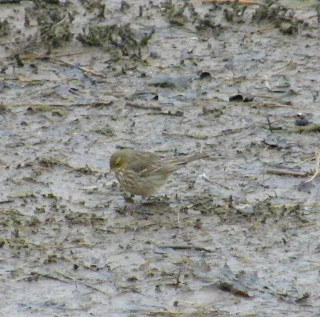 We then reached the lagoon, and we were maybe hoping for the resident Spotted Redshank to be on the lagoon. The only things of note were a flushed Snipe and another Little Egret. We had lunch, and moved on to the gorse bushes. I spotted a fairly big long-legged wader flying right over us. It looked like a Spotted Redshank but I wasn't saying anything until it called. Our luck was in as it proved to be the Spotted Redshank as it called and landed on the lagoon. We snuck up on it, but it saw us and moved on out of site. It was a brilliant bird. We then moved back along the bank and we flushed the bird again a bit further down the lagoon. Typical! It then flew back out onto the mudflats. Other waders and ducks of note were Dunlin... 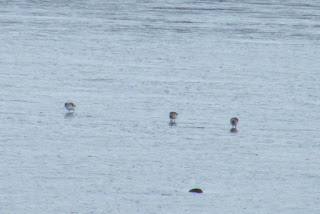 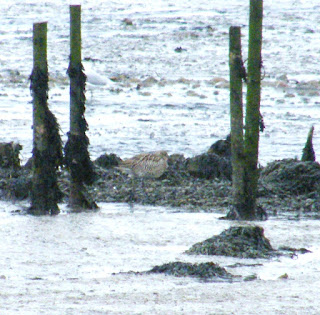 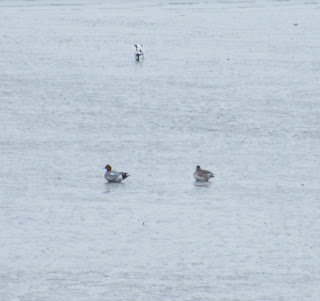 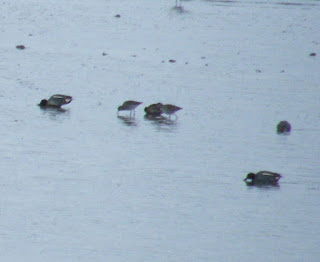 Plus Grey Plover and Shelduck... 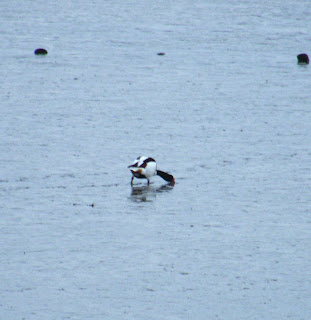 A great day with 4 new species taking the year total to 132. A brief visit to the patch on Wednesday afternoon didn't produce anything apart from a pair of Great-crested Grebes on both Needham and Bosmere. The Grebes were the only water birds at Bosmere apart from 3 Mallards. Disappointing :(
Happy Birding!
Posted by Ben Moyes at 08:50