Yesterday Dad and I went onto the North Norfolk Coast to try and get some sea birds and winter passerines onto the year list. We started off at Salthouse, trying to see the Shorelark and the Snow Buntings. These both would have been lifers, but sadly the Shorelark was not present. I was fairly certain we weren't going to see that anyway, but at that time there weren't even any Snow Buntings about. So we walked down towards the Little Eye, to a bit of sea watching. We first spotted a Guillemot not to far out, and then a Black-throated Diver. We then got a few Red-throated Divers flying past, and another Guillemot. Then, I just happened to turn around, and there were about 30+ Snow Buntings! 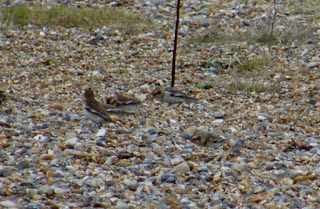 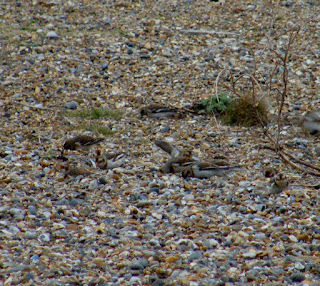 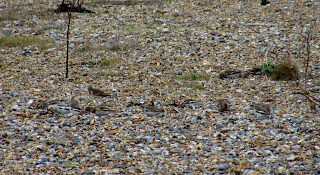 Delightful little things. They were communicating between the car park, and the Little Eye. We found out that the Snow Buntings had been at Cley first thing, that's why we didn't see them first thing. We then got a Redshank, Stock Dove and the regular Turnstones.... 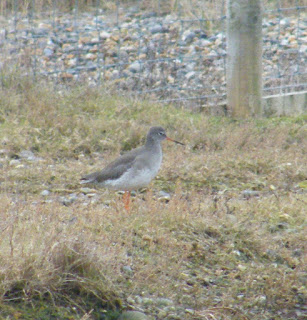 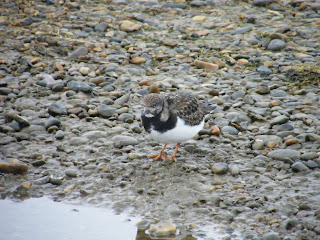 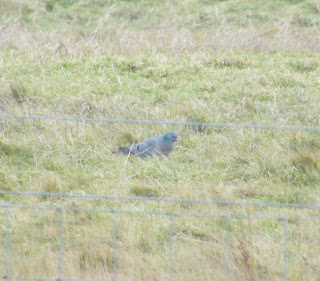 We then got a large flock of Pink-foots over...


We then moved onto Cley, to go and see the Purple Sandpiper. We followed the directions that were given, and found the bird. 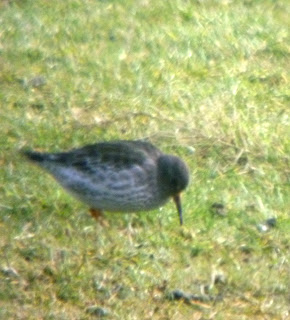 We then moved onto Holkham, to see the Spoonbills, and maybe a Black Brant. First we drove to Burnham Overy, to see if the Rough-legged Buzzard was still about. We saw 2 Common Buzzards, but not Rough-legged. We skipped this challenge and went back to Holkham. We saw that there was a big Brent Goose flock by Lady Annes Drive. We searched through and found a Black Brant. 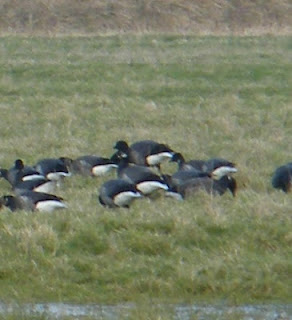 We then moved onto the Tower Hide, as we heard that that's where the Spoonbills were. On the way we saw Treecreeper, Goldcrest and Coal Tit. We then came across a large pond which held 4 Little Grebes, a Tufted Duck, and more surprisingly, a pair of Goldeneye! 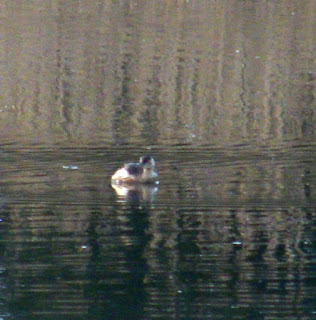 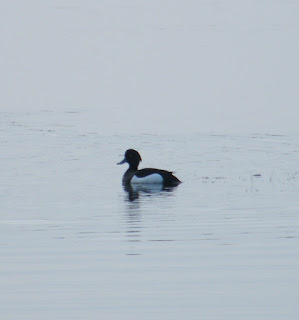 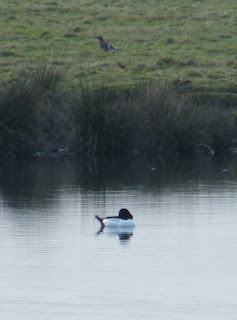 With a Jay for company

We then had great views of a Barn Owl as the light started to fade... 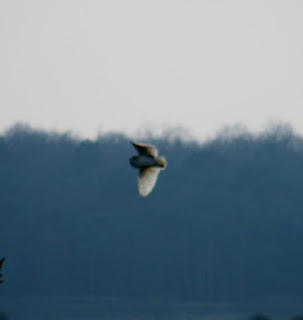 We got to the hide, and could see the 2 Spoonbills on the scrape 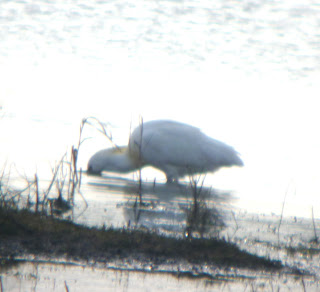 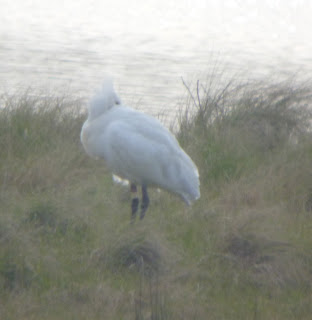 They were joined by about 60 White-fronted Geese, to distant for a photo.
Happy Birding!
Posted by Ben Moyes at 09:27