Not much to add in this post, but just a few recent sightings and some catch-up on British Bird News. Yesterday, Dad and I got back from seeing my Nanna and Dad spotted a massive bird of prey going over the house. I raced in, grabbed my binoculars and my camera, and had a look. I think it was probably a Buzzard, although it was a long way away by the time of id. It may have even been an Osprey, because it wouldn't have been the first time.

Thursday evening, at 7:30 I filmed this outside my bedroom window...

Also, the Chiffchaff was seen on Friday and Yesterday during daylight, not singing yet, that being a good sign of a all year stayer? 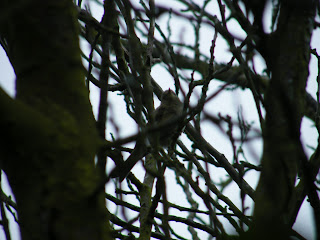 Hopefully going Golfing this afternoon, so an update on that if anything unusual is seen.

Plenty of Pectoral Sandpipers are dominating East Anglia, with ones at Titchwell, Cley, Salthouse, Hickling Broad in Norfolk, and Minsmere in Suffolk. Also, the Barred Warbler at Holme Dunes, Norfolk, with a Glossy Ibis in Cambridge. We are tempted to go down Minsmere way to try and catch the Juvenile Montagu's Harrier that's hopping about on the coast if it still lingers. The Spanish Sparrow is still putting in a few less appearances at Landguard, Suffolk, but that's looking tempting too. Happy Birding.