Last night I was invited round my Aunties house to come and see the pair of Turtle Doves that they have every year. I hadn't really seen decent views of a Turtle Dove before, so I was really excited. I had seen them in her garden before, but only flying.

We got there and started to go round the back when we were waved back the other way through the front, as the Turtle Doves were in the garden!!!!! We raced through the front, and would you believe it they flew off before we got anywhere near the kitchen! Gutted. So we waited for them to come back.

While waiting we got a Great-spotted Woodpecker on the peanuts, which was nice to see. A Pheasant then came to the feeding station, so while that was there, the Turtle's weren't going to come down and feed. It took 10 minutes for the Pheasant to go away. Obviously hungry!

After the Pheasant went away, I saw a couple of doves land on the fence through some thick foliage, but they weren't there for long, as they flew towards the feeding station. They looked promising, but not definite. Within minutes I noticed a pair of Doves sitting on top of the feeding station, preening, and blow me down they were a pair of Turtle Doves! AAAARRRRRGGGGGHHHHH!!!! I got some pictures through the window which were terrible. I creeped outside to get of a picture of one that was left on the feeding station before it flew off to join the other one over the fence... 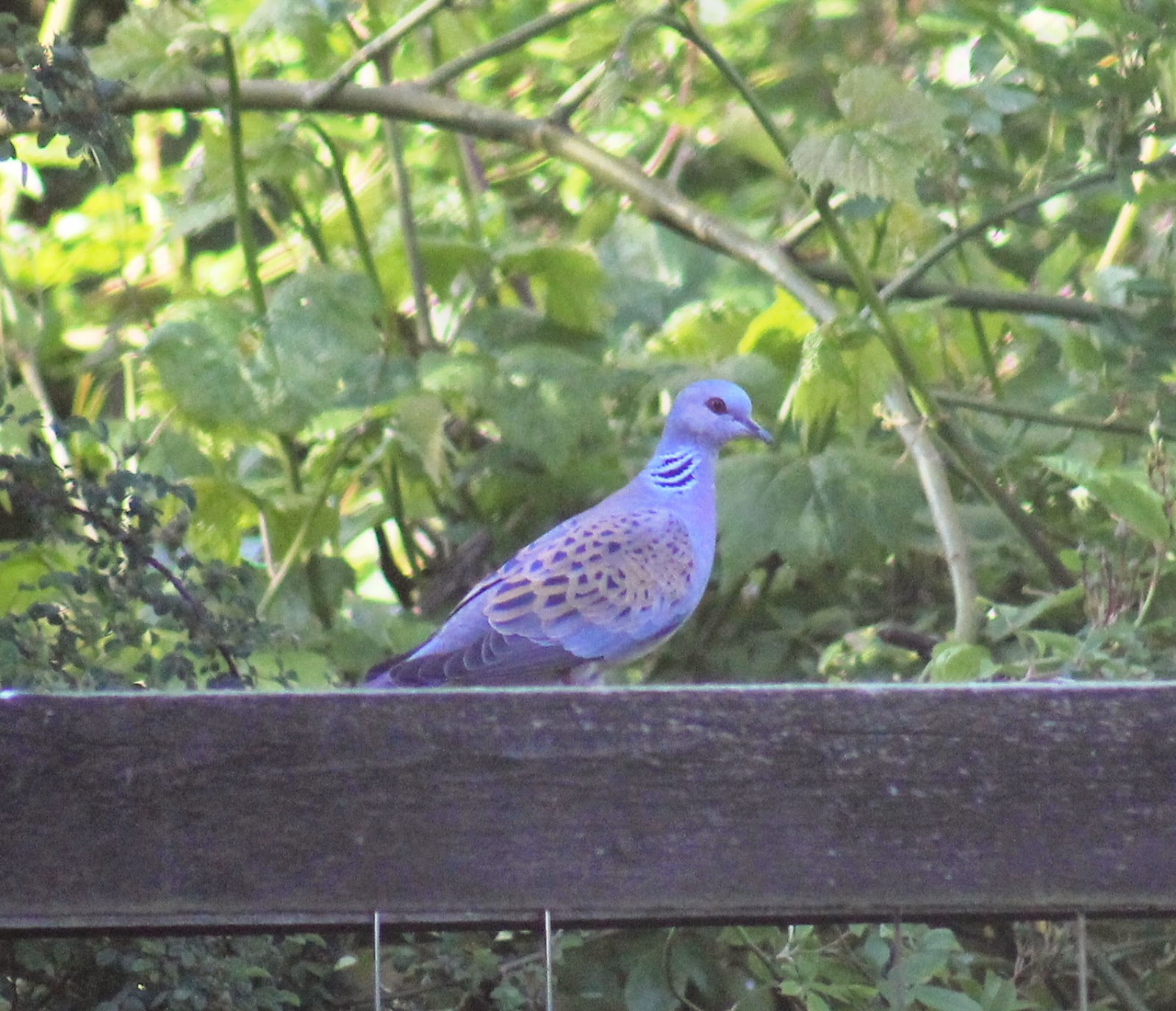 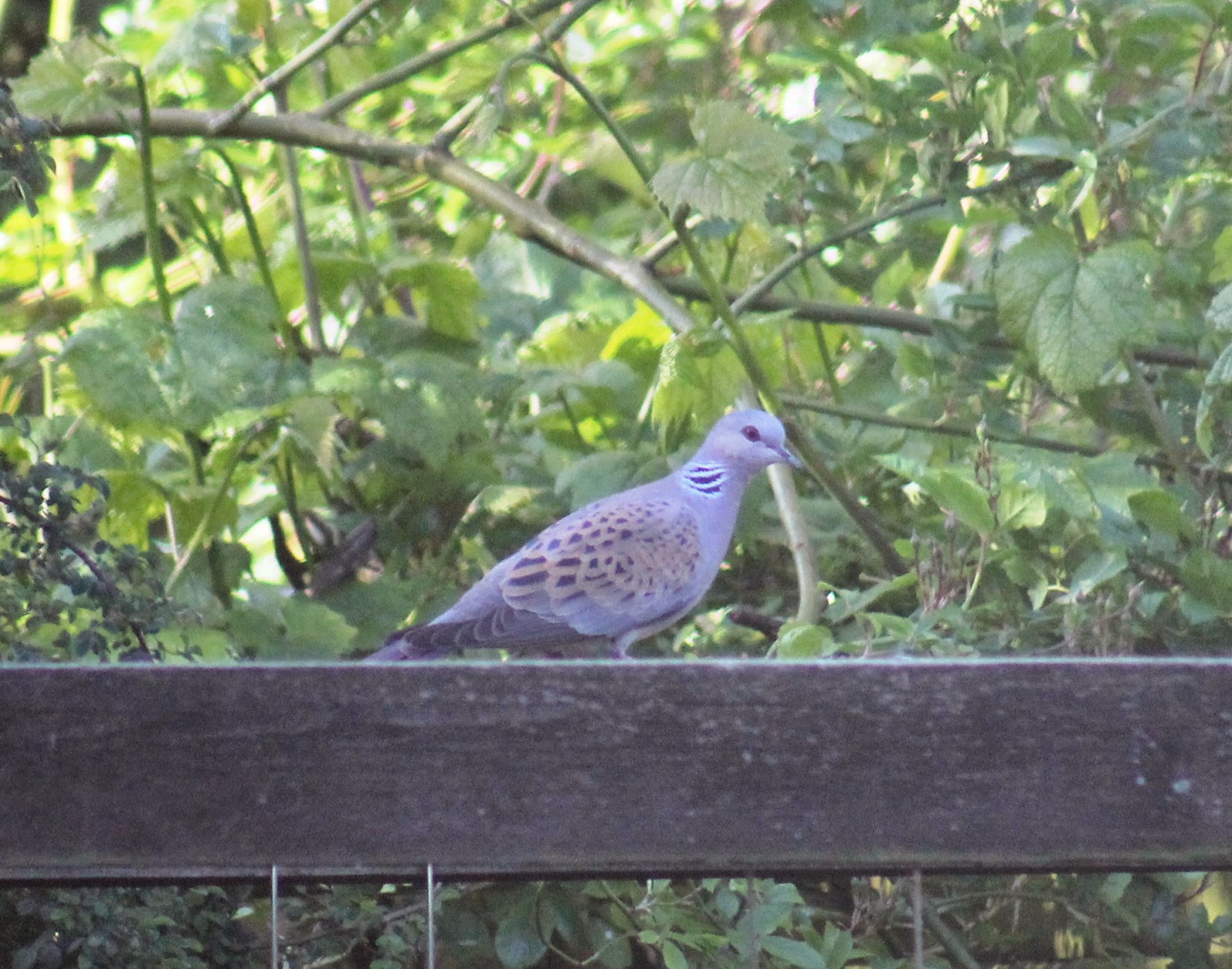 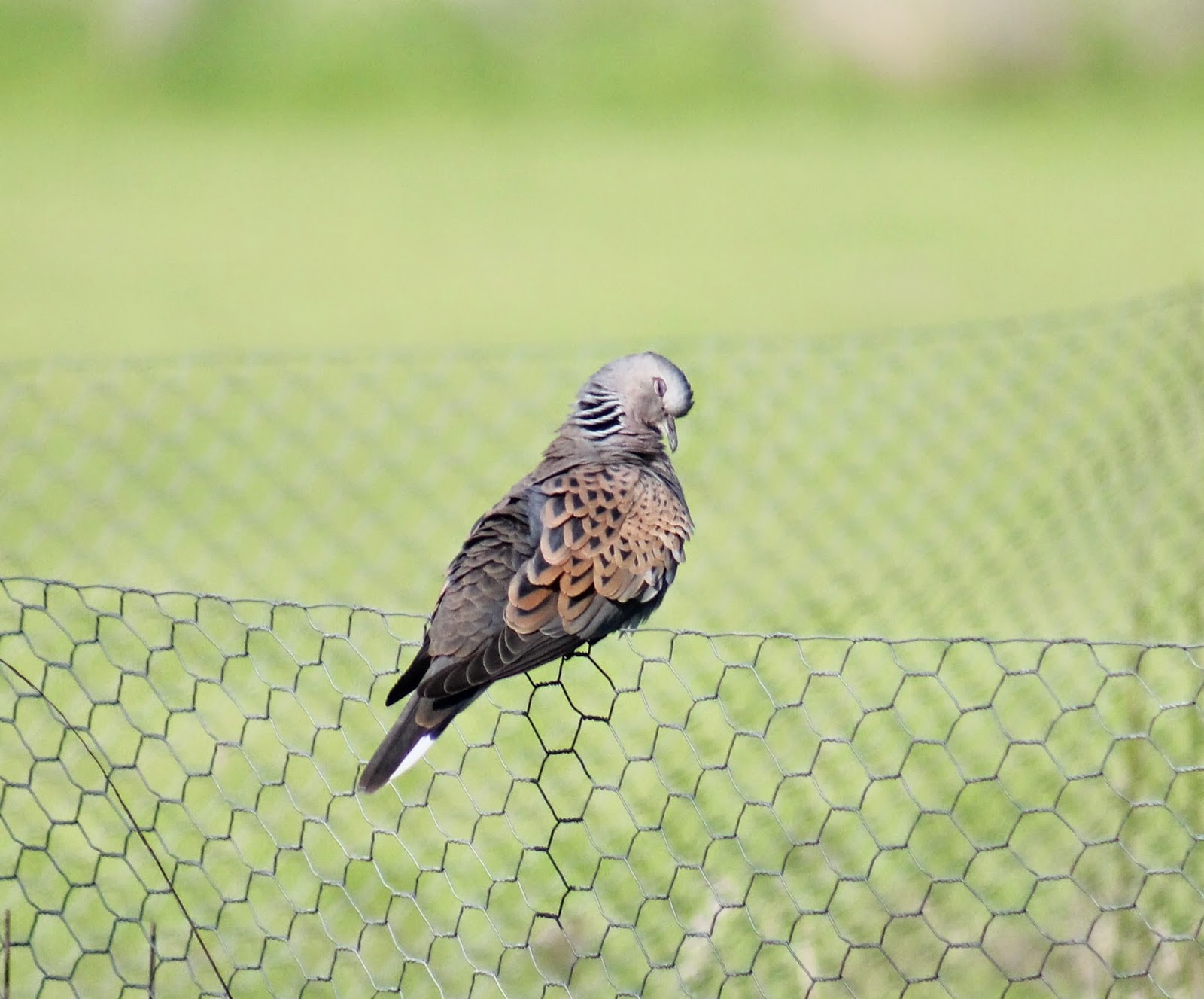 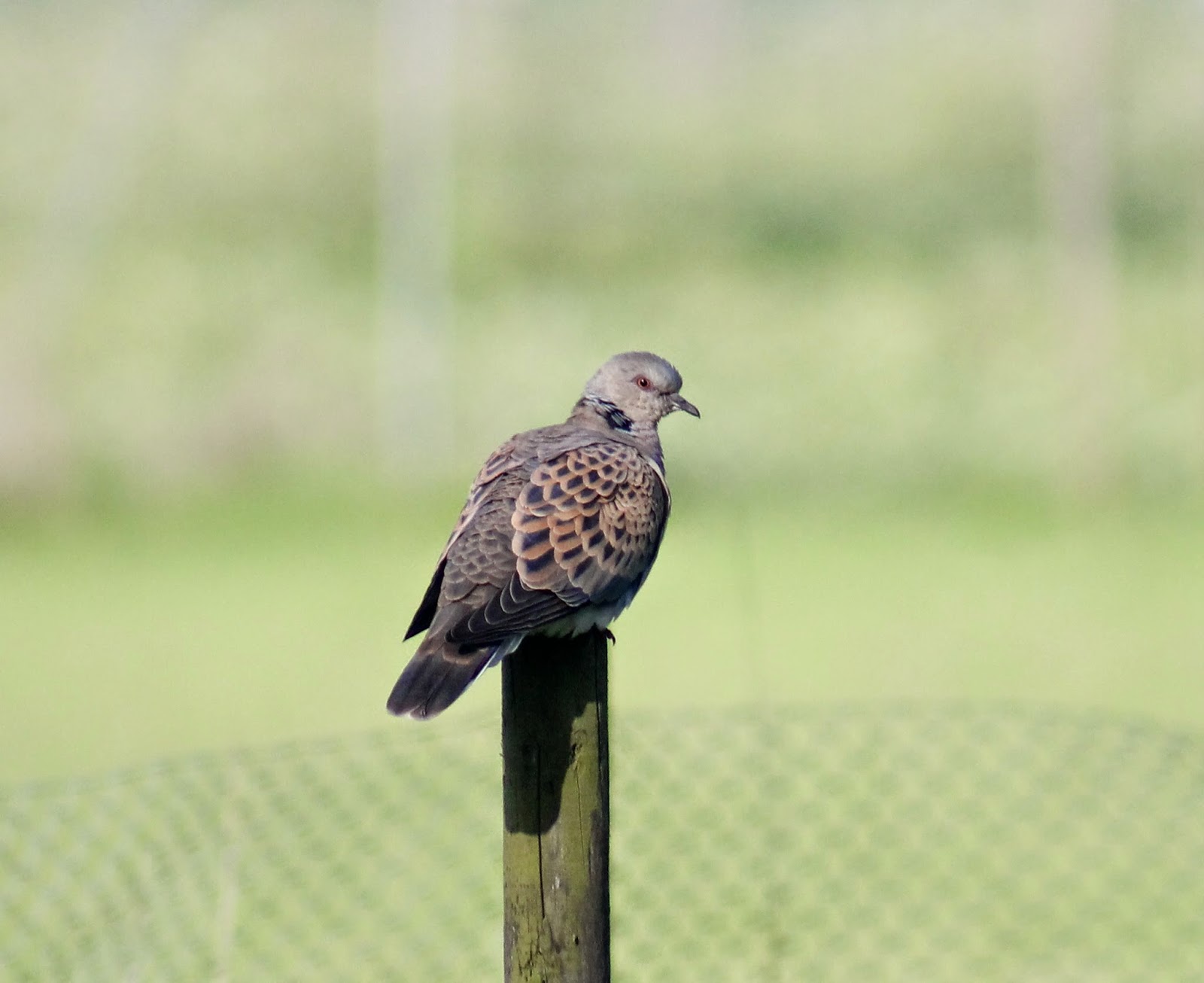 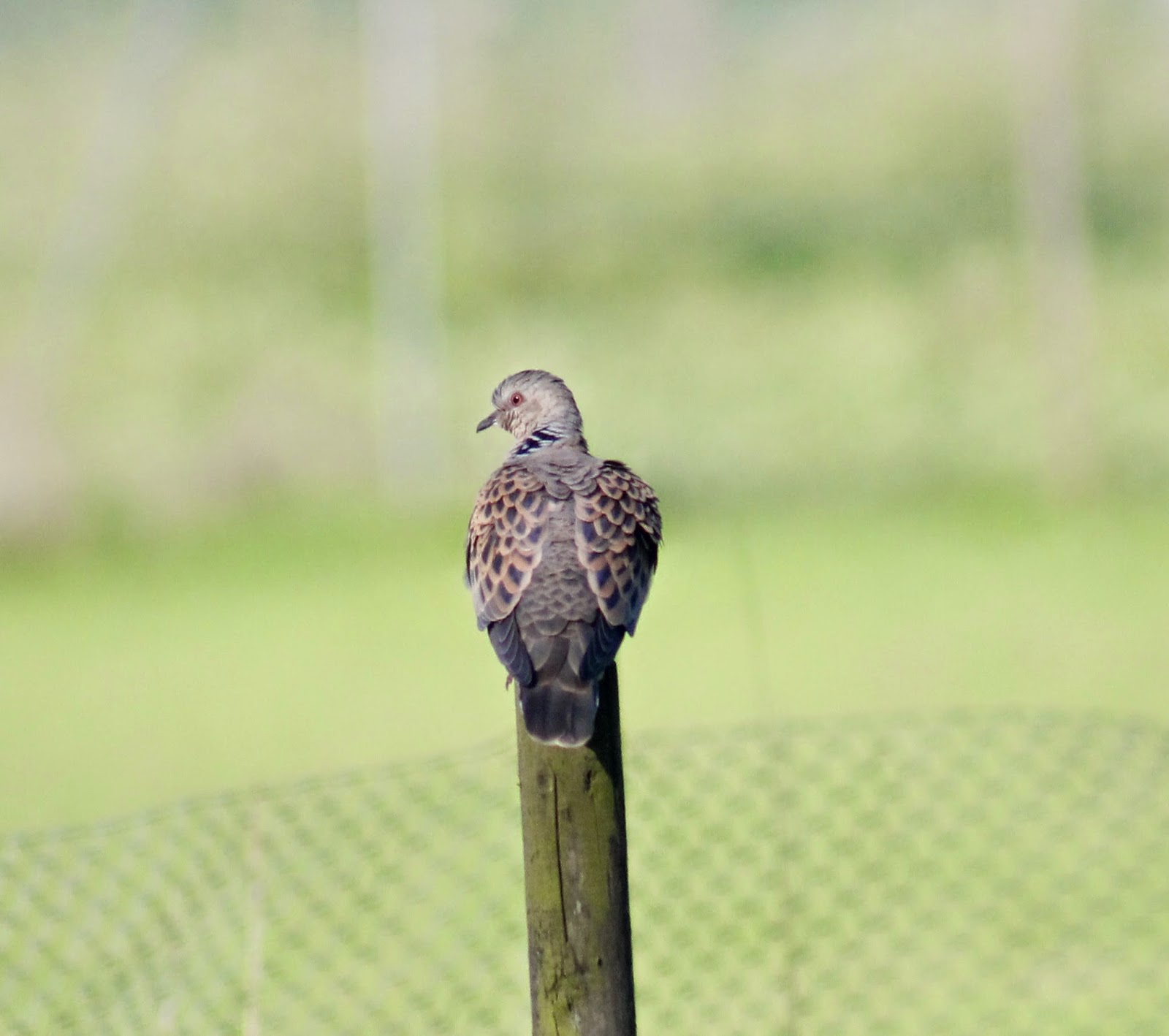 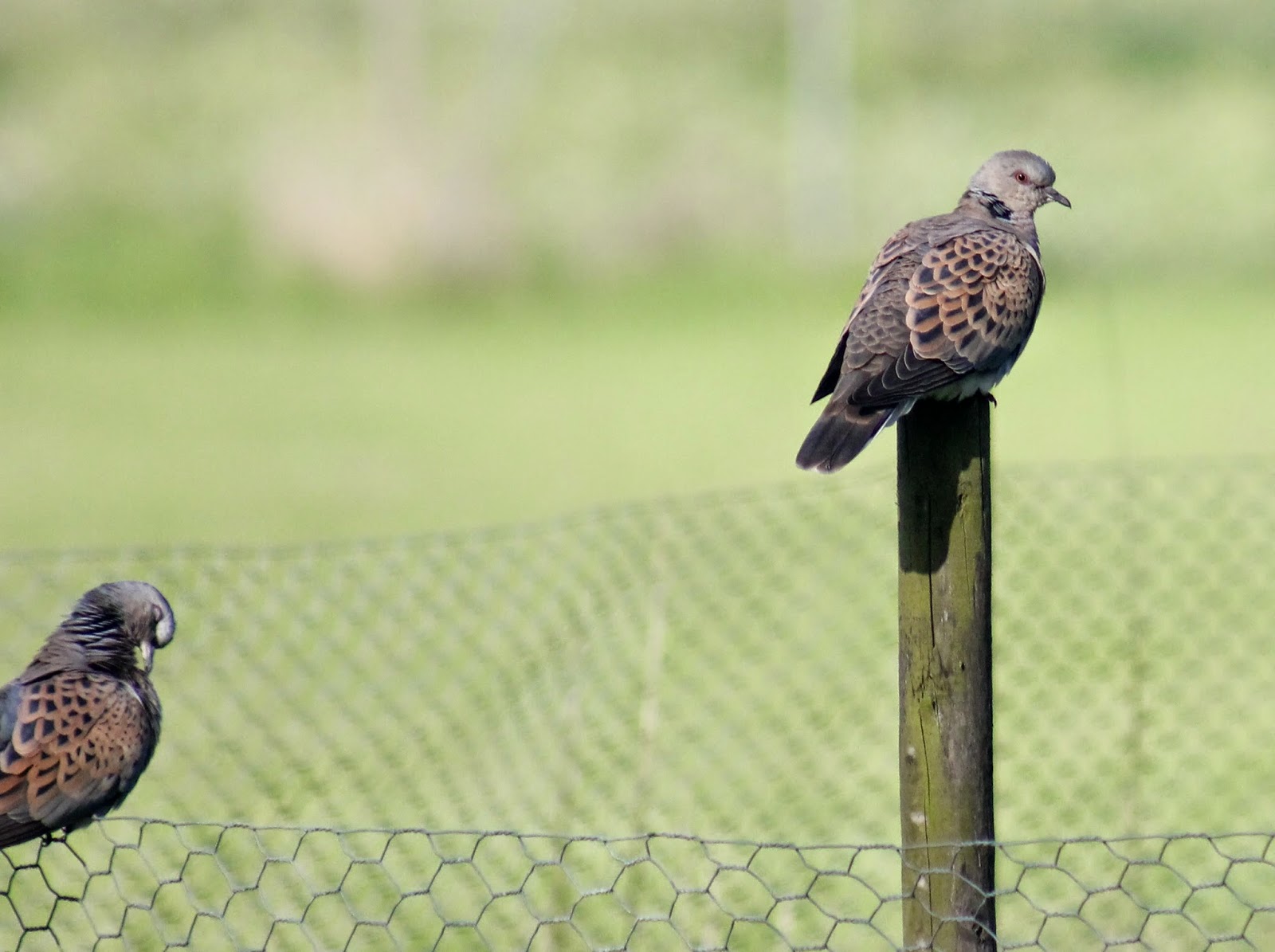 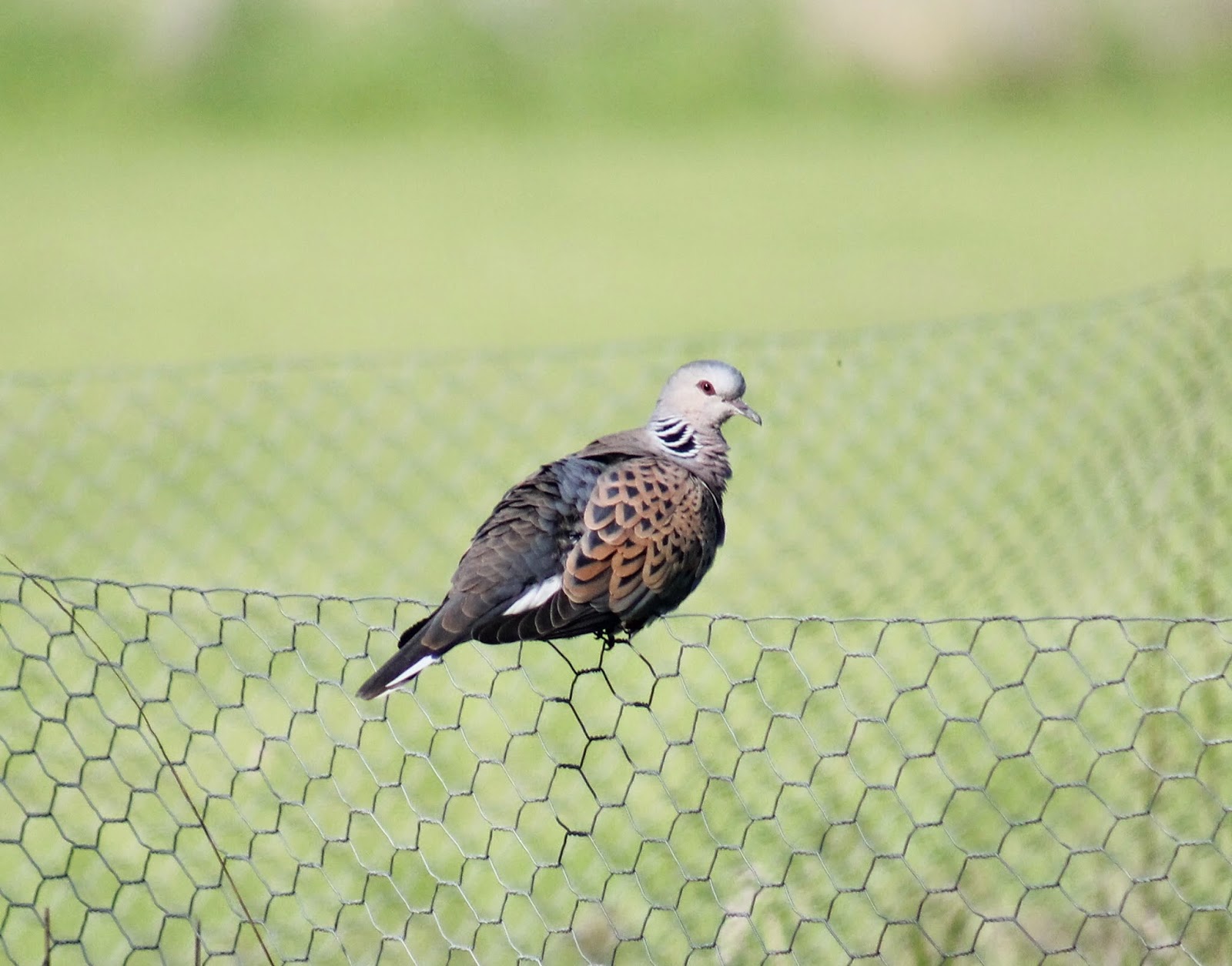 Westleton Heath
We left for a Nightjar watch at Westleton Heath at 19:30, as 3 had been sighted. We got a cracking Little Owl on a telegraph pole in Peasenhall on the way. We got there at about 20:30. It was a great evening. Clear skies and no wind. A Nightingale was singing, so we listened to that for a bit. Lovely birds to hear, pity about not seeing it!

We then listened to a pair of Dartford Warblers singing before hearing the first Nightjar churring.

After getting a nice flighty bird, we ended the night with 3 Nightjars, favouring a fallen tree as it's perch. There were also Stone Curlews calling as well, presumably the ones from Minsmere? A great day!
Posted by Ben Moyes at 11:25