The Final Day on the Island, and with all the birds seen on the holiday already, what an earth should we go looking for. We all had a vote of the bird we wanted to see, and the answer was the Dipper. Researching the best places to see them was a bit of a struggle, but the River Aros, and Loch Ba seemed to be the places that stuck out the most. Looking at the map, it seemed that these places were in the north-ish part of the Island, and we were based in the south, so we had to allow about an hour and a half's journey to get there. So we got cracking straight away.

With today being like all the other days (sunny), Wheatears, Pipits, Hoodys, Ravens, Buzzards, Eiders and the Hen Harriers were all visible, along with the Shorties from Pennyghael.

We arrived along the River Aros, but with only passing places in sight. We couldn't see a Car Park, so we parked in one of the passing places - naughty naughty. We walked down the river about 50 yards, and with a pair of Grey Wagtails hopping about on the rocks, but no Dippers yet. We got to the point where we thought we should move the car, so Dad went back to move the car while Mum and I stayed to look out for the Dippers. 2 minutes later, I said with excitement "Dipper!" Mum soon found it after I described it and we got great views. 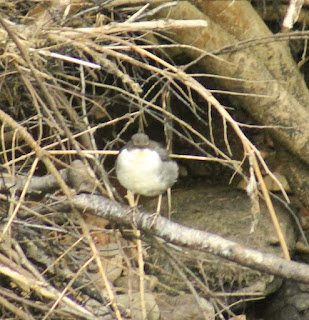 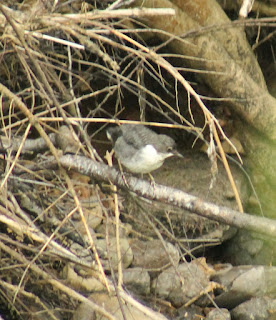 Obviously wants to get good shots of itself!

Loch Ba didn't produce very much at all, only a Red-breasted Merganser, Willow Warblers and Siskins, with a Cuckoo too, but a Toad was an interesting find, clumsily moving about in the damp leaves... 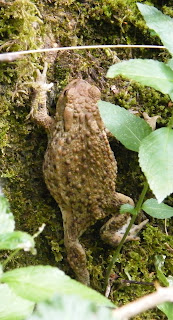 A brief sighting on the way back was 3 Otters running across the road right in front of the car, incredible. This sighting was actually on Day 5, I just forgot to put it on there.

Some of you may have noticed the Nightjar picture on the left hand side of this blog under Rarity Pictures, and that will be my next post, including a rare garden visitor, and also, another patch visit, with some good sightings. Speak to you soon.
Posted by Ben Moyes at 17:39