Dam, it's gone, but still a great day!

On Sunday, all of us went to Cley, on the North Norfolk coast. We went their to go and see the Pectoral Sandpiper that had been lingering over there. Today was more of a wading day, with less passerines due to with the water. Unfortunately, the Pectoral Sandpiper had moved on to Titchwell, but there was still plenty to be found out on the marsh.
We started the day by heading to Avocet, Dawke's and Teal Hide, looking out onto Whitwell and Simmonds Scrape, along with Pats Pool. The first Little Ringed Plovers of the year were loitering around the scrapes, along with many chicks. Its great to see these summer visitors breeding locally! Also about were plenty of Ruff, Avocets and Black-tailed Godwits. Also, some first Bar-tailed Godwits of the year were in amongst the Black-tails. Moving on to Teals Hide, 2 Green Sandpipers were visible on Pats Pool, but only briefly as they soon went out of sight. 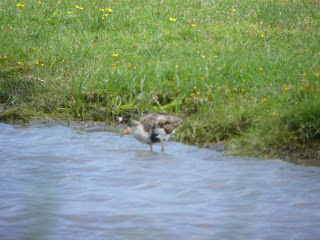 We then moved to Bishops Hide viewing Carters Scrape, and not a great deal in the hide, but all 10 Spoonbills were in the air spreading their wings, but soon landing on North Scrape. Some Common Sandpipers were viewable from Bishops and Teal Hide, and not that elusive.
Moving on to walking along East Bank, and several Bearded Tits were flitting along the reedbeds, with this one nearly in the river.... 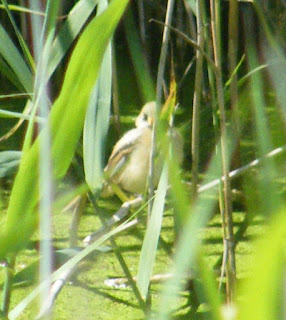 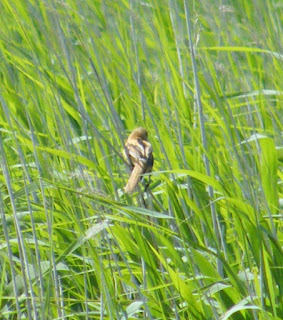 Both Bearded Tits along East Bank

We got to the beach and a nice Whimbrel flew past along the sea, heading west. Another nice sight was about 50 or so Sandwich Tern fishing near by on the shore - see bottom video. We got to the hide looking out onto the North Scrape, and all 10 Spoonbills seen earlier were resting on a bit of grass. The key bird to see in here first though, was the juvenile Curlew Sandpiper, a bird I have never seen before. It took a while to find  it amongst the Dunlins, but 2 Knots were resting nearby the hide. We got some pics, but their not brilliant.... 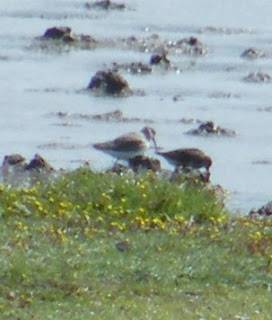 This one being the better image, paler bird, center. 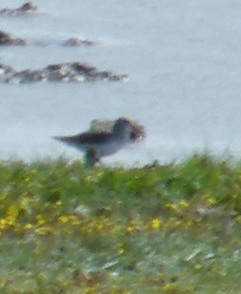 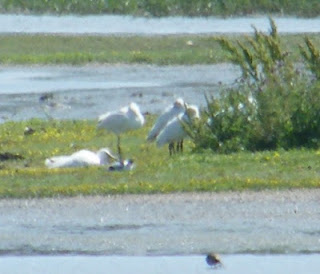 Last but not least, a beautiful male Linnet sitting on some gorse, followed by some Sandwich Terns. 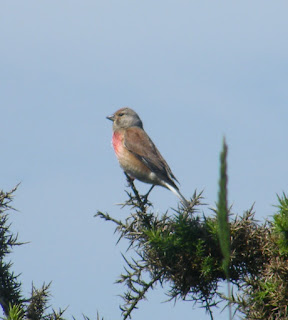 Just a quick update on our Woodpecker, and we haven't seen him since Saturday, so maybe are peanuts have gone soggy, or maybe his young have fledged, so he has to keep care of them. Possibly going birding on Monday with weather pending. Happy Birding.