On Sunday 21st September Dad took me up to North Norfolk as I was eager to connect with the Olive-backed Pipit at Wells Woods and the several Red-breasted Flycatchers at Burnham Overy Dunes. We arrived at Wells Woods, and as I was getting my ticket, I noticed that Penny Clarke (see her fantastic blog here) was standing right behind me. We had a chat about her twitch to see the Masked Shrike in Spurn, and then made our way up to the Dell

We found the birders standing on the bank, and had great views of the cracking Olive-backed Pipit. The light was pretty poor however, so we done well to get the pictures we did. There is a video too, but the bird was on the move, so try and keep with it! 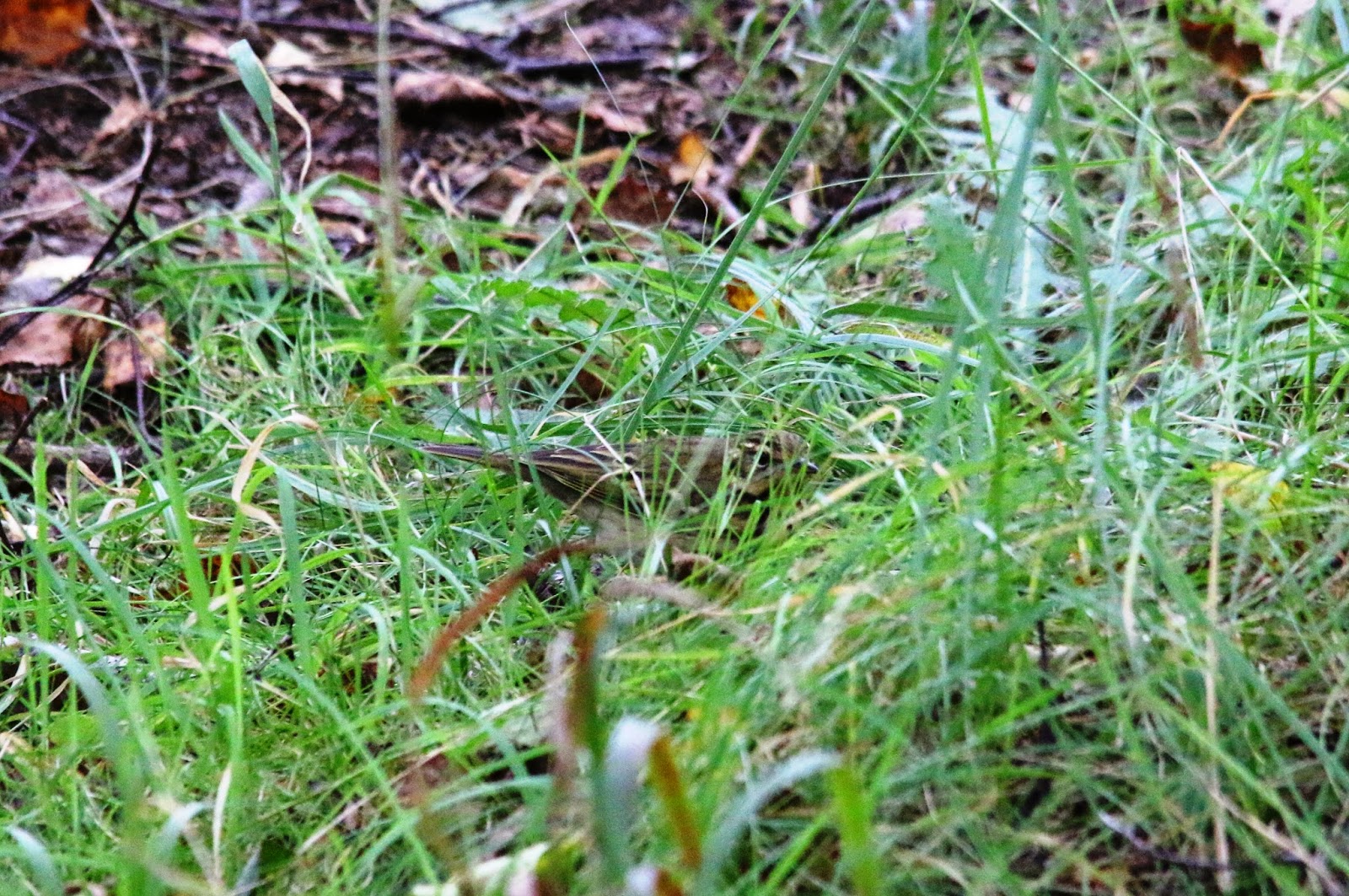 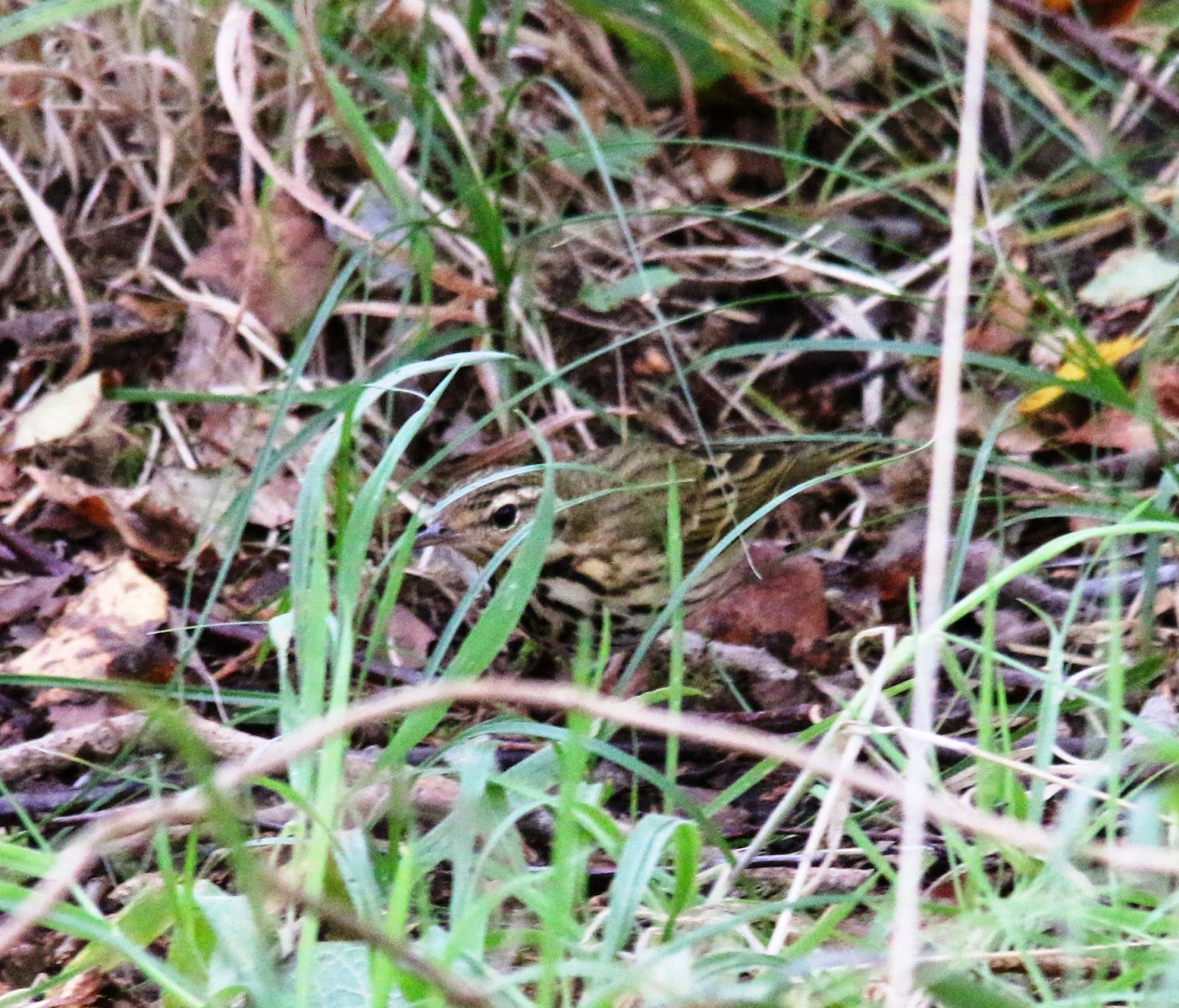 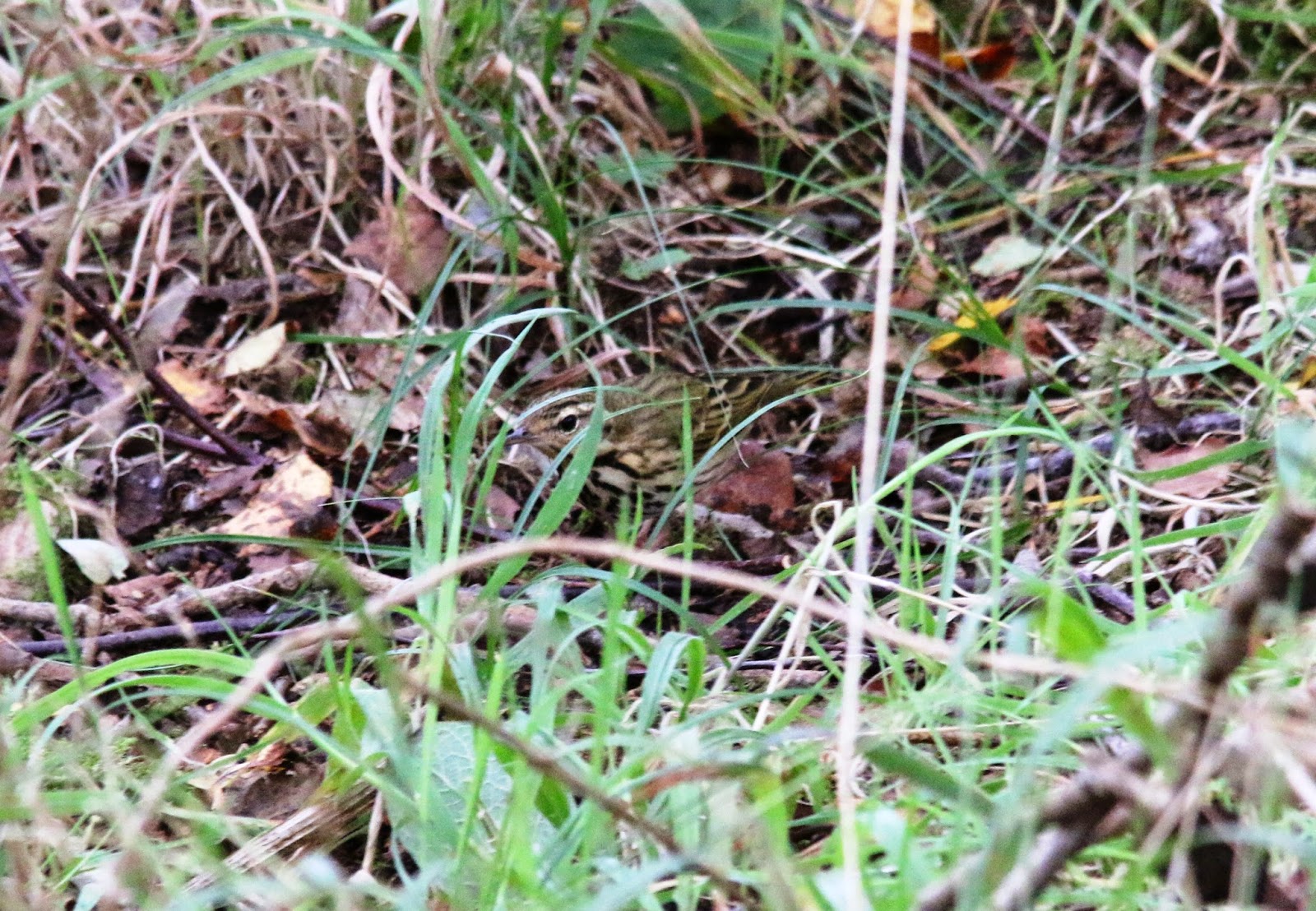 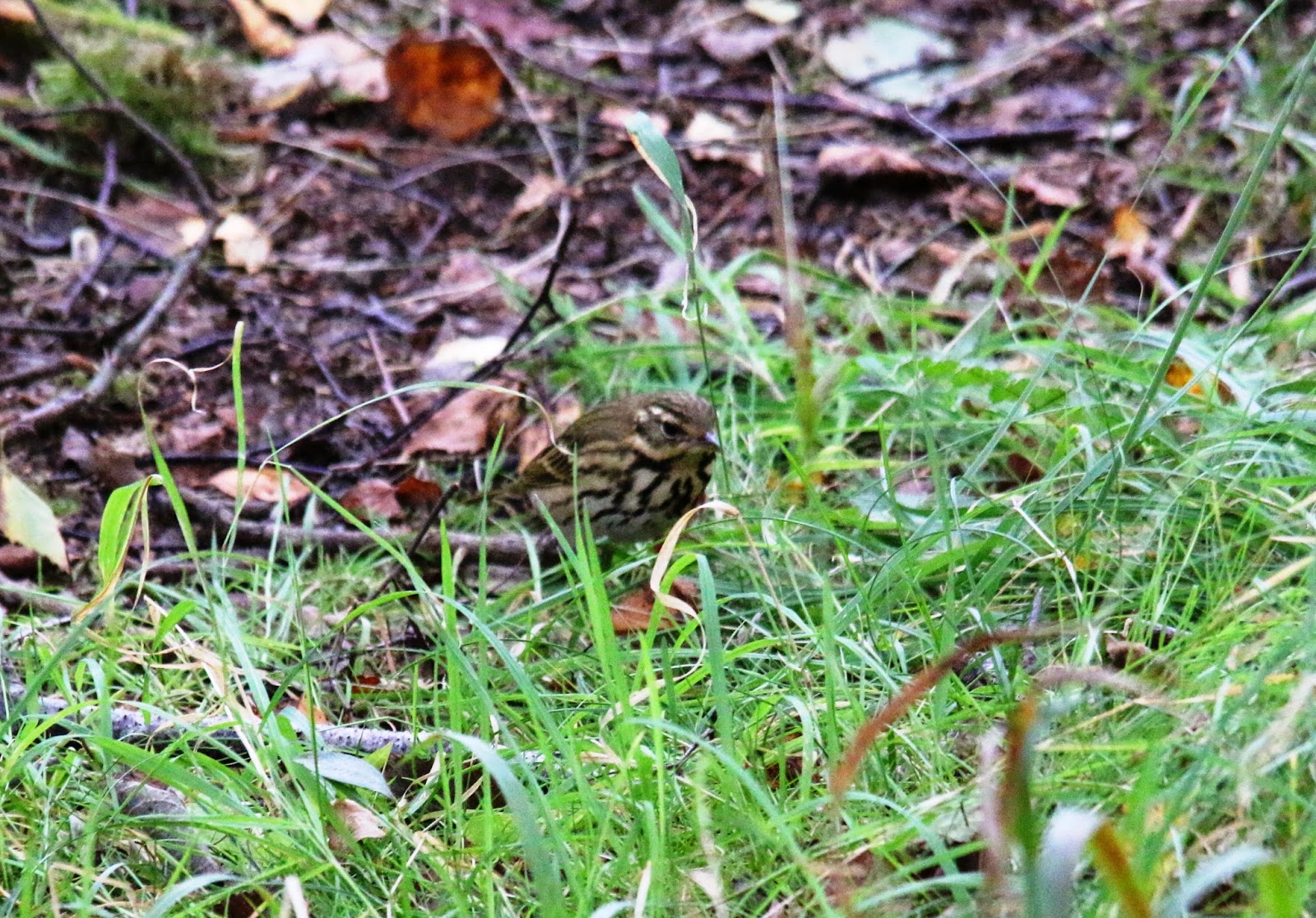 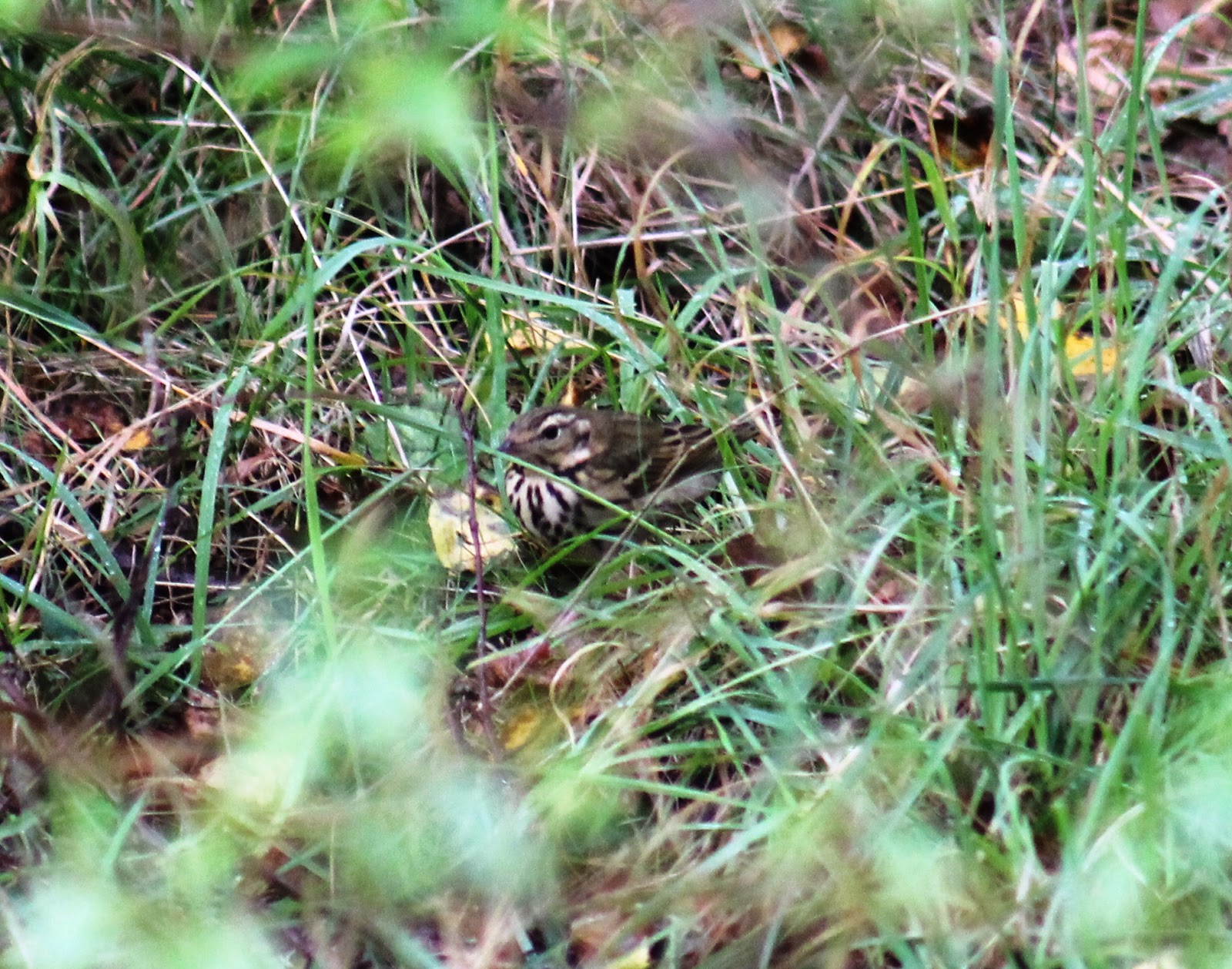 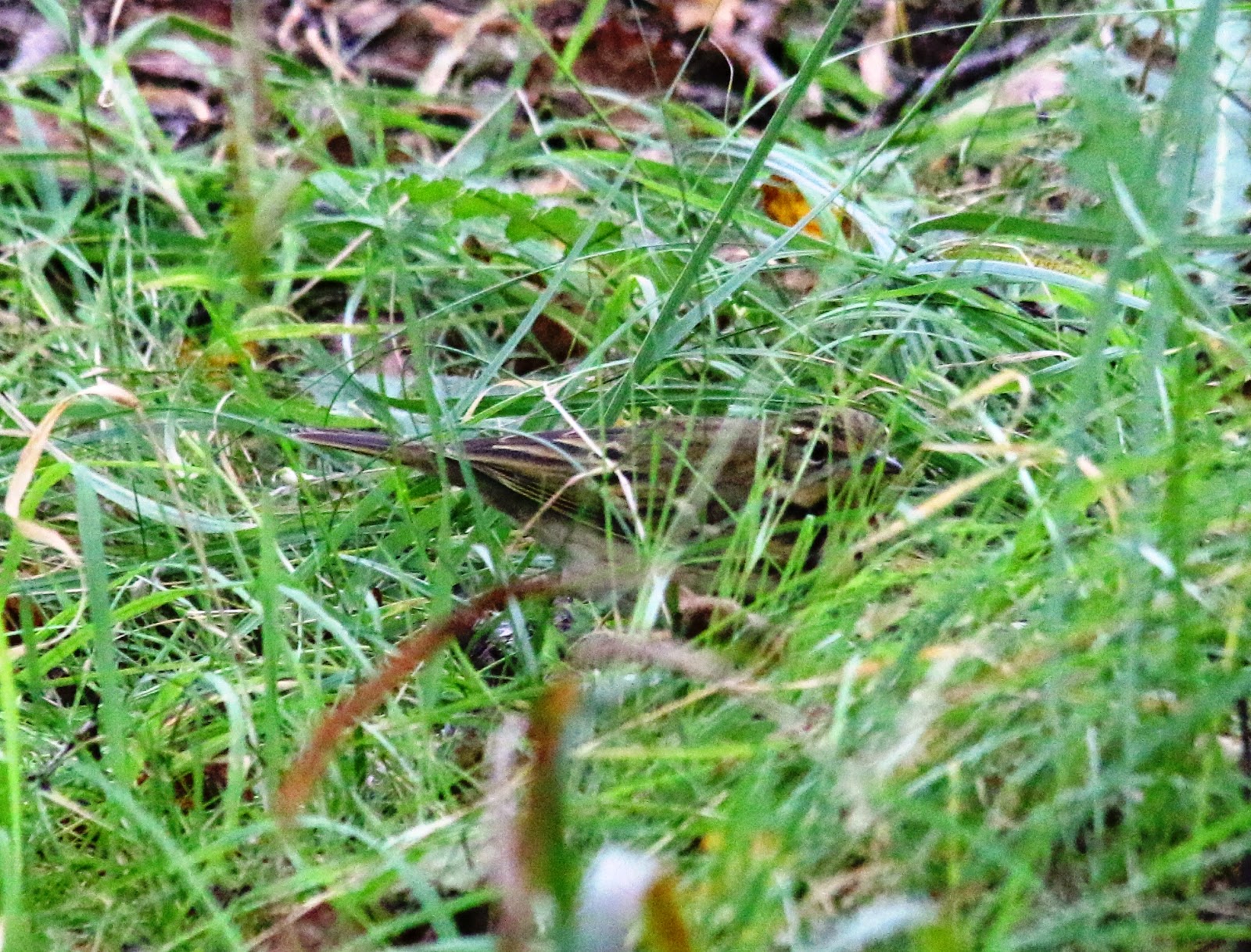 It then flew off so we left. We then went to Garden Drove, Warham with Penny and Eddie M. Found absolutely nothing apart from a few Robins. The strong wind had blown nearly all the migrants away, so all the Red-breasted Flys were gone which I was gutted about.

We then went to Salthouse, to see the Barred and Yellow-browed Warbler. Several people we watching the Barred Warbler at close range. We managed to get some pretty good shots of this and another video. 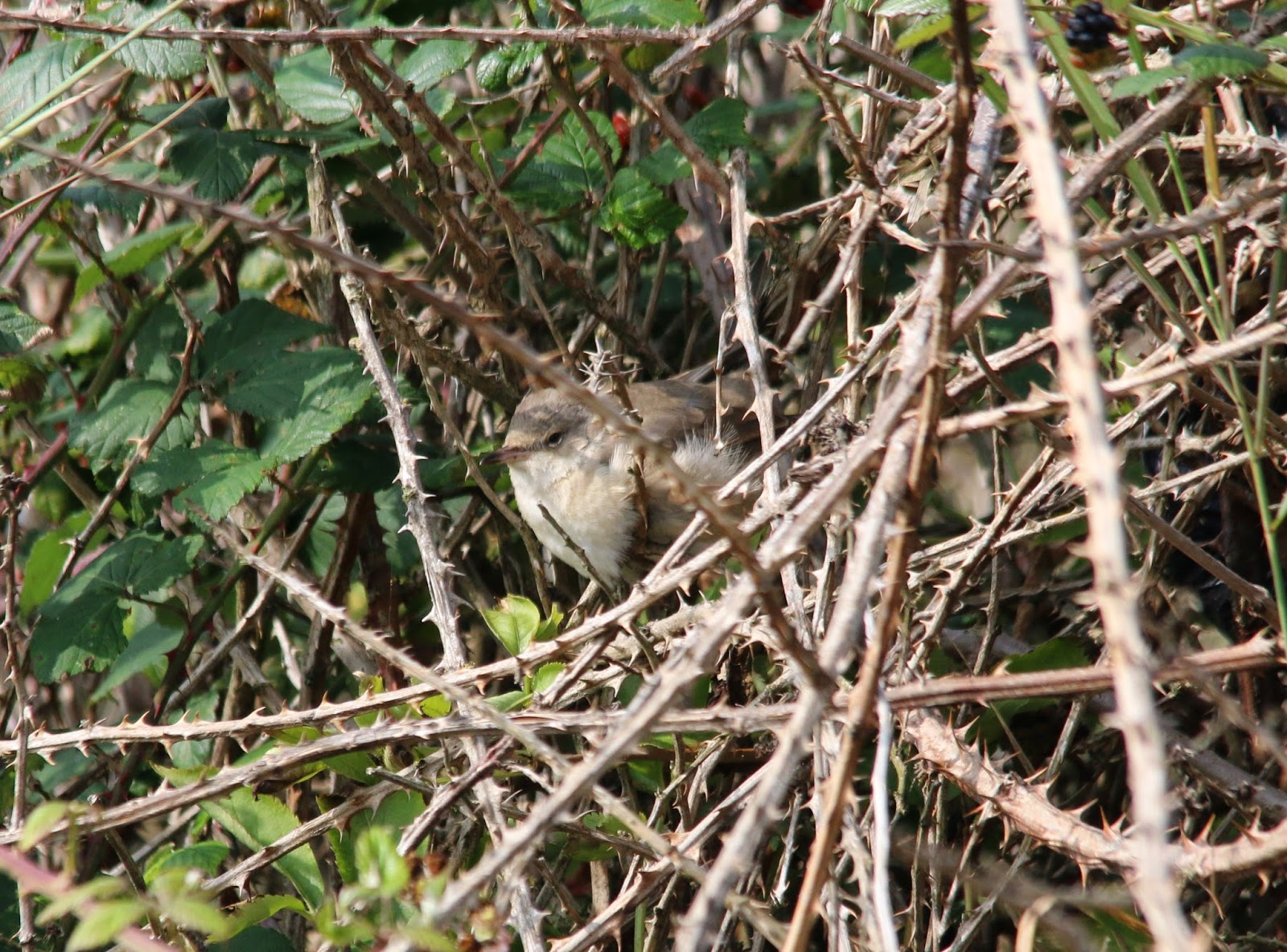 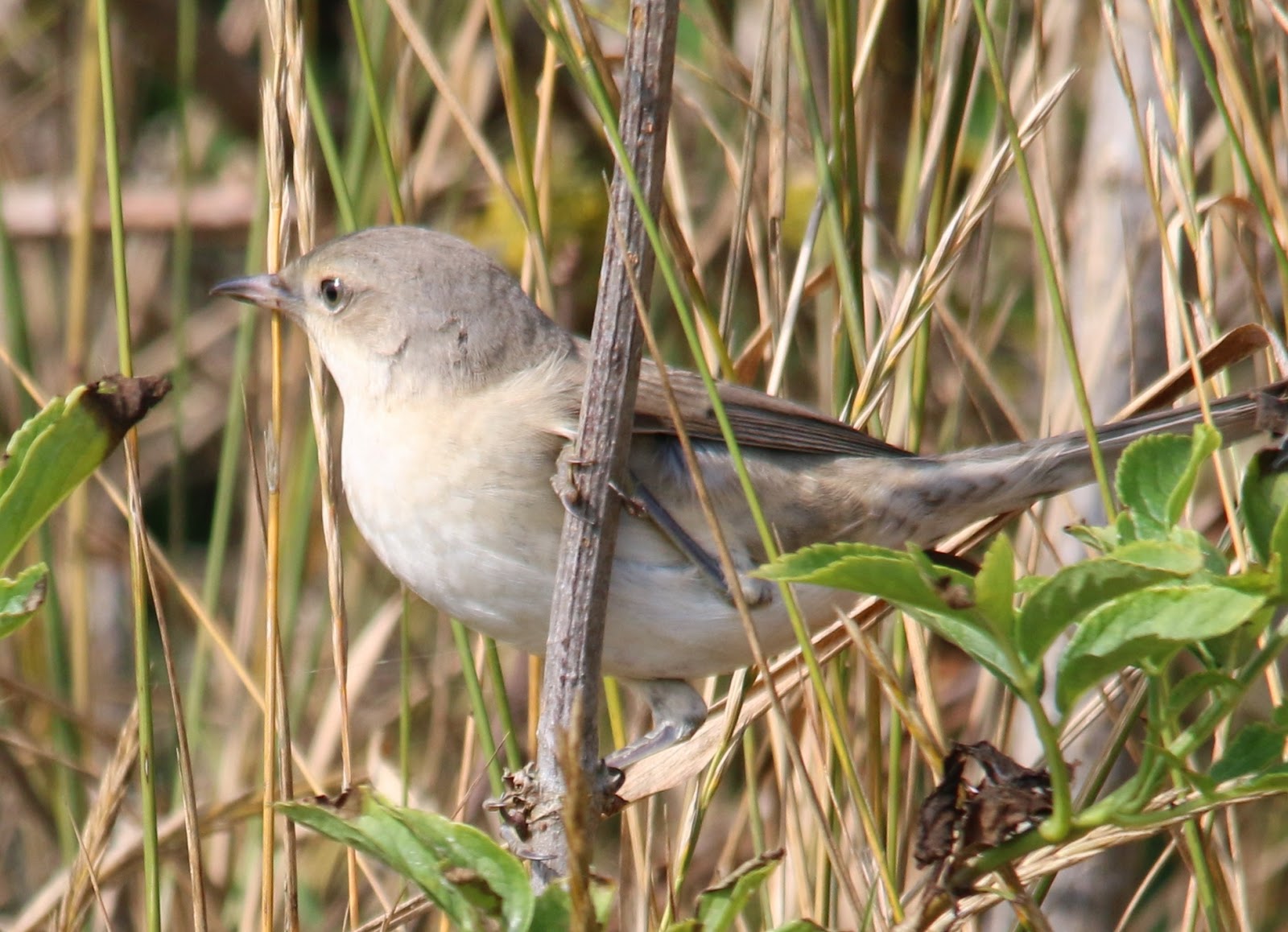 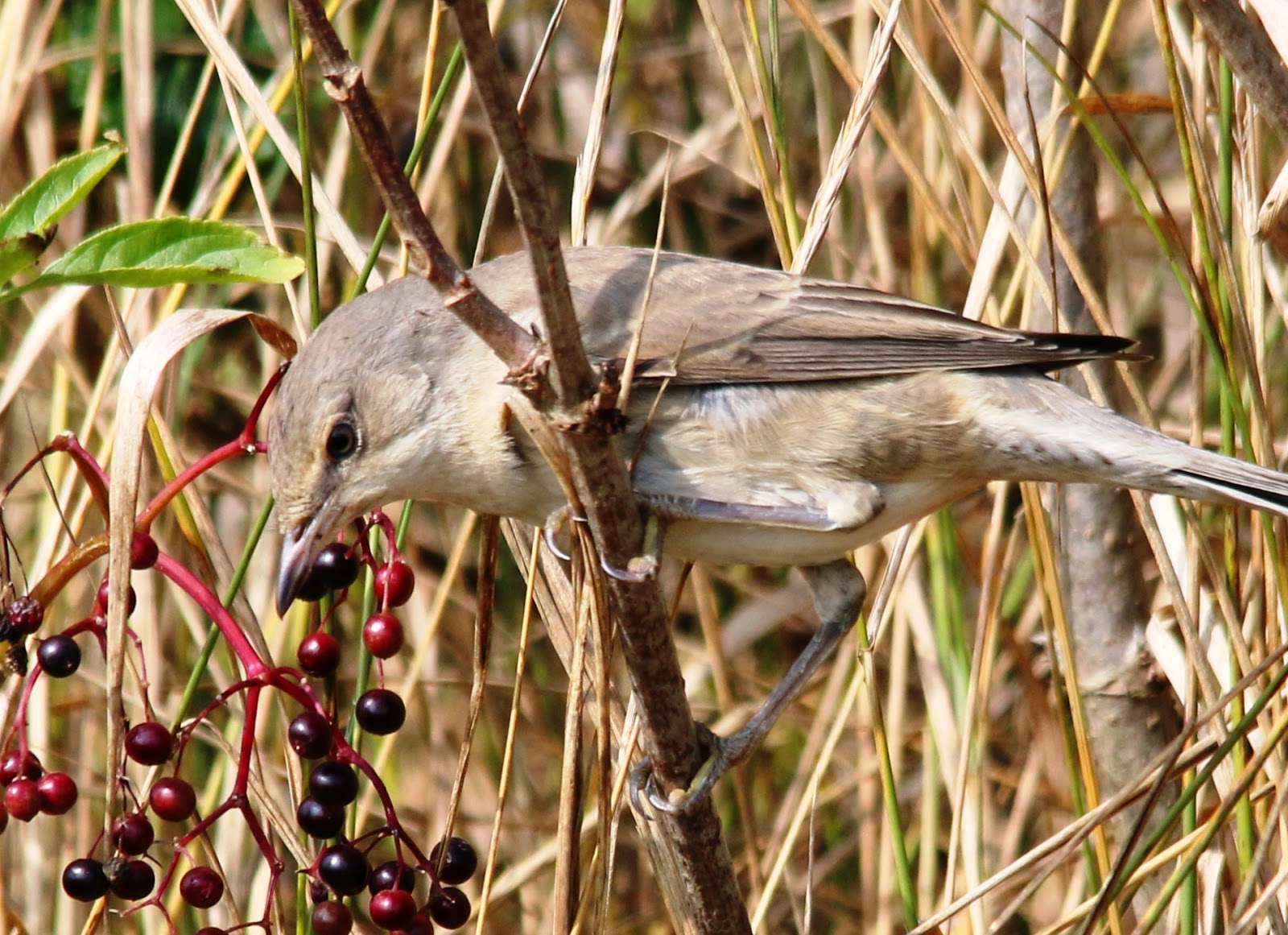 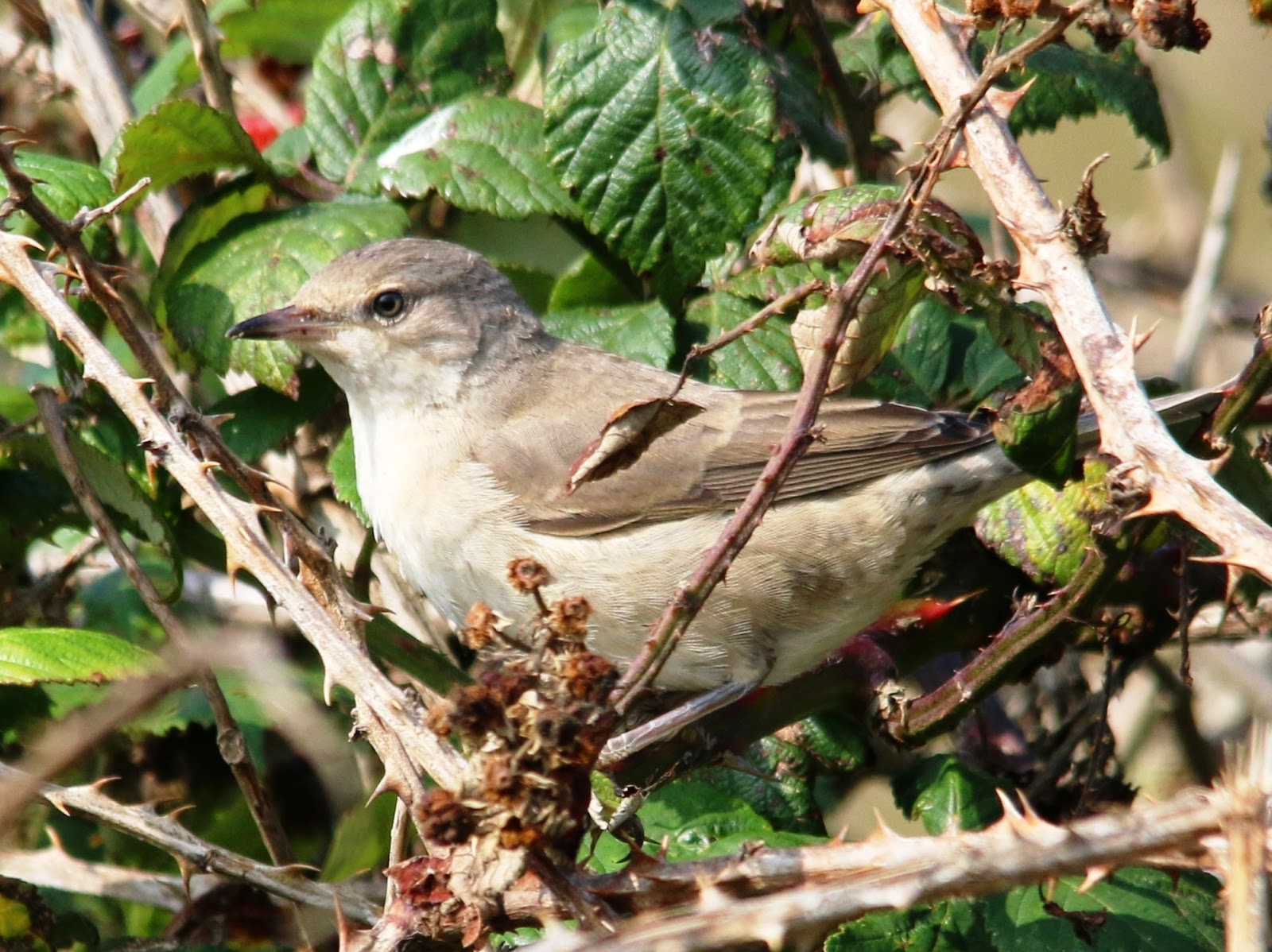 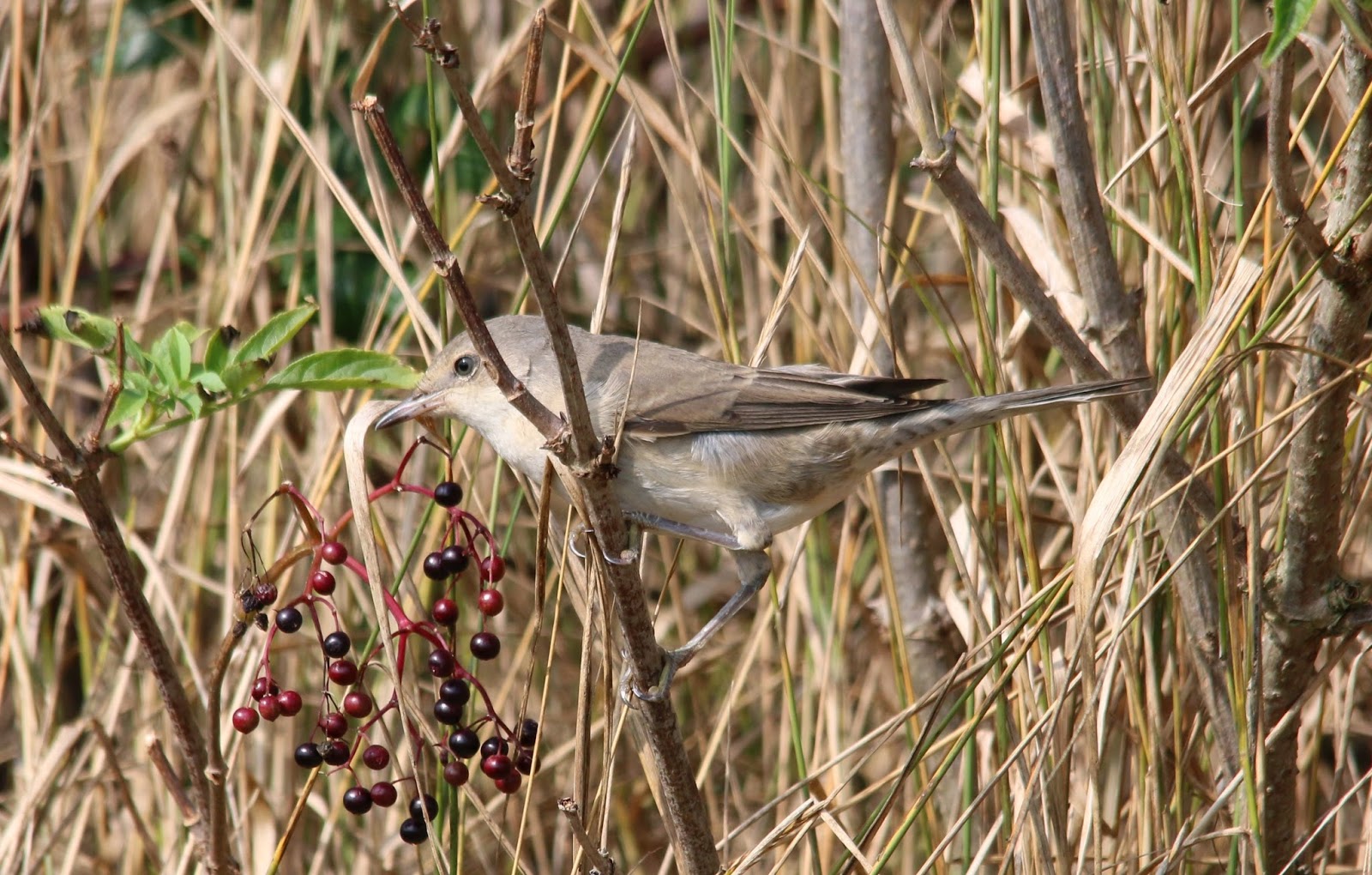 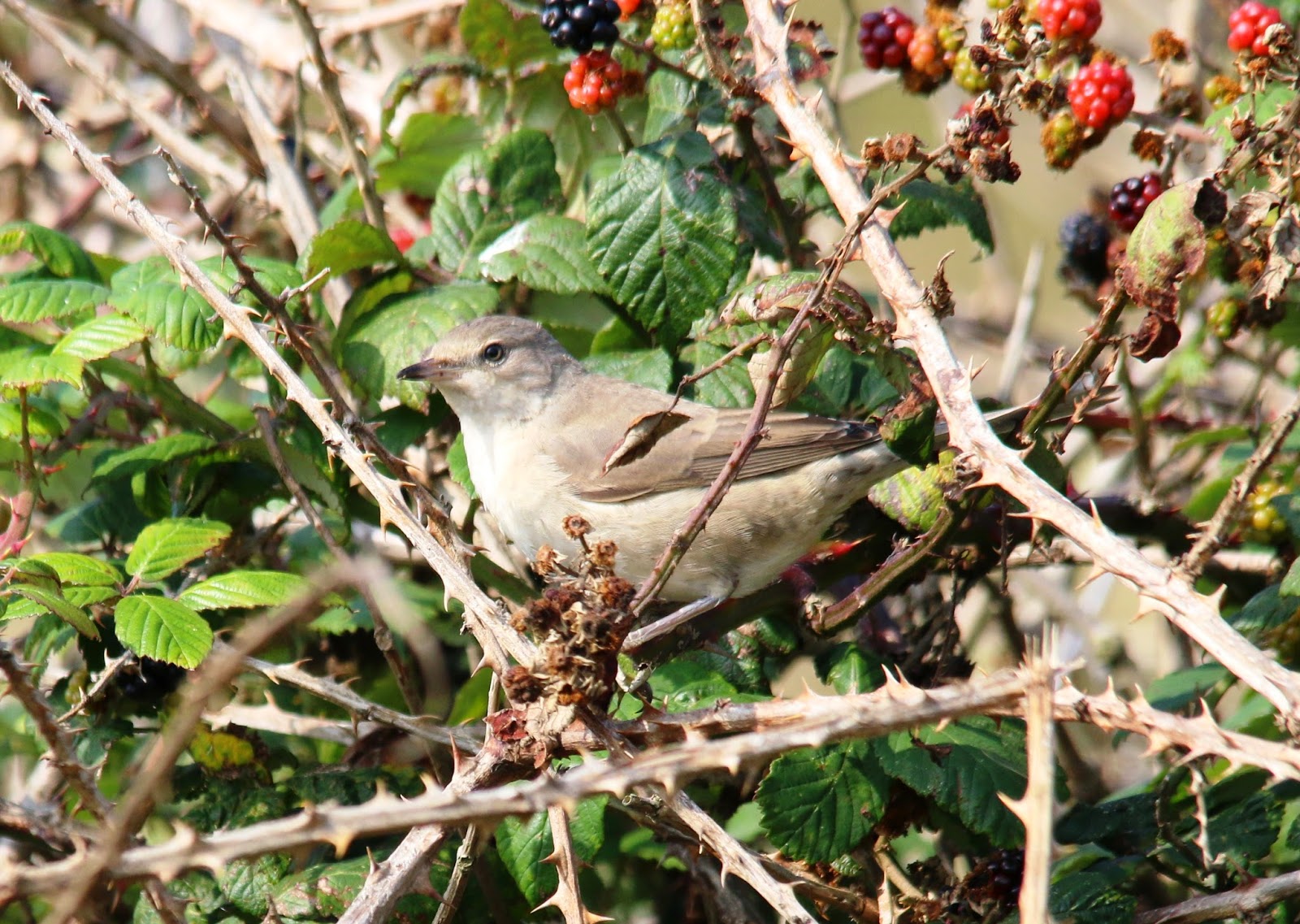 We then went to see if the Yellow-browed Warbler was showing. It hadn't been seen for an hour, so our hopes weren't up. We got there and no other birders in this area of bushes and it was feeding on the bushes! Incredible! It was only there briefly so I could only get a record shot on the little camera... 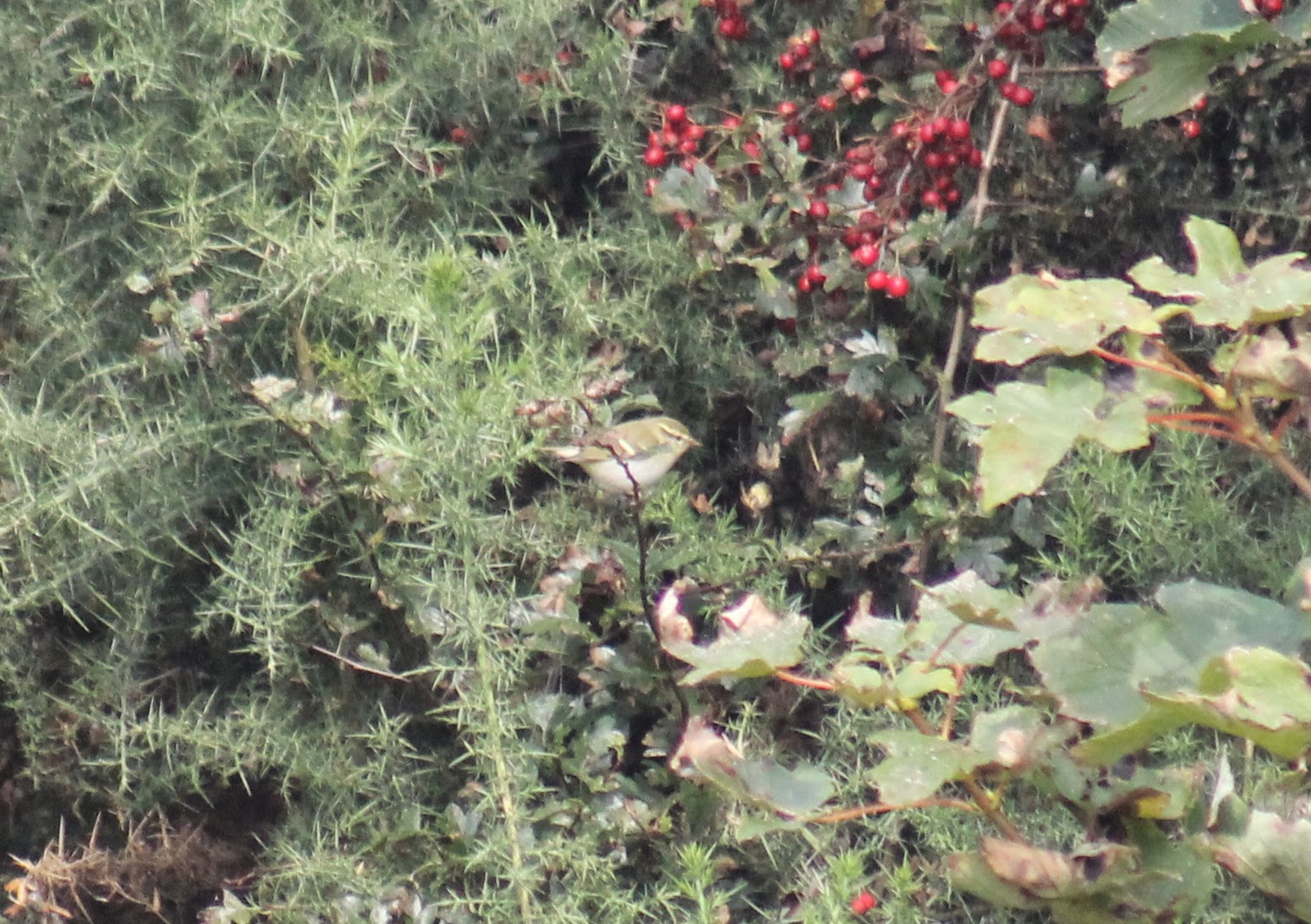 We then went to do a bit of sea-watching for the last part of the day at Cley Coastguards. Quite a few people were in there, so eyes were always on the lookout. I managed to see my first ever Sooty Shearwater (2), with several Manx Shearwaters and Gannets, 2 Arctic Skuas and 1 Bonxie. The chap next to me (Pete Snook I think his name was) spotted a "large Shearwater"flying east. We never really got good views of it, but we think it was a Cory's, but we weren't definite so I couldn't tick it as a lifer.

Still though another great days birding!