What A Birthday Treat!

For my Birthday, Mum and Dad decided to take me out birding on Sunday. We were initially going to go to Cley, and Holkham, but the weather forecast wasn't brilliant, so we decided to go to Lowestoft and Great Yarmouth. As we were all going out, that meant that I had the little camera, so I could take videos. Yipeeeeeeeeeee! I left Mum and Dad to do the pictures, and me to do the videos. Splendid.

We started at Great Yarmouth, looking for the Shorelarks. We parked about 1/2 mile north of the pier, and then walked south. There was one birder, who we met, and asked if he had seen them. He said that the Shorelarks couldn't be towards the pier because the amount of dog walkers and fisherman down there was unreal. He was right, but we still went down there to have a look. On the walk, we saw 2 Med Gulls flying around. 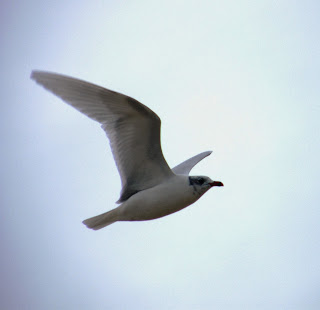 I then had a scan around on the beach about 300 yards north of the pier, and blow me down I could see 4 Shorelarks flitting and feeding around the shingle. AAARRRGGGHHH! We got down there, and we got within 15 feet of some these birds. It was an incredible Lifer that I have tried for humpteen times, but we finally connected. 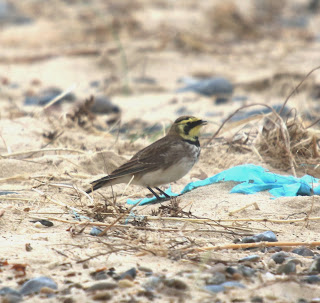 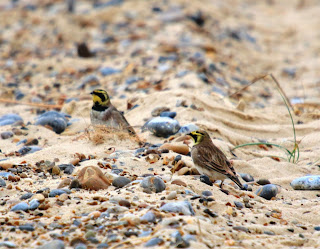 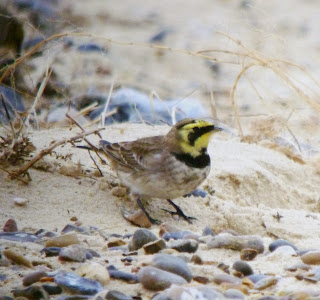 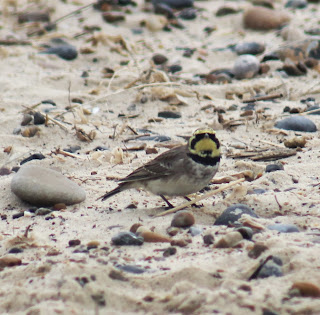 We then met 3 birders. A man, a woman and their daughter Lucy who was a late teenager, and she was a person who was looking for young people who are interested in birds, like me. She is part of the BTO. We enjoyed the birds together, and then left them to it.

We then went to Links Hill Beach, in search of any Snow Buntings. Once again, there were plenty of fisherman, so no chance in them, but we did get 2 self found Purple Sandpiper on the rocks with Turnstone. Also, there were 4 Med Gull in the car park. 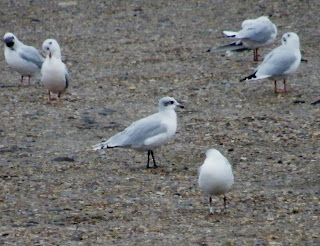 We then decided to go and try for the Glaucous Gull at Hamilton Dock, Lowestoft. This again would be a lifer. When we got there, there were about 13 birders, but we went away from them, and closer to the gull, which was one of the easiest lifers I'll ever get. It was soooo close. 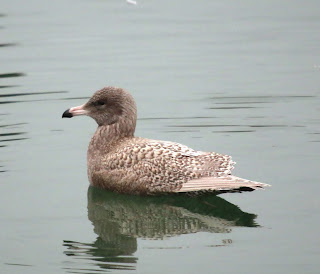 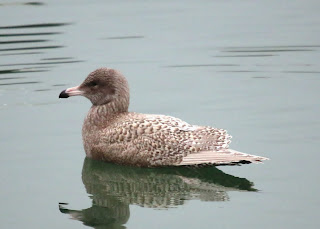 Then we ambitiously thought to go to Winterton to get the massive flock of Snow Buntings. We got there, and the 3 people we met at Great Yarmouth were there. We were at the North Dunes at this point, and we had seen nothing. We asked them if they had seen anything, but they had seen nilch too. They had just been to Sea Palling, to see the Humpback Whale, but they had seen nothing. However, I just had a message in the Whale was seen 5 minutes ago. I told them, and they couldn't believe it. They ran back to the car park. We thought about doing that too, so we started to follow them. But then, out of the corner of my eye, I caught a view of some small birds with white wings. I shouted to Mum and Dad "Snow Buntings," and we went back and got pics. There was about 40 birds present. The light was poor though. 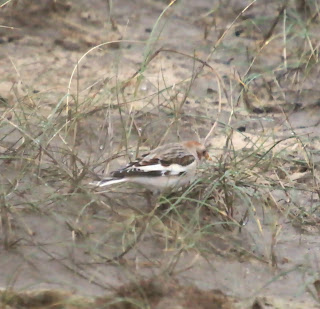 We then started to head back to the car park, to go to Sea Palling. As we started to walk back, a further 60 flew over our heads really low. It was incredible. No picture though :(

We then got to Sea Palling, and got to the crowd of people on the dunes. The viz was poor, and you could hardly tell the sky from the sea. We didn't see the whale, so we headed back and had a great lunch at The Countryman. The food was great. What a birthday treat.